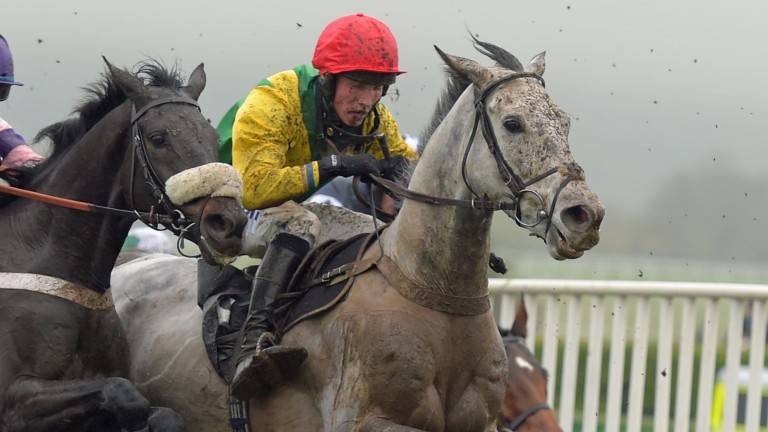 Joe Tizzard described the explosive start made to the season by his father Colin's Dorset yard as “a dream come true” as they look forward to continuing the run of big-race successes when Viconte Du Noyer tackles the £140,000 Betfred Becher Chase at Aintree on Saturday.

Cue Card and Thistlecrack – who could clash in the 32Red King George VI Chase at Kempton on Boxing Day – plus Native River are all potential Gold Cup runners in March, while it is hoped Viconte Du Noyer, transferred to the yard in September by Alan and Ann Potts, will prove himself a proper Grand National candidate on Saturday.

“We’ve got plenty of horses for the big races now – and they’re good ones too,” said Tizzard, assistant to his father. “It’s a dream come true for us, and a lovely position to be in.

“The horses are all healthy. They’re really, really well. We’re having a dream run out on the track. Let’s hope it continues.”

No final decision will be made on superstar Thistlecrack’s Boxing Day plan until much nearer Christmas, but he will definitely be in action at Kempton, with the Grade 1 Kauto Star Novices’ Chase an alternative to the King George.

Already favourite for the Gold Cup on the back of an imperious campaign as a staying hurdler last season − which culminated in World Hurdle triumph – and three victories from three starts in novice chases this season, Thistlecrack has come out of Saturday’s Newbury triumph in top shape.

“I thought he was hugely impressive at Newbury,” said Tizzard. “In fact, he looked as outstanding a novice as I’ve ever seen.

“He’s come out of the race really well and we’re all tremendously excited about him.”

Cue Card will bid for back-to-back King George triumphs at the end of the month, and Tizzard said: “He’s in lovely form – as good as he’s ever been. Nothing suggests he’s in any less form than last year, and he deserves to be favourite.”

Plans are fluid for Native River after his brave half-length Hennessy victory over Carole’s Destrier.

“He’s come out of the Hennessy well,” added Tizzard. “He looks an absolute picture at the moment. That was the plan since Aintree last spring and it came off. We’ll see what the handicapper does before deciding where to go next.”

All roads could lead back to Aintree in April if Viconte Du Noyer, a top-priced 12-1 for the Becher, continues the stable’s surge on Saturday.

“He was impressive at Cheltenham the other week, and the Becher looks the right race for him,” said Tizzard.

“It will tell us where we are with him. He’s in great form and I expect him to run a huge race on Saturday.”

The going on the National course was on Wednesday described as good to soft, good in places. It is slightly less testing on the Mildmay and hurdles track, which are good, good to soft in places.

Mainly dry conditions are expected for the rest of the week.

FIRST PUBLISHED 5:06PM, NOV 30 2016
The horses are all healthy. They're really, really well. We're having a dream run out on the track. Let's hope it continues