7:45 Windsor: the one race you do not want to miss on Monday 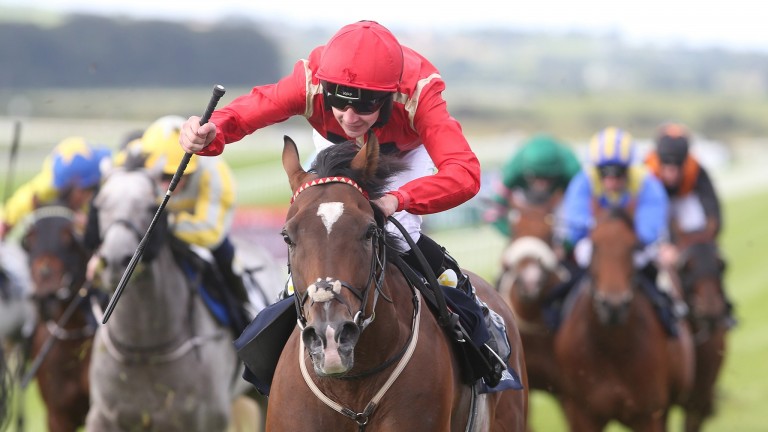 Time is running out to secure a place in the final of Windsor's popular Sprint Series and the latest qualifier for the finale on July 29 has attracted a competitive field of eight.

A top-six finish in any of the nine qualifiers will ensure a horse is eligible for the £75,000 final, won by Ice Age in 2017 and who is following a familiar path as he bids for a fifth win over course and distance on Monday.

He was slightly disappointing at the track last month but crucially that run came over 5f, when his eight career wins have all come over further, and this 6f trip is arguably his optimum.

His rivals include Walk On Walter, who missed the cut for the Wokingham at Royal Ascot before plan B at Chelmsford over 7f did not go according to plan.

He has climbed 20lb in the ratings since joining Jonathan Portman's yard and is another who looks to be running over his preferred trip here. 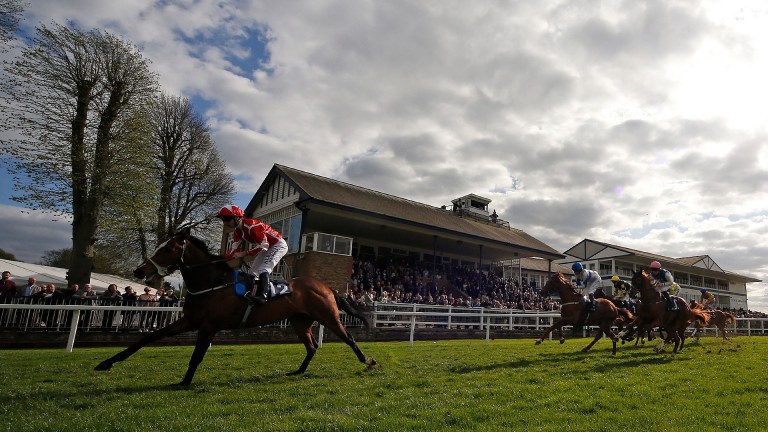 Ice Age has a remarkable overall record at Windsor. The six-year-old has run at the track nine times in all and finished outside the first four only once. His form figures over 6f here are particularly impressive, reading 41334111.

Supporters of Walk On Walter should be pleased to see Rob Hornby renewing his association with the four-year-old. Of the five times Hornby had partnered him in the past, three have ended in victory while they finished second and third on the other two occasions.

Polybius and Udontdodou are both dual winners at the track, but Equitation's course record is perhaps even more impressive with a victory and two narrow seconds from three runs over 6f.

Eve Johnson Houghton, trainer of Ice Age
He's dropped to a nice mark and we ran him back too quick last time as we were desperate to get him qualified for the final. He likes the trip and the ground will be no problem.

Jonathan Portman, trainer of Walk On Walter
We ran him the other day as he didn't get in the Wokingham and was bursting for a run. He didn't have his usual jockey or usual trip and it was a non event. Six furlongs has been the winning formula so far and we've left the hood off to see if it makes any difference at all.

Richard Hannon, trainer of Embour
He has a nice chance. He ran well last time at Chelmsford and is in good nick.

Robert Cowell, trainer of Victory Angel
He ran well at Newmarket on his first start for us and then was very unlucky at Windsor last time. He had nowhere to go and could have won the race for all we know. He's had one or two niggly problems which we've ironed out and he looks healthy and ready to go. I'd like to go to Goodwood for the Stewards' Cup so we need a penalty or two.

Rae Guest, trainer of Show Stealer
She ran very well last time and likes nice, fast ground, which we've been waiting for. She looks like she's going to get that and Silvestre de Sousa has won on her twice in the past.

FIRST PUBLISHED 6:00PM, JUN 30 2019
He's had one or two niggly problems which we've ironed out. I'd like to go to Goodwood for the Stewards' Cup so we need a penalty or two

Birthday boy Cieren Fallon's dream week continues with 181-1 double Our top tipster starts the week with a bang with two selections Richard Birch believes one side of the track holds the key to the Royal Hunt Cup William Buick goes top in title race as he continues fine run of form Can Indian Creak take advantage of favoured draw in competitive sprint? Alistair Rawlinson 'staying positive' despite facing second op after horror fall