7.40 Wolverhampton: the one race you cannot afford to miss on Monday 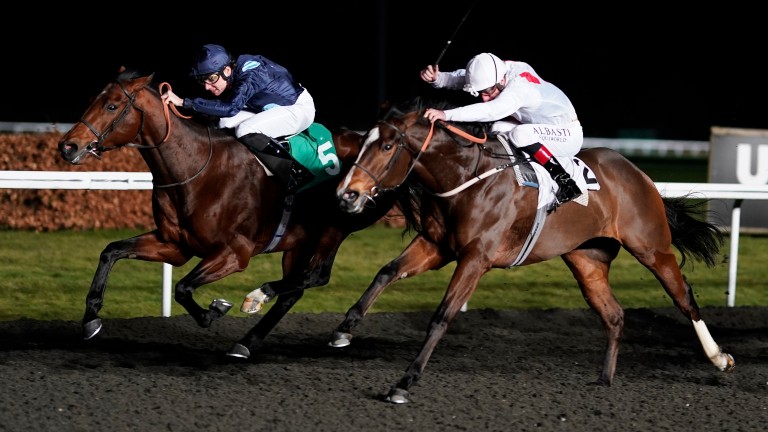 The best word to describe this handicap is trappy. Most races are about weighing up the well-handicapped runners against young improvers and asking yourself whether those that fit into the latter category are progressing rapidly enough to fend off the challengers.

We don't just have one or two improvers in this field, though, as Felix, Universal Gleam, Kaser and Rangali Island all come into the race on the back of career-best performances judged by Racing Post Ratings. It is anyone's guess which of the four might take the biggest step forward.

Meanwhile, the two that haven't been mentioned qualify as the best handicapped. Sha La La La Lee has dropped to the same mark as when last successful at Chester in May, while Victory Bond is only 2lb higher than when winning a 1m2f handicap at Lingfield in December. 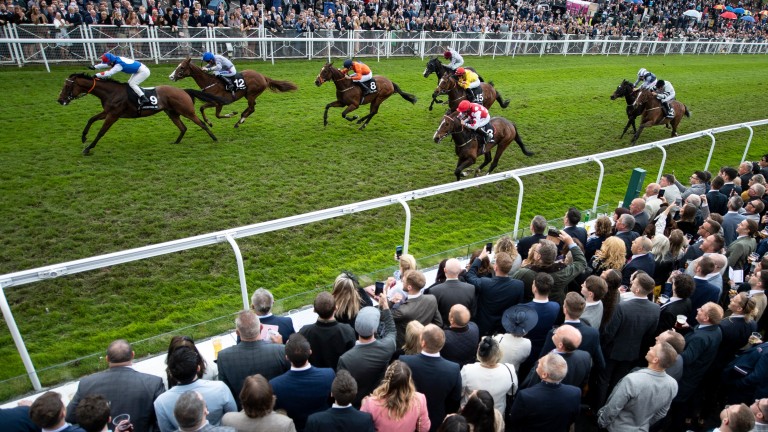 However, neither looks thrown in, so it might pay to stick with one of the progressive types, and with Felix and Rangali Island the most lightly raced of the quartet, they can fight out the finish.

David Simcock, who trains Rangali Island, has his string in fantastic form with six winners from 19 runners in the last fortnight (32 per cent strike-rate) and that would be enough to make his runner a tentative selection in a tough race.
Analysis by Graeme Rodway

Kaser has recorded all five of his career wins at Wolverhampton, four of which came over this trip. 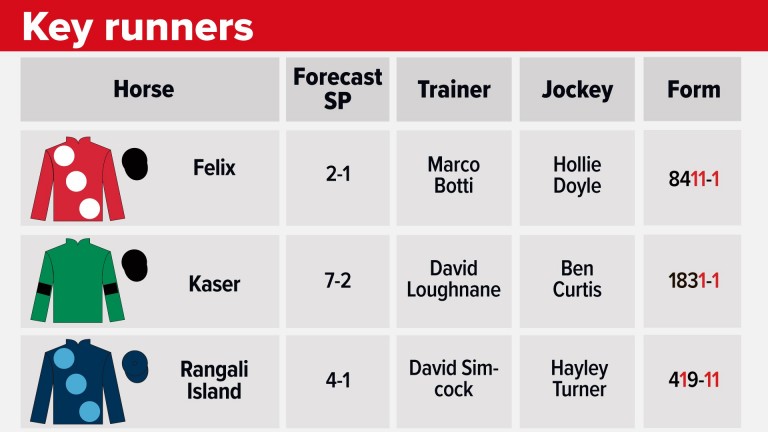 William Haggas, trainer of Victory Bond
He'll run his usual race. I fail to see why Felix has gone up just 5lb for beating us into third at Lingfield last time and our horse is still on the same mark. We're claiming off him and hopefully he can make up some of the leeway.

Marco Botti, trainer of Felix
He showed a good turn of foot to win at Lingfield last time. If he wins convincingly here the plan would be to run him in the Winter Derby. He keeps going up in the handicap and the form of his two races has not been upheld, but he looks a progressive type.

Tom Dascombe, trainer of Sha La La La Lee
He's taking on Kaser, who he finished second to at the track last time, but he should get closer this time as that was his first run for a while and Kaser was race-fit.

David Loughnane, trainer of Kaser
He loves Wolverhampton and is on an upward curve at present. This is a step up in class but he goes there in the form of his life and with a big shout.

David Simcock, trainer of Rangali Island
He's going the right way and needs this step up in trip now. He's nicely weighted but will have to put his best foot forward as it looks a competitive race.

FIRST PUBLISHED 6:00PM, FEB 9 2020
He showed a good turn of foot to win at Lingfield last time. If he wins convincingly here, the plan would be to run him in the Winter Derby