Wednesday Action RACE OF THE DAY

7.40 Kempton: the one race you don't want to miss on Wednesday 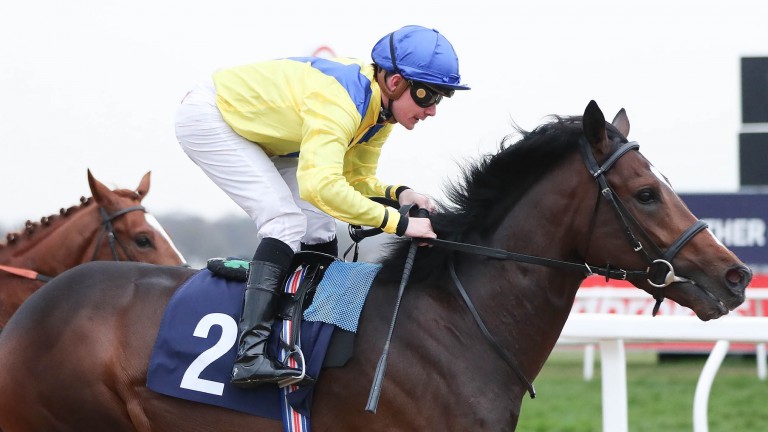 Mark Johnston broke the record for winners in a calendar year at Kempton on Monday evening and the trainer will hope to enter the winner's enclosure once again with the Joe Fanning-ridden The Trader.

The three-year-old is not quite as prolific as his trainer as he still seeks his first win of the year after nine attempts. But with just three opponents standing in his way, The Trader may well be able to dictate the pace from the front.

Although he has yet to recapture his best form since being gelded in June, the son of Mastercraftsman ran well when fourth to Trueshan in the Old Rowley Cup at Newmarket and that winner has since followed up at Newbury.

Topweight El Misk is the sole course-and-distance winner in the line-up having denied the prolific Hydroplane in September.

Since then, John Gosden's three-year-old has finished runner-up at Yarmouth and Wolverhampton, most recently when pipped on the line by multiple winner Paths Of Glory.

At the other end of the handicap is Monsieur Lambrays, who will be sporting new colours having recently been purchased by Group 1 winning owner Khalifa Dasmal.

The Tom Clover-trained gelding made all of the running to hold All Points West over this trip at Wolverhampton when last seen and may well be near the head of affairs again.

Overseas interest is provided by Grandmaster Flash, who represents Joseph O'Brien. The Irish trainer could kick off a productive few days as he has also runners at the Breeders' Cup and in the Melbourne Cup.

Joseph O'Brien has his first runner at Kempton this year in the shape of Grandmaster Flash. The Irish handler has done well with his previous raiders and boasts a 33 per cent strike-rate at the track.

El Misk has won two of three starts on the all-weather, with his sole defeat coming by a short head at Wolverhampton when last seen.

Robert Havlin, rider of El Misk
He's a previous course-and-distance winner and enjoyed the surface that day so hopefully he can follow up. He's pretty straightforward and can make the running or be dropped in, which is handy as there are only four runners.

Bruce Raymond, racing manager to Ali Saeed, owner of The Trader
He ran very well to be fourth in the Old Rowley Cup, which was a hot race, and if he reproduces that then he must have a big chance. He's taken some time to get over a gelding operation in June but is now starting to flourish.

Joseph O'Brien, trainer of Grandmaster Flash
He ran a good race at Dundalk last time and we're happy with him. It's a nice pot and only a small field, so we're hoping for a good run.

Tom Clover, trainer of Monsieur Lambrays
It's great that the race has cut up a bit and although he's up in class, we expect him to run well. He seems to be improving and is versatile in regards to tactics. This looks the right race for him and he'll be a nice horse next year.

What is our tipsters verdict?

Monsieur Lambrays is respected in his hat-trick bid but preference is for another dual all-weather winner in El Misk, who hit a clear personal best when only just caught at Wolverhampton 11 days ago and that was behind a highly progressive rival. Irish raider Grandmaster Flash is still a maiden after seven starts but he's unexposed at this trip and raised his form to a new level when runner-up on Polytrack at Dundalk last time.
David Moon

FIRST PUBLISHED 6:00PM, OCT 29 2019
He's taken some time to get over a gelding operation in June but is now starting to flourish