7.00 Chelmsford: the one race you do not want to miss on Thursday 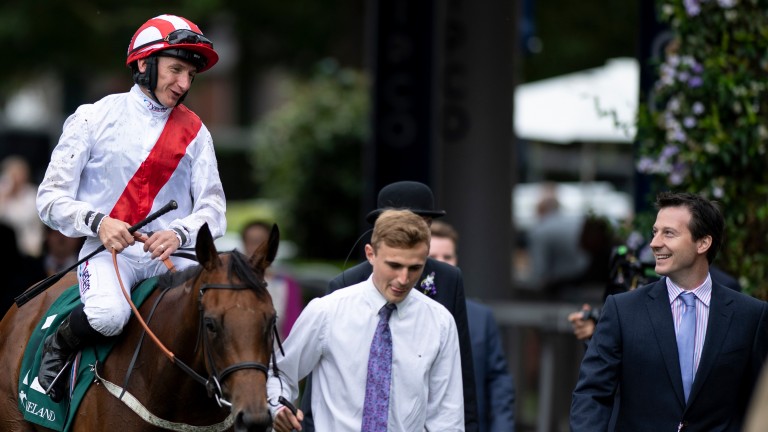 This doesn't look like a strong fast-track qualifier and Solar Heights sets a clear standard with a BHA rating of 94.

James Tate's runner also has the best recent piece of form in the race following her second of seven in a 1m½f fillies' handicap at Wolverhampton last month.

She was awarded a Racing Post Rating of 97 for that and it is better than her rivals have been able to muster. A reproduction would probably be good enough and the return to Chelmsford, the scene of her three victories, is another positive.

Front-runners often prosper over a mile at the Essex track and the possibility of a tactical race would be a concern, but Solar Heights usually races prominently and that allays such fears.

Ruby Gates looks the likely pacesetter but, with a rating of 70, she has 24lb to find with Solar Heights on BHA figures and it would be a surprise if she were to be competitive at the finish.

Exceed Loose looks the possible fly in the ointment. Marco Botti's Italian import has recorded RPRs in the 90s on both starts in Britain and remains unexposed for her new trainer. She needs to step up again to compete with Solar Heights but has the potential to do so.

The market might be the best guide to her chance as we are still guessing at the limit of her ability. 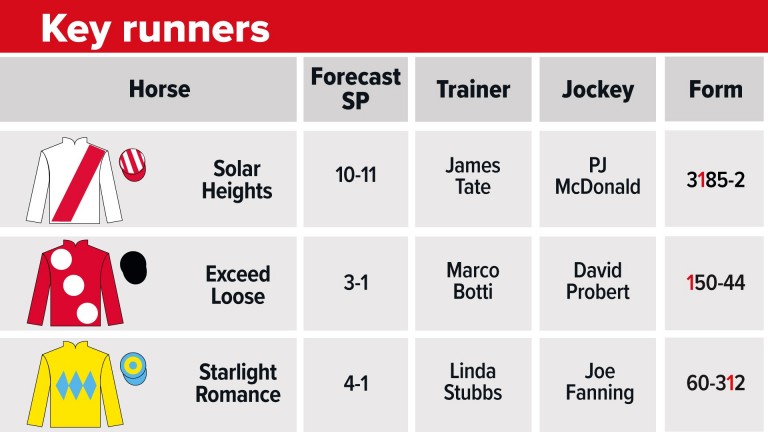 James Tate had a 28 per cent strike rate at the track in 2019, so that is another plus for Solar Heights.

On the other hand, Linda Stubbs, who trains Starlight Romance in North Yorkshire, has had only four runners at Chelmsford – all without success.

Marco Botti, trainer of Exceed Loose and Geizy Teizy
We had other races in mind for the pair of them but as it has cut up we are taking a chance. Exceed Loose is rated 7lb higher than the other filly and stayed the mile well the other day. Geizy Teizy is probably still well handicapped but it is good prize-money, so we are giving it a go. The pair of them would be unlikely to run on Good Friday anyway as they won't handle Lingfield.

Bruce Raymond, racing manager to Saeed Manana, owner of Solar Heights
You would have to be optimistic as she is top rated and would be giving all of these weight if it were a handicap. She's won three times at Chelmsford and hopefully she can make it four on her way to all-weather finals day.

Linda Stubbs, trainer of Starlight Romance
She's well in herself at home and as there are not many entries we thought we'd give it a go. James Tate's filly looks the one to beat and we hope she can win as this is the final fast-track qualifier for the filly and mares' race on finals day.

FIRST PUBLISHED 6:00PM, FEB 12 2020
You would have to be optimistic as she is top rated and would be giving all of these weight if it were a handicap