5.15 Galway: the one race you do not want to miss on Monday 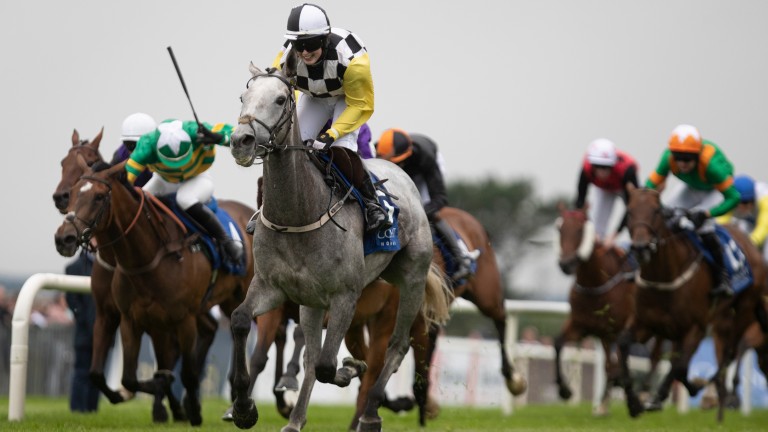 Great White Shark also finished placed in a valuable event over hurdles and looks to have an outstanding chance in this mares' hurdle as she is rated 9lb superior to her nearest rival Western Victory, a winner at the track over two miles last year.

Jody Townend's brother Paul is back aboard Great White Shark, while Mullins is also represented by Dont Hesitate.

Willie Mullins has had a stranglehold on this contest throughout the past decade with six wins, including four on the trot between 2014 and 2017.

His winning run came to an end 12 months ago when Pat Fahy’s Awayinthewest denied Pleasure Dome. Awayinthewest is back for more but she hasn’t added to that success in 11 starts since.

Michael Bowe, trainer of Jaime Sommers and Sweet Sting
Hopefully we'll get a bit of place prize-money for our efforts. It's hard to be too optimistic as both have a lot to find on ratings. Having said that, they're in very good form. Jamie Sommers has more experience than Sweet Sting, who is being thrown in at the deep end a little.

Willie Mullins, trainer of Great White Shark and Dont Hesitate
Great White Shark loves the track and that is a huge plus. She's in very good form. Dont Hesitate disappointed us a little when she finished fourth in a Grade 3 at Down Royal after she won her maiden hurdle for us at Ballinrobe. We're hoping she can come back to her Ballinrobe form here.

Declan Queally, trainer of Western Victory
She's had a summer break and, while she’s reasonably fit, I’d be expecting her to come on for the run. I’d imagine Great White Shark will be very hard to beat as she’s got plenty of runs under her belt all summer, but it’s a nice place to start off and we’re hoping for the best.

FIRST PUBLISHED 6:00PM, SEP 15 2019
Great White Shark loves the track and that is a huge plus. She's in very good form