Saturday action A DAY TO REMEMBER

50 years on: Brough Scott recalls his victory in the Imperial Cup 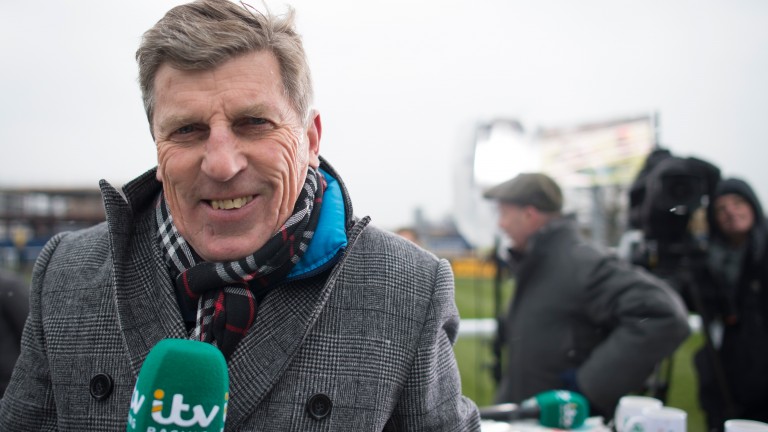 Brough Scott will return to Sandown on Saturday to remember one of the highlights of his riding career, an Imperial Cup victory 50 years ago that gave him "the best feeling I ever had on a racecourse".

Scott, better known now as a broadcaster and writer, was in his first season as a professional jump jockey when he teamed up with Persian Empire, who was in the same stable and ownership as Persian War, the three-time winner of the Champion Hurdle.

"I remember it pretty well because it was so important to me," said Scott, 75, on Friday.

"It was my first year as a professional. It had been a very punctuated season because we had foot and mouth disease so racing was off for six weeks.

"There were these two horses, Persian War and Persian Empire. Persian War hadhis own jockey but not Persian Empire, who was a pretty good Flat horse. He was very impressive first time and then the next week I got hurt at Doncaster, broke my arm and got kicked in the throat.

"I rode again four weeks later. Nowadays you wouldn't get away with it. I had strapping on my right arm and couldn't really use it properly. I could hold a horse somehow and could punch it out. I'd ridden at Wolverhampton on the Thursday and Sandown on the Friday to prove I was all right."

Persian Empire, trained by Colin Davies, collared Bric-Brac at the last hurdle, going on to win the Imperial Cup by two lengths.

"He was much the fastest horse in the race. I dropped him out last and we literally turned in and cut right through," continued Scott. "I got to the last alongside and cantered in.

"It was a wonderful day. It was the big race of the day so it was on ITV. I was very lucky and Persian Empire was clearly a good thing.

"Anyone who's ever ridden a racehorse will know that to be on a horse you can drop out and then pick them off is just the most beautiful feeling, particularly at Sandown because you have that long run up the straight. They can't take that away from me."

FIRST PUBLISHED 6:56PM, MAR 9 2018
He was much the fastest horse in the race. I dropped him out last and we literally turned in and cut right through