Latest OUT OF POCKET 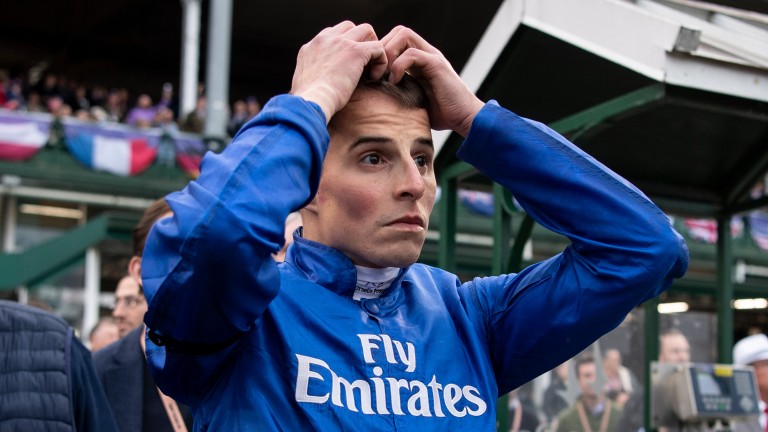 William Buick has been given a one-day ban for failing to obtain the best possible position
Edward Whitaker (racingpost.com/photos)
1 of 1
By Andrew Wilsher 12:10PM, APR 13 2019

When you are one of the biggest racing operations on the planet picking up sixth-place prize-money in a seven-runner handicap may not be top of your priority list.

However, while one suspects those involved in the mighty Godolphin operation won't be losing much sleep over missing out on £404 in the 2m2f handicap at Newbury on Friday, the stewards took the matter more seriously.

They banned rider William Buick for a day "for failing to take all reasonable and permissible measures to obtain the best possible placing".

What Sheikh Mohammed could have bought with £404

However, the stewards deemed that, with more effort, Buick could have bagged sixth in the £40,000 contest and earned the horse's owner – Sheikh Mohammed, the ruler of Dubai – 1.01 per cent of the total prize-money: £404.

After the race, chief steward Simon Cowley said: "There was prize-money down to sixth place, so as long as the horse is not suffering from a problem that is materially affecting its performance, the jockey is expected to ride out to achieve the best possible placing.

"William Buick reported when he came back in that the horse stopped very quickly, however there were no clinical abnormalities discovered by the vet and to the eye the horse appeared to be going slowly, but still able to keep going, and he eased it from fully a furlong out.

"We felt, given there were no problems apparent after the race, that he could have pushed the horse a bit more and shown us something, either to keep sixth place or to keep pushing and be passed while still riding out."

The ban has been set for April 26, the day of the Group 3 bet365 Classic Trial and Group 2 bet365 Mile at Sandown, but Buick will be able to bring the date forward and sit out a less significant raceday.

FIRST PUBLISHED 7:18PM, APR 12 2019
The jockey is expected to ride out to achieve the best possible placing