3.15 Ludlow: the one race you cannot afford to miss on Wednesday 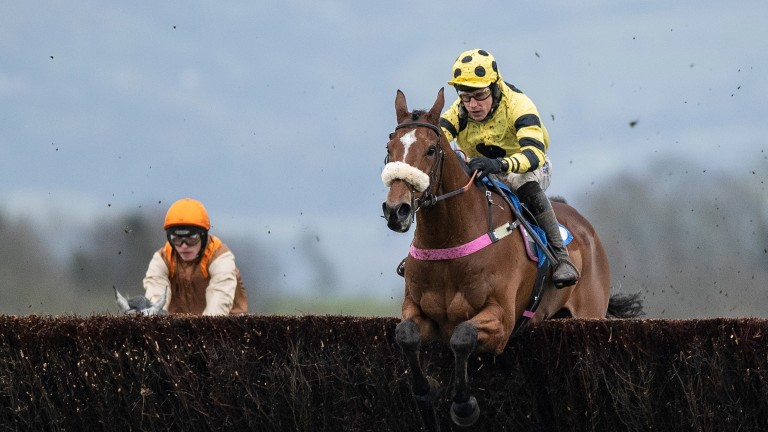 Town Parks: a winner over course and distance for Kerry Lee on his most recent outing
Edward Whitaker
1 of 1
By Pietro Innocenzi and David Milnes UPDATED 6:54PM, FEB 4 2020

The best way into this is probably to look at the race in which three of these clashed on soft ground over course and distance last month.

It signalled a return to form for the Kerry Lee-trained Town Parks who, despite jumping to his left when tired late on, had too much for Night Of Sin, who was gifted a soft lead following the fall of Almazhar Garde on the first circuit.

Town Parks, who dead-heated for second in the race last season, is an interesting runner now back in the groove, because he has won back-to-back races before and strung together other sequences of 2122 and 223. Furthermore, the Lee yard has had four horses placed placed from its last four runners in the race, so will be eager to get that monkey off their back. 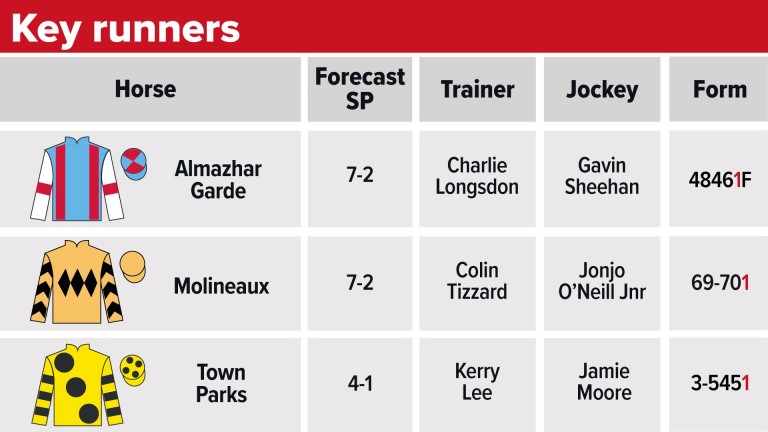 As an unexposed novice, Almazhar Garde makes slightly more appeal than Night Of Sin, although tempered by the fact he has made errors in two of his three chase starts and also the possibility of there being a three-way battle for the lead with Molineaux lining up.

The Colin Tizzard-trained gelding left behind several heavy defeats under an aggressive ride at Wincanton last time, but he definitely reserves his best for that track and won’t be allowed to get loose on the lead back up in trip.

With all four of his wins coming after breaks of 58 days or more, Luckofthedraw is clearly a horse best caught fresh, which he isn’t here, while Dr Sanderson has yet to prove anywhere near as good over fences as hurdles and may need faster ground.

Elixir De Gouet, who struggled last season after arriving from France, is likely to be more interesting with this reappearance behind him.
Analysis by Pietro Innocenzi

Town Parks will be well fancied to follow up his recent course-and-distance win and dead-heated for second in this contest a year ago. The only one of today's trainers to have won the race before is Paul Nicholls, who was successful with Grandioso in 2013.

Nigel Twiston-Davies, trainer of Luckofthedraw
He's back to the trip he won over at Market Rasen a few starts ago since when he's been running well and slowly going down the handicap. He should be thereabouts.

Paul Nicholls, trainer of Dr Sanderson
We've been waiting for some better ground for him. He's got some form at Ludlow as he won over hurdles there last April and the flat track suits him.

Kerry Lee, trainer of Town Parks
He won nicely over course and distance last time, which was his first success in a couple of years, and it made sense to have another crack at this in which he was second a year ago. The only drawback is that he's wrong at the weights with the second last time, Night Of Sin, who we now have to give 7lb to instead of 1lb like last time.

Charlie Longsdon, trainer of Almazhar Garde
He fell at the first in the home straight there last time but that fence was catching a few out that day. We fancied him that day after his previous win at Catterick and he has schooled very well at home since. Hopefully he can make amends for that mishap.
Reporting by David Milnes

FIRST PUBLISHED 6:00PM, FEB 4 2020
He's got some form at Ludlow as he won over hurdles there last April and the flat track suits him