3.00 Catterick: the one race you cannot afford to miss on Wednesday 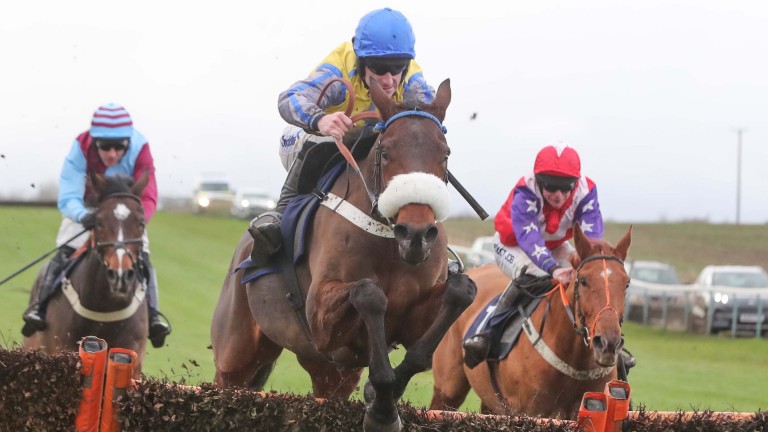 This appears to revolve around the unbeaten Minella Trump. The Donald McCain-trained gelding could find himself on a potentially lenient mark for this handicap debut, 9lb lower than the Racing Post Rating he achieved when easily making it two from two at Sedgefield last month.

Those looking to take him on should be buoyed by the fact Catterick is something of a specialists' track (three of the last four winners of the race had already scored at the course), although Sedgefield's undulations are not a million miles away from what he will face here.

Of more concern are the subsequent dismal efforts of the next three home that day, which suggests he may not have beaten a great deal.

The same cannot be said of Annsam, the other last-time-out winner in the field, who showed he had plenty of the right stuff when getting the better of Le Ligerien at Taunton before Christmas. 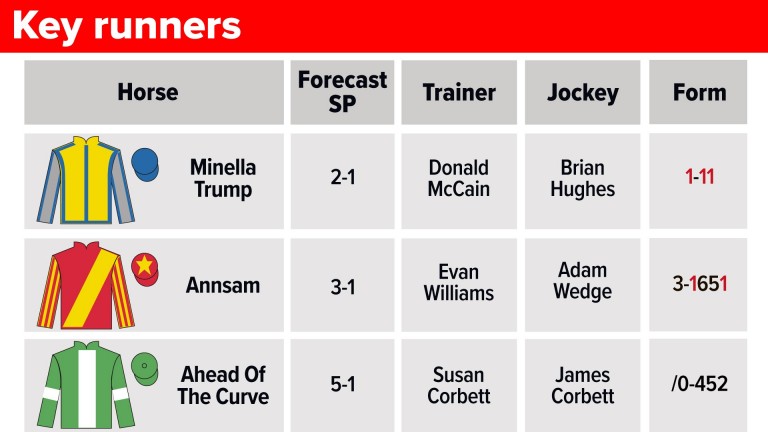 The runner-up won his next start by 19 lengths and followed up at Haydock on Saturday. Before anyone gets carried away, though, the left-leaning Le Ligerien found right-handed Taunton all wrong.

Of the others, Trapper Peak is the only course winner in the field, although that was the second leg of a 2019 four-timer and his more recent efforts point to the handicapper's now being in charge.

Ahead Of The Curve, who contested the Ballymore Novices' Hurdle six outings ago, at least arrives on the back of a decent effort, which is a lot more than can be said of the top five in the weights, four of whom appear to have lost the plot.

Donald McCain and owner Tim Leslie are represented by Minella Trump and combined to win this with Ubaltique in 2014.

Emma Smith Chaston, rider of Blow By Blow, is two from three at the track this season.

Ben Haslam, trainer of Laskadine
We've only had her three or four weeks and she obviously showed plenty of promise in France and then won what now looks an average juvenile hurdle at Warwick a year ago. She's since run in a higher grade and now needs to find her level as well as improve her jumping. 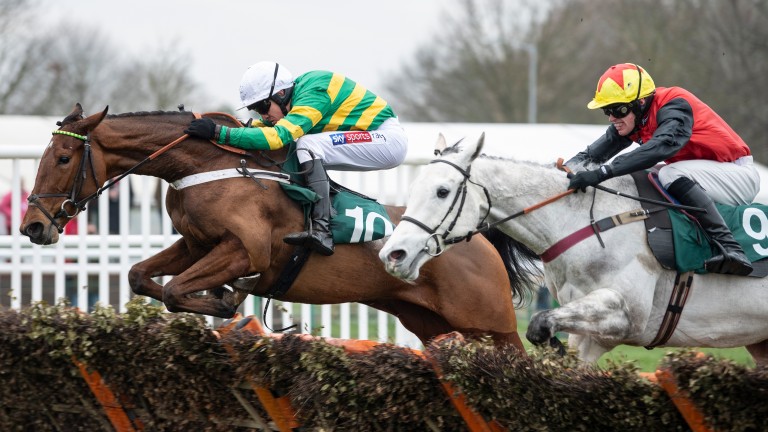 Oliver Greenall, trainer of Serosevsky & Authorizo
Both may well still be a little bit high in the handicap to be competitive in this but should give a good account providing they handle the soft ground.

Donald McCain, trainer of Minella Trump
He's starting off on a reasonable mark for what he's achieved and hopefully he'll prove better than this level, particularly over further. He's a grand type and will be a lovely novice chaser in time.

Susan Corbett, trainer of Ahead Of The Curve
He's in good shape and has come on for his second at Kelso last time. We're dropping him back in trip as we expect him to enjoy this better ground. He should go well but has a mind of his own some days.

Evan Williams, trainer of Annsam
The form from his win at Taunton last time could not have worked out any better as the second horse hasn't stopped winning since. He's a genuine type who will make a nice chaser one day and this ground should be better than some that he's raced on this season.

FIRST PUBLISHED 6:00PM, JAN 21 2020
He's starting off on a reasonable mark for what he's achieved and hopefully he'll prove better than this level