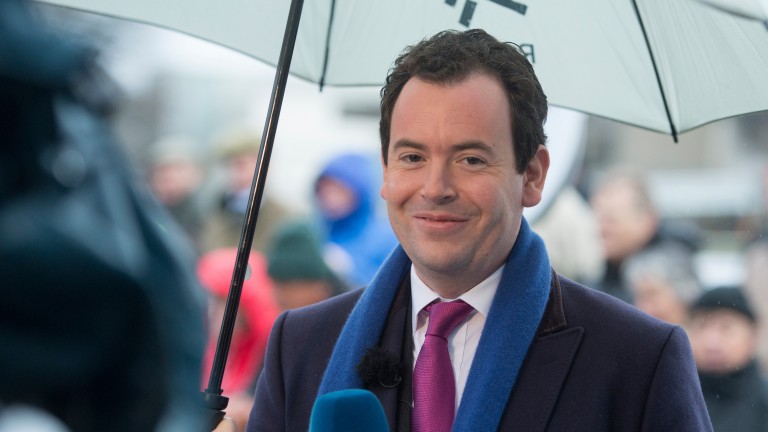 America appears to be experiencing a burgeoning love affair with Royal Ascot if last week is anything to go by.

Not only did Wesley Ward continue his remarkable record at the meeting, where he had two winners, but viewers across the Atlantic also embraced the unique mixture of pageantry and top class sport, with more than 2.4 million tuning in to watch the royal procession on the opening day.

Lindsay Schanzer, producer of NBC Sports Group’s Royal Ascot coverage, said: "We knew to expect a terrific spectacle and that is exactly what we saw. As far as covering the event, we were pleased that we were able to utilise our dedicated host Nick Luck to supplement ITV’s top-level production with specific elements, interviews, and features geared towards our audience here in the US.

"We're looking forward to 2018 and will have some new production elements planned. While it’s too early at this point to get into specifics, we'll continue to bring American viewers all of the racing and pageantry that makes Ascot special.”

'It's gone down really well'

Luck, who described this year's coverage as "dipping our toe in the water", expects America's love affair with the royal meeting to flourish thanks to further success on the track and the enhanced television coverage.

"It seems to have gone down really well in the States," said Luck. "I think the event as a whole has captured the imagination of US racing fans who, having seen the spectacle, are pretty determined to get across and enjoy Royal Ascot. Hopefully that will rub off on one or two of the professionals who have been thinking about bringing horses over."

On how presenting for an American audience differed to his previous Royal Ascot experiences, Luck added: "It was a different challenge in so far as you wanted to communicate the event as a whole to the American audience, and not just the races themselves. So in addition to taking quite a bit of ITV's fashion coverage, we filmed quite a lot of our own content to give a flavour of the royal meeting to America.

"We wanted to bring a sense of the way the whole thing hangs together. Self evidently the audience are interested in the pageantry, the tradition, the history and the heritage so those were all elements we were trying to prioritise in our show.

"We certainly tried to build a lot of our own structure into the front and back of the show to give the event some context as a global sporting event. We see it as a major heritage event, a fantastic sporting and social occasion, a bit like Augusta or Wimbledon."

"I think securing Wesley [Ward – American trainer who had two winners this year] back in 2009 was a massive moment and he's been such a great pathfinder. The combination of him doing it with not just two-year-olds but an older horse in Undrafted, then Mark Casse winning an all-age race over a mile with a filly in Tepin, and then Wesley winning a mile handicap this year with Con Te Partiro has shown people it's not just the preserve of lightning-fast early two-year-olds.

"The fact both American winners this year were three-year-olds is perhaps of greater significance than those earlier two-year-old victories. Wesley embraces the event as a spectacle and an occasion as much as a festival of top class horseracing and I think that's been quite infectious for the other people wanting to come over."

"As time goes on I think everyone at NBC is keen to make more of the production, but to a certain extent we were dipping our toe in the water this year. We took a decent chunk of the ITV coverage but then had to give it our own identity at the same time.

"It posed significant logistical challenges, which required a lot of the people in Connecticut and at Ascot to make it work. I think overall we were quite pleased with the outcome and they were able to get the best of both worlds. We are already having discussions as to how we can build on that for next year and how we can build on that moving forward."

FIRST PUBLISHED 5:59PM, JUN 26 2017
I think the event as a whole has captured the imagination of US racing fans who're pretty determined to get across and enjoy Royal Ascot