2.05 Lingfield: the one race you do not want to miss on Friday 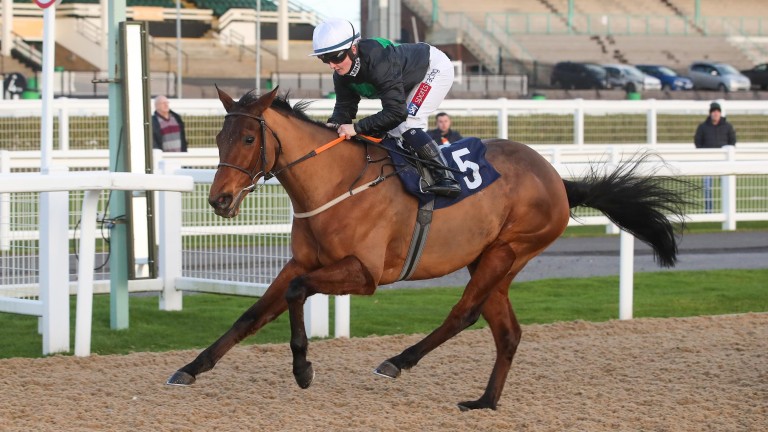 There might be only five lining up but four of these come into the race in fantastic form and Reckless Endeavour looks well treated under a 4lb penalty for last week's Newcastle victory.

However, that race panned out well for this habitual slow-starter, who was able to swoop late off a decent pace on the favoured stands' side. This contest is unlikely to work out in the same way.

All five runners usually play their cards late and it could get tactical with no obvious front-runner in the line up.

Merhoob and Count Otto look the most likely to go on, but it will be a surprise if we get an end-to-end gallop and that could prove a problem for Reckless Endeavour.

Merhoob, who has never finished out of the first three in nine runs on Polytrack at Lingfield and bids for a fourth course win, is a true son of his sire Cape Cross, whose progeny love it here.

Jockeyship could prove the key and there are not many better than Adam Kirby, who looks well placed to dictate from front on Merhoob.

Kirby has an impressive record on the eight-year-old with three wins, a second and a third from eight rides.

There is no better treated horse in the race than Gracious John, a Group-placed Listed winner who was once rated 110 and has now slipped to 89.

Jockey Ali Rawlinson has not ridden Savalas before, but he has an excellent strike rate for trainer Robert Cowell, for whom he has ridden three winners from nine rides (+£10.25).

John Ryan, trainer of Merhoob
Adam Kirby helps as he's got on well with the horse before, so he'd have a decent chance. He had a good turf campaign and remains in good order. I think he just needs a bit of luck in running, and with a small field you've got chance of finding a gap.

Ian Williams, trainer of Gracious John
He's not the force of old and he is what he is, but he ran well two starts ago at Chelmsford and then last time was slowly away and so never at the races. On his best day he's still capable of winning a race like this.

Hollie Doyle, rider of Reckless Endeavour
He's a bit of a monkey and needs things to drop his way, but he's very capable when they do, as he showed at Newcastle the other day. He was so far off it there most of the way that I'm not sure he realised he was in a race, and I think he landed in front without knowing it.

FIRST PUBLISHED 6:00PM, JAN 16 2020
I think he just needs a bit of luck in running, and with a small field you've got chance of finding a gap