2.05 Kempton: the one race you don't want to miss on Monday 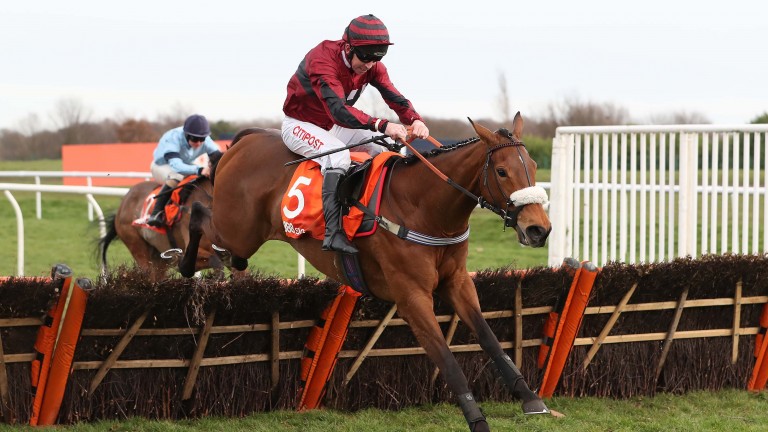 Papagana and Leighton Aspell winning at Doncaster in March
John Grossick (racingpost.com/photos)
1 of 1
By David Milnes UPDATED 8:45AM, NOV 25 2019

Oliver Sherwood bids to land Kempton's Monday feature for the second time in four years with Papagana, who connections hope could make up into a Cheltenham Festival contender in March before being retired to the paddocks.

Despite being only a six-year-old, Papagana is already earmarked to forgo a future chasing career to become a broodmare at her owner Daniel Burke's stud.

One of three of the six runners making their seasonal debuts, Papagana was last seen scoring at this level at Doncaster last March, where she accounted for Danse Idol by 12 lengths. 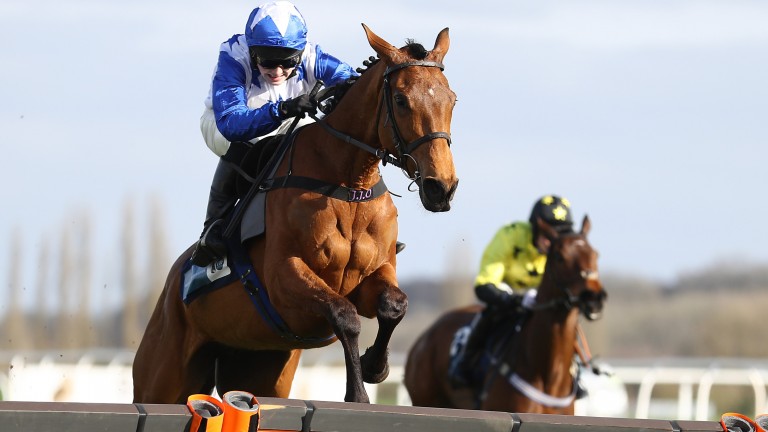 Also making her first start of the season is Annie Mc, who carries a 3lb penalty for winning the Mares' Novices' Hurdle Series Final at Newbury when last seen in March and has chasing on her upcoming agenda.

Bookmakers won't be cheering quite as much this time if Fleur Irlandaise wins. The four-year-old filly was sent off at 100-1 when scoring over 2m5f at this track a fortnight ago but will be much shorter in the market this time around.

As well as Oliver Sherwood, who won this race in 2016 with Surtee Du Berlais, Warren Greatrex has also trained a recent winner of the contest when the classy La Baque Au Roi scored two years ago. He relies on Printing Dollars this time around.

Culture de Sivola, trained by Nick Williams, was a close third to Mia's Storm in the contest 12 months ago and bids to go two places better.

Just three favourites have won this race in the last ten years, while the average price of the winner has been 9-2.

Jonjo O'Neill, trainer of Annie Mc
We had hoped to go chasing with her straight away this winter but there isn't anything suitable just now, so we're giving her a spin over hurdles to get her back on course. It looks a tight little race and hopefully this will set her up for a first season over fences.

Oliver Sherwood, trainer of Papagana
We are aiming for some more black type with Papagana, who won well at Doncaster last time when the good ground was as quick as she wanted it. It will be an easier surface this time around and there are showers around. Hopefully she can make up into a Stayers' Hurdle or Pertemps prospect for Cheltenham, but she won't go chasing as her owner Daniel Burke thinks she's too valuable to risk. The plan is to retire her to stud at the end of this season and breed from her. 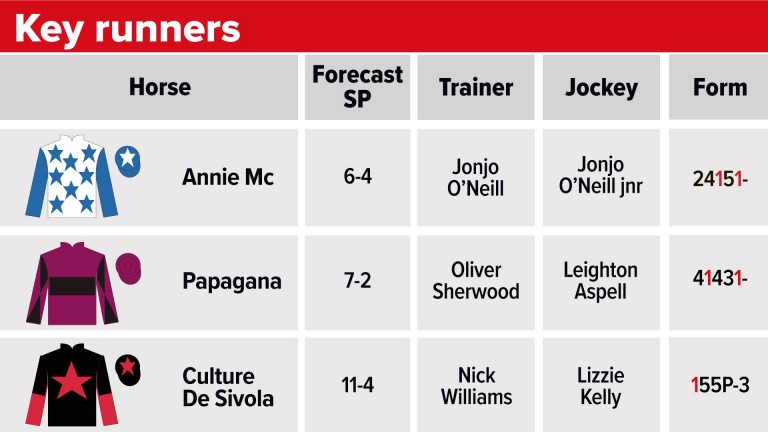 Nick Littmoden, trainer of Fleur Irlandaise
She didn't deserve to be sent off at 100-1 when she won at the track the other day as she was always going to be suited to going back to hurdles. She won well and deserves to take her chance in what is a very competitive race on paper. It would be fantastic if she can get some black type.

Amy Murphy, trainer of Hawthorn Cottage
She won a Class 2 bumper for us at Cheltenham a couple of years ago but last season was a write off. She ran well on her comeback at Plumpton and we thought we'd give this a go. If she could get third it would be like getting placed in the Oaks.

There should be more to come from Mares' Final winner Annie Mc and she gets the vote over her main rival at the weights, Culture De Sivola. Papagana and Printing Dollars may rate higher yet, so they can't be totally dismissed.
Steve Boow

FIRST PUBLISHED 6:00PM, NOV 24 2019
It looks a tight little race and hopefully this will set her up for a first season over fences