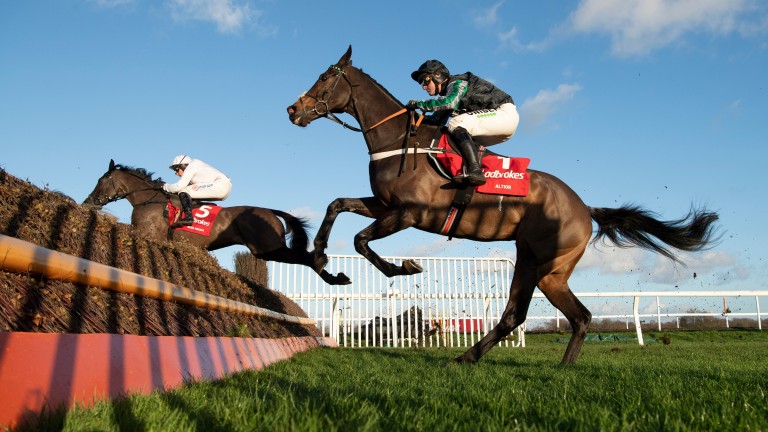 It may not have been what he, or we, expected – but Nicky Henderson is not losing faith in Altior just yet.

For so long the dual Champion Chase winner was unbeatable, yet now he has lost two of his last three and you have to go back 20 months for his last Grade 1 win. But for all Henderson knows the Altior of old would have eaten his Desert Orchid Chase rivals for breakfast – and he has no excuse to offer save the ground was softer than ideal – he was adamant retirement is not under consideration.

"Don't let's write off poor old Altior just yet, because I don't think he's anywhere near writing off," he said defiantly after the near 11-year-old was beaten into second by 20-1 shot Nube Negra, rated 20lb inferior on official marks.

"We sat through these sessions with Sprinter [Sacre] but look what he gave us at the end – two days none of us will ever forget.

"If I'd retired him we wouldn't have had that emotional rollercoaster of those last two days at Cheltenham – they were two of the great days' racing we will ever see – so thank goodness we did persevere.

"I'm not going to ask Altior to do it aged 12 – if he hasn't risen above it by then we'll have to say thank you and live on memories – but I don't think we should write him off just because he's met defeat for the second time in his life."

Altior, sent off evens favourite, was beaten three and a half lengths by the Dan Skelton-trained Nube Negra, with Duc Des Genievres four and three-quarter lengths back in third.

Reflecting on the result, Henderson added: "He should have been beating those horses, yes, and two years ago it would have been a formality, but if he'd gone past Duc Des Genievres and won by five lengths you'd have thought that was good. But what was the other horse doing there? If you took the winner out we'd be saying onwards and upwards.

"He's been all but a year off the racecourse and one has to mention this ghastly thing about ground again – but it doesn't help him. To be fair he was never taking Nico [de Boinville] where he wanted to go and he shouldn't be getting beaten at that sort of level. That is not the old Altior, I'm the first to confess." 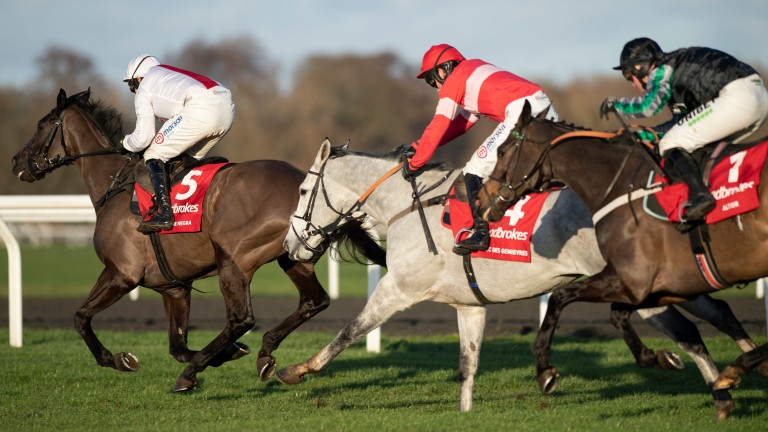 Invincible through his first four seasons over jumps, Altior had his 19-race unbeaten streak ended by Cyrname at Ascot last year and Henderson is not yet convinced his horse is truly over that day.

He added: "I go back to Ascot last year, he was almost unconscious at the end of that. That was a race that came too soon in the season for us and I don't suppose it did him any good.

"Talking to Simon Knapp and Clive Hamblin [both vets], who walked in behind him that day, they did fear for him. We got to the bottom, we emptied the bucket that day and the ref was about to count him out. Whether that's left a scar on him, it's all about getting his confidence back now.

"He did come back and win the Game Spirit and we were very happy in the run-up to Cheltenham, but I'm the first to admit he hasn't been galloping all over everything this time around. It's not until you turn him into a fence, then he takes off and you know he must be all right – it's still all there."

Altior was pushed out to 12-1 for the Betway Queen Mother Champion Chase at the Cheltenham Festival and Henderson wants to see improvement if he is to make it there.

"We haven't got a lot of time at the moment, he's got to run again if he's going to get to Cheltenham," he said. "He'll have to come back and do something in the Game Spirit. I was rather thinking that might suit Shishkin, but I might need it for Altior."

FIRST PUBLISHED 2:45PM, DEC 27 2020
We sat through these sessions with Sprinter [Sacre] but look what he gave us at the end – two days none of us will ever forget