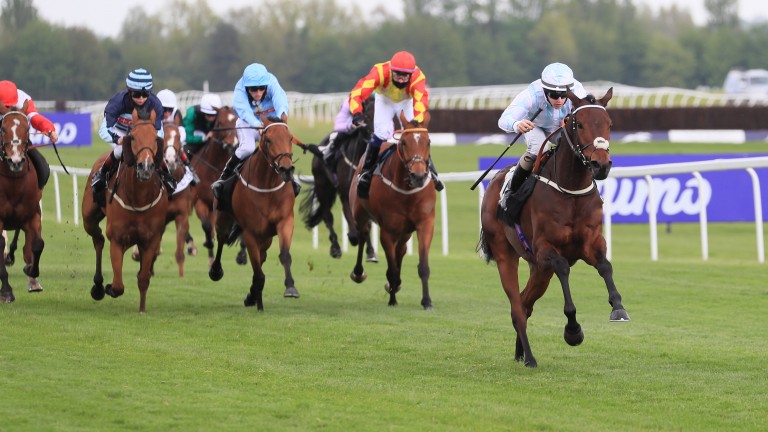 The money came for East Asia, who strolled home on his British debut in the 1m4f, but the result came as a complete – and pleasant – surprise to Ian Williams.

The six-year-old failed to win in 14 starts in Dubai, but had little trouble getting off the mark and rewarded those who had backed him from an opening show of 50-1 into a starting price of 16-1.

The trainer said: "That's a nice victory, totally by surprise as he's been running on quicker ground in Dubai and he's running off his mark from over there, but he appreciated getting his toe in. He looks a nice horse and enjoys being over here."

Williams, who trains the winner for Sayed Hashish, added: "It wasn't expected. It was his first try on that ground and he came to me as the owner wanted to race him in the summer in the UK, but I was surprised he sent him over, because he's a 70-rated horse, but his faith has been rewarded and it looks like he'll turn into a nice stayer." 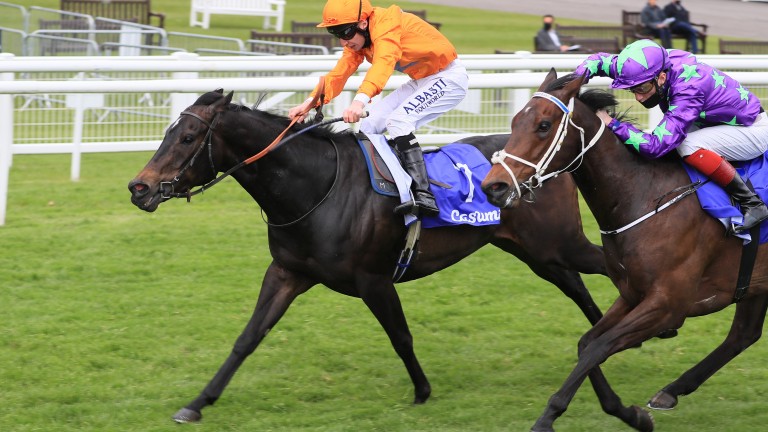 Attwater on a high

Michael Attwater enjoyed four winners in a hot two-week spell in January and February but had drawn a blank since, so he was understandably delighted to land the 6f handicap with Concierge.

"We've had a funny sort of year," said the Epsom trainer. "We had a quiet start, those four winners in a fortnight and then nothing. Everyone keeps reminding me I was top of the cold list, which is handy as you can imagine! You need a change of luck, so it's lovely to have it with a nice horse at a nice track."

Attwater began training in 2004 and enjoyed his most prolific campaign in 2017 with 25 winners.

"Interestingly enough I've actually got the biggest string I've ever had," he added. "I've got 45 in and it's amazing how much support we've had considering the year we've had with the pandemic.

"We have 15 two-year-olds, which we've never really had and I keep looking at them and thinking we have 15 that are all right or 15 that are useless! But if we can get some nice two-year-old winners it might change how people see the yard."

Concierge was ridden by Luke Morris, who completed a double in the second division of the 7f novice on the Archie Watson-trained Badlands. 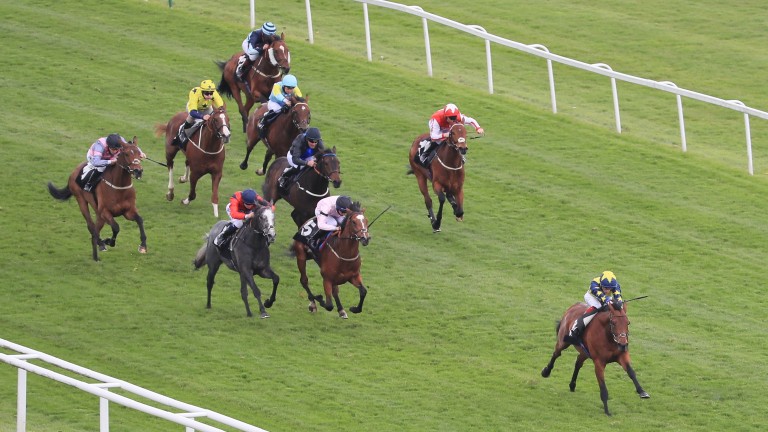 Gold strike but no Derby bid

Charlie Appleby won the 1m2f maiden with Manobo and also had a hand in the outcome of the 1m3f handicap, which was won by Surrey Gold, whom the Godolpin trainer bred.

"I was surprised he won as well as he did because these three-year-old handicaps are extremely competitive and I couldn't see him doing that to a progressive field," Hughie Morrison said of Surrey Racing'sd Surrey Gold, who is in the Cazoo Derby.

But Epsom is not on the agenda, with Morrison adding: "He was left in the Derby because there are ten of them in him and they thought, 'What's £80?'"