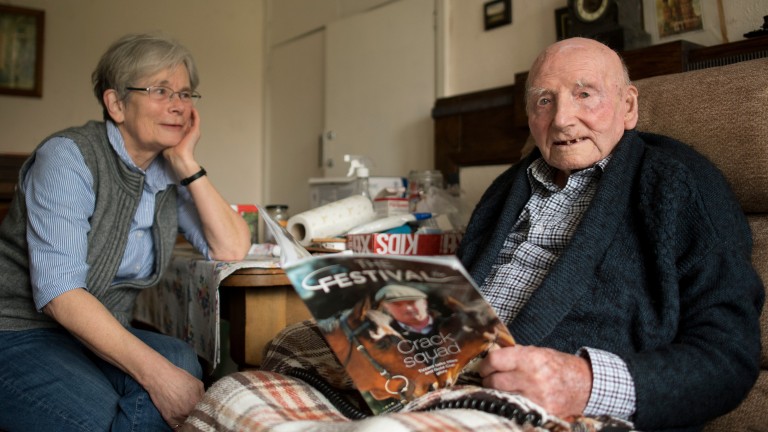 Some racing records are easier to prove than others. One about which we cannot be certain, but at the very least rather confident, is set to be broken this week when Ralph Hoare takes up Cheltenham’s invitation to attend an afternoon at the festival.

Gloucester resident Ralph is 109 years old and is younger than only two British men. His body shows the odd sign of wear and tear but the brain is impressively sharp. He uses it to decide on which horses his many ten-pence bets will be placed each Saturday and to recall days long since gone at Prestbury Park.

"I haven't been for so many years," says Ralph. "I think I saw all of Arkle's Gold Cups and I went two or three times after that. I'd like to experience the atmosphere again and the sudden excitement when the first race starts.

"I suppose the first time I went racing was around the time World War II started. I've enjoyed the sport since I was about 30 – I was always interested in the Guineas and the Derby.

"I have special memories of Dante. He was the best horse I've seen. I remember watching him win as a two-year-old at Stockton [in 1944] and I also remember seeing Gordon Richards win the Stewards' Cup at Goodwood [in 1947]. Prince Monolulu was on Trundle Hill that day." 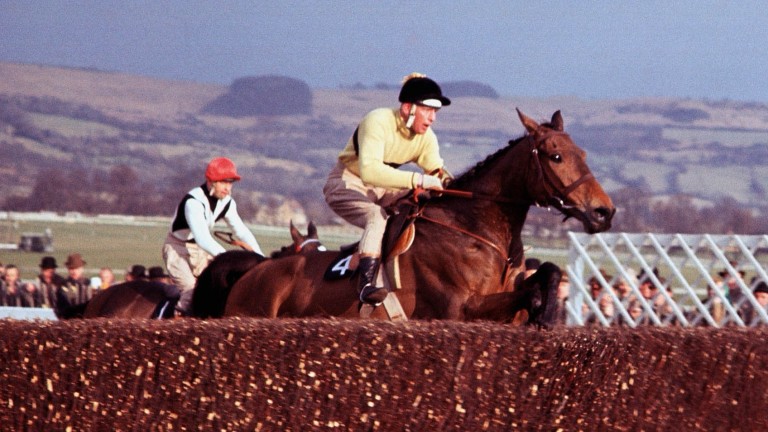 Arkle: Ralph hasn't been to Cheltenham for a while, but he remembers witnessing Himself's three Gold Cup victories

Ralph's memory takes him back to a time only a handful of folk can remember. He transports us there with him from a comfy chair in the sitting room of the house that has been his home since 1956. There is now a bed in the room, for Ralph's legs do not function as well as they once did, and he has a bell to call for daughter Kate, who spends much of her time looking after him.

"I remember the day the first world war was declared," he says. "I was a six-year-old in Devonport at the time. I was in a room with my grandfather and four aunts. Someone walked in and told us. Someone else said it would be over in a few weeks. Of course, it wasn't.

"My grandparents and aunts always had a glass of ale for supper. Aunty Bessie used to take a jug to the local pub and get it filled. She came back from one of those trips crying her eyes out. 'Terrible news,' she said. 'Kitchener has drowned. Worse than that, I've dropped the jug and we haven't got any ale for supper.' I've told that story more than once."

He has many similar stories to tell.

"I remember the Battle of the Somme and seeing a flotilla coming from Canada with my uncle on it," says Ralph. "He gave me an imitation shell filled with sweets. I also remember the air raids. I used to hide under the kitchen table with a pillow on my head.

"I was at prep school the day peace broke out. The headmaster set off fireworks that evening and gave us a cup of cocoa."

Prior to serving in the RAF, Ralph worked as a bank clerk, where he met TE Lawrence, otherwise known as Lawrence of Arabia. "I met Evelyn Waugh before the war as well," he says. "He was a grumpy old thing. He was very fond of cake as well. My landlady in Somerset made very good cakes. He would come to pick one up, but if it wasn't ready I had to take it to his house. I thought he was quite surly." 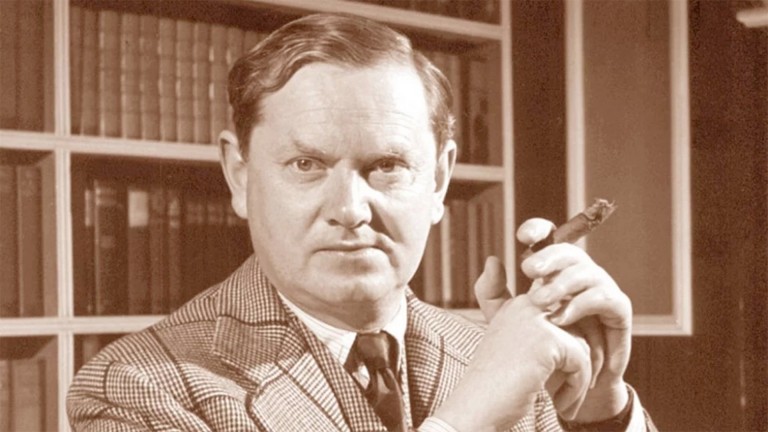 For a man whose 110th birthday comes along in July, food is something of a problem.

"I used to like rabbit pie," Ralph recalls with a smile. "I'm not very keen on eating nowadays because I haven't got enough teeth to chew my food. I still like tripe and onions though – in the old days we had it a lot."

Tripe has been a constant in Ralph's life. Not surprisingly, little else has stayed the same.

"The big difference between life now and how it used to be is we have all these gadgets, like washing machines and televisions," he says. "We had radio but we never used to have television. I played ludo or snakes and ladders instead."

He also likes to play at finding winners, helped by Kate reading out runners and riders, plus a regular reliance on horses trained by John Gosden. Sport has been a constant passion in Ralph's life, including playing golf as a centenarian, while music and gardening, which he took up in 1914, have also given him much joy. So, too, did his late wife Dorothy, to whom he was married for deep into seven decades.

Now, in our wander through the 20th century, we head back to the early 1930s.

"I went to a friend's house in Wellington and heard someone playing the piano," Ralph says. 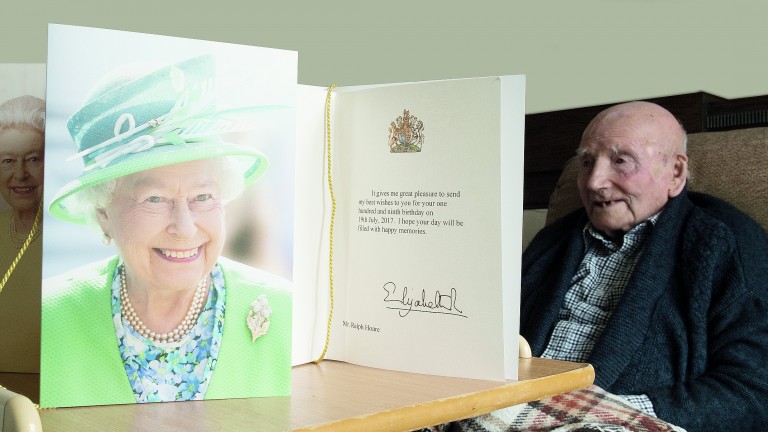 "I opened the door and sitting at the piano was a girl with black hair and a green dress. She was very attractive with a nice pair of legs. I thought there and then this was the girl I was going to marry – but it took me nine years.

"After I had to move somewhere else she found another boyfriend, but I said I would never leave her. If I took out other girls it was really only for company.

"They probably thought I was a bit odd as I didn't want to cuddle. I once took a girl to Goodwood races. I'd booked a hotel for the night and when we got there the receptionist asked me if we wanted a double room or two singles. I replied: 'Singles, please.' The girl said: 'You're either a bloody fool or a saint.'

"One or two of those girls I would have been quite happy to marry but I had promised I would never leave the girl in the green dress."

He never did. They were married for a very long time because Dorothy lived a very long life too. Ralph continues to live an even longer one and he might yet become Britain's oldest living man.

"I would like that, if I'm feeling fit enough, but it's not my first priority," he admits.

Asked if he still enjoys being an extremely senior citizen, Ralph adds: "Enjoy is not the word – but I feel all right.

"It does seem strange to me I've lived for so long. I just take it in my stride. I feel exactly the same as I did when I was 20. The only difference is that because of my knees I can walk only a few steps."

As for the advice, one feels compelled to ask someone of such rare vintage, this 109-year-old racing fan is clear in his recommendation.

"I would always say to people they should look forward to the future," he tells us. "Don't look backwards. You're bound to remember a lot of bad things and you'll end up wishing you could have done things differently."

One thing Ralph is looking forward to is his return to the festival. There could not possibly be a more fitting guest of honour.

FIRST PUBLISHED 6:00PM, MAR 11 2018
I'd like to experience the atmosphere again and the sudden excitement when the first race starts