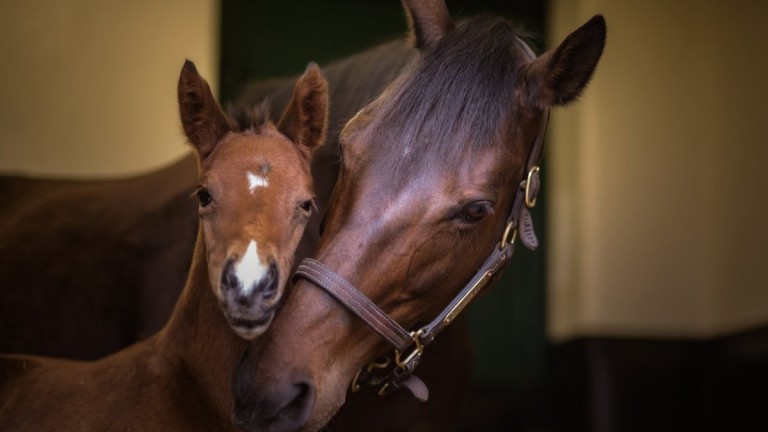 An exciting week for those supervising Zarkava's second career as a broodmare could be crowned on Saturday when her son lines up as favourite for a Group 1 prize in Dubai. But however Zarak fares at Meydan, the Aga Khan and his team are already celebrating after their champion's safe delivery on Tuesday of a filly foal by Siyouni. Both the new arrival's parents were bred and raced by the Aga Khan Studs.

Her four-year-old son by Dubawi, Zarak, is favourite for the Dubai Turf after an impressive success in the Group 3 Dubai Millennium Stakes over the same track a month ago. He finished second to the champion Almanzor in the Prix du Jockey Club at three.

Zarak is the fourth foal out of Zarkava, a 12-year-old daughter of Zamindar. She also has a three-year-old Redoute's Choice colt named Zarmitan, who remains unraced, a two-year-old Frankel filly and an Invincible Spirit yearling colt. She is next due to be covered by Sea The Stars.