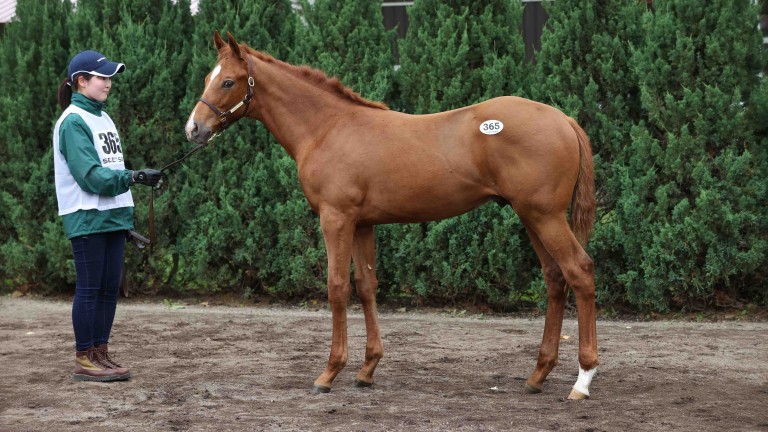 The son of Heart's Cry had been attracting admiring glances particularly as his sibling, the Turf Classic and Woodward Stakes winner, had been bought by a consortium including WinStar Farm at the 2015 renewal of this event.

Yoshida, who also finished fifth in the 2018 Queen Anne at Royal Ascot for Bill Mott, is now standing at WinStar. His younger brother was was purchased by businessman Yoshihisa Ozasa.

While Ozawa did not attend the sale, he gave a statement through his racing manager, Morito Kajihara.

"I think this is [the] outstanding individual in today’s catalogue," he said. "I was bidding in earnest and I'm very happy to buy such a fantastic young horse. I hope he grows up well and will be in the field of major races in future." 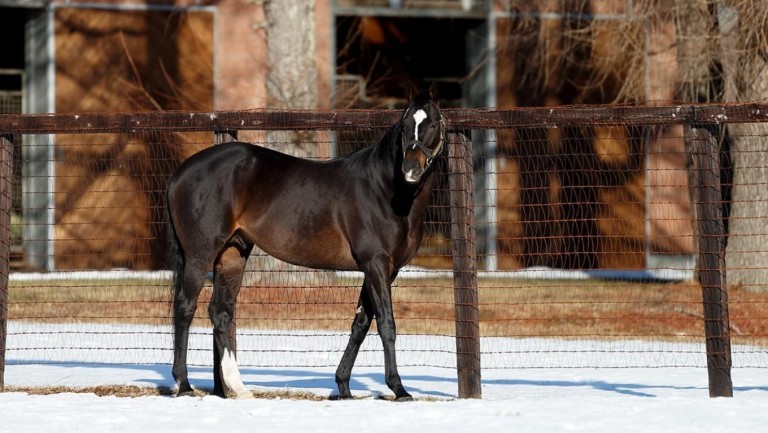 Sheave had been sent to Heart's Cry for her subsequent cover and her foal, another sibling of Kentucky Oaks heroine Cathryn Sophia, reached the third-highest price of the session at ¥210,000,000 when bought by Miwa Holding.

With no foals on offer by the late Deep Impact, fellow son of Sunday Silence Heart's Cry had stepped in to fill his boots and had the top three sales in the rankings.

"As there is no Deep Impact in the market any more, we would like to buy a very nice foal by Heart’s Cry today," said Noda's racing manager Yoshiki Okada.

"Our team inspected all consignments from Northern Farm and made a short list of foals by Heart’s Cry. He was on the shortlist and Mr Noda selected this one from the list.

"The mare, She’s a Tiger, who is a US Champion juvenile filly, is a very good looking horse and the foal is also good looking. The price is more than expected, but Mr Noda did not want to stop bidding, as he
really wanted to buy him."

The first firework of the day was seen when lot 316, a colt by Lord Kanaloa out of Group 1 Premio Lydia Tesio winner Final Score went through the ring and the consignment from Northern Farm was bought by Ryoichi Otsuka for ¥200,000,000.

“This is the pick of day for me,” Otsuka said. "He is from a very successful female line, which is full of black type, and it caught my fancy that he is Sunday Silence free, which would be a big
advantage when he becomes a stallion.

"While the price is more than I thought, I did not want to miss him.”

Otsuka won his first Classic last autumn, when his World Premia, who he bought at the 2016 JRHA Sale, took the Kikka Sho. 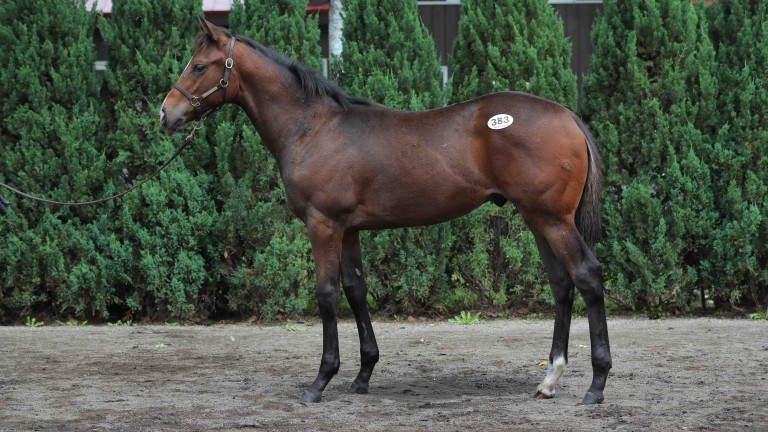 "I would like to express my sincere thanks to the owners and trainers for attending the sale under such a challenging period and for supporting the market,” Teruya Yoshida, owner of Shadai Farm and chairman of the JRHA, said at the conclusion of the sale.

"The market is slightly slowing down today and I think the key factor is the absence of Deep Impact. For example, when Northern Dancer died, the top end of bloodstock market in America declined, and the same thing happened here today.

"I think the buyers are confident enough to make a big investment in the horses we offer. We try to keep breeding quality horses and I hope it will keep the horse market in Japan active."