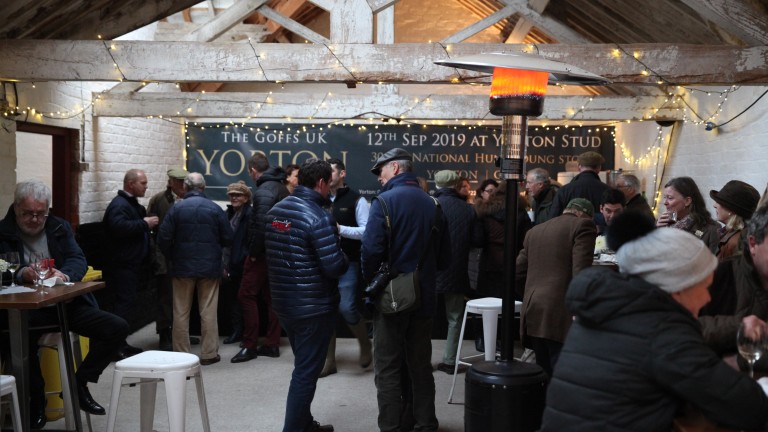 Yorton Farm and Goffs UK have announced that the 2020 Yorton Sale is due to be held as planned on September 10 at Yorton Farm Stud.

Following the successful inaugural sale last year, which saw a quality mix of yearlings and two-year-olds sell to a large international audience, preparations are well under way for the 2020 sale.

Last year’s auction witnessed 29 of the 32 horses sold, achieving a superb clearance rate of more than 90 per cent, with the catalogue topped by a colt son of No Risk At All which was knocked down for £105,000 to Dai Walters.

Results have been quick to follow on the track with runners in stakes races and the three-year-old Masterstroke gelding, Paros, winning his debut over hurdles in France having been bought for £22,000 by Gabriel Leenders.

This year promises to be an exciting follow on, with a larger catalogue featuring approximately 50 well-bred youngsters which have either been bred at Yorton or sourced specifically for the sale.

Outside entries for this sale will not be accepted and further information on the 2020 Goffs UK Yorton Sale will be released in the coming weeks.

Luckless on the track but redemption at stud for Jacqueline Quest