Ward gets text from Dettori after signing for $650,000 Scat Daddy filly 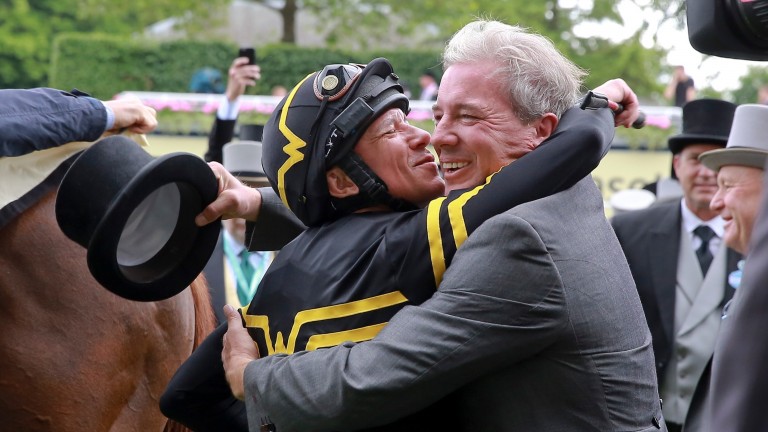 Who needs an agent, when you are as switched-on as Frankie Dettori? With an alacrity that might have been beyond Lester Piggott in his own heyday, the jockey put in his first bid for a ride at Royal Ascot 2018 on Wednesday – moments after an unbroken yearling was purchased at Keeneland by his friend Wesley Ward.

Ward's phone buzzed with a text message from Dettori soon after he signed the ticket for a $650,000 Scat Daddy filly, assuring the trainer that he is already eager to ride the filly out of the Argentinian Group 1 winner Misty Lady.

"Frankie's already hustling the yearlings before we even start riding them!" Ward said, laughing. "If you put that in there, say that I'm giving him the call now."

Ward was elated to acquire the bay filly, as Hip 514 just the second horse led into the ring during the second session of Book 2. "I'm really, really excited," he enthused. "She's a beautiful filly and was my pick of the sale for Ascot. I charged up there and went a little higher than we thought we'd have to give, but it would have been hard to replace her with something that we're looking for like that." 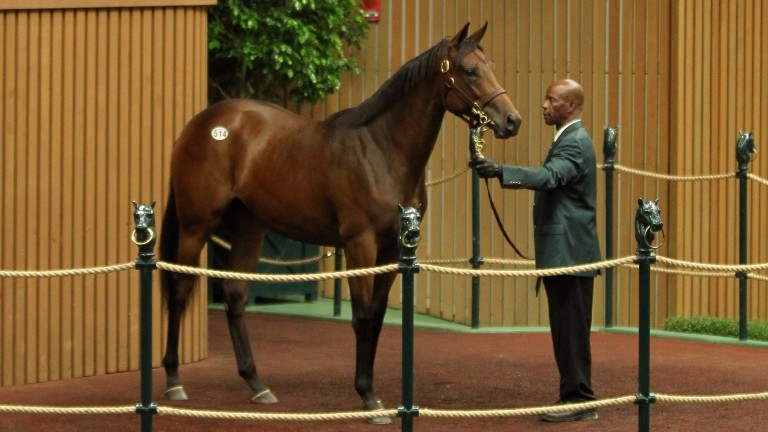 Will this $650,000 filly become another Queen Mary winner for Scat Daddy and Wesley Ward?
Keeneland Photo
Ward's pioneering success at Royal Ascot with the likes of Acapulco and Lady Aurelia – both Queen Mary winners by Scat Daddy – has been cited by several European buyers as a motive for their return to Keeneland this week, after staying away from American bloodlines for a while.

"I haven't heard that, but I'm glad – it's good for everybody," said Ward. "The business in the States is kind of struggling, and any way we can create more worldwide interest, where everybody is watching what everybody is doing more closely, is good. There's a lot of luck involved and I've been blessed that everything has gone my way [at Royal Ascot]. It's just amazing. Hopefully this filly will come through with what we hope she can do."

Ward purchased the filly in his own name, but said Jim and Fitri Hay will be partners, along with others he hopes to recruit. "I've been hassling Paul Shanahan and the filly's breeder, Barbara Banke, so maybe they'll jump in and help us out a little bit," he said. "I'm pulling on both their coattails, so we'll see if we can't get them to bite."

Banke bred and co-owns Lady Aurelia, who returned to Ward's barn at Keeneland after her narrow loss in the Coolmore Nunthorpe Stakes at York. Ward intends to train Lady Aurelia at the Lexington track for her season finale, the Breeders' Cup Turf Sprint, and then give the three-year-old a vacation prior to the 2018 season.

FIRST PUBLISHED 12:25PM, SEP 14 2017
Frankie's already hustling the yearlings before we even start riding them!