Wishing Time bids to give Frankel a belated Christmas present 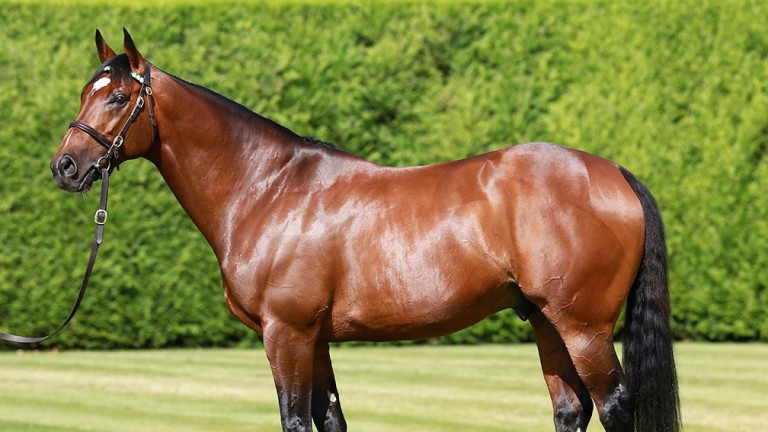 The King George VI Chase rightfully hogs the headlines during the festive period, but a little over an hour before the much-anticipated clash between Cue Card and Thistlecrack in this year's Boxing Day spectacular, Wolverhampton's 5f maiden sees Frankel represented by the juvenile filly Wishing Time, who will be having her first start for David O'Meara at 2.05pm.

At the beginning of the turf season expectations were high that Khalid Abdullah's dual world champion could pass his phenomenal racecourse talent onto his offspring, but even so what Frankel has achieved during his first season with runners has to be considered quite remarkable.

From his first crop, the eight-year-old son of Galileo has been responsible for 18 individual winners worldwide - six at black-type level - with the victory of the beautifully bred Soul Stirring in this month's Hanshin Juvenile Fillies a first triumph at the highest level for progeny of the ten-time Group 1 winner.

Frankel covered a superb book of mares during his first season at stud so it is little surprise that Wishing Time has a smart pedigree.

Bred by Southacre Bloodstock, the breeding operation of Steve Parkin, founder and executive chairman of Clipper Logistics, Wishing Time is the first foal produced by the triple stakes winner Beyond Desire.

The nine-year-old mare was acquired by Parkin as a yearling at the 2008 Doncaster St Leger Yearling Sale with McKeever St Lawrence signing the ticket for the daughter of Invincible Spirit at £55,000.

Beyond Desire was originally trained by Michael Jarvis for whom she made a successful debut over 6f at Goodwood, before finishing runner-up on her next start in the Group 2 Lowther Stakes at York.

Coincidentally, the filly that defeated Beyond Desire in that 6f contest, Lady Of The Desert, is the dam of Queen Kindly, a stakes-winning daughter of Frankel who emulated her dam with a three-quarter length victory in this year's Lowther.

Beyond Desire registered a second success for Jarvis on her first start as a three-year-old in the 6f Listed Cecil Frail Stakes.

Following the retirement of Jarvis in February 2011, she switched to Roger Varian and went on to record two further victories in the following year's Listed Lansdown Fillies' Stakes and Group 3 Prix de Saint-Georges over 5f.

Wishing Time shares her page with Beautiful Romance, the winner of this season's Group 2 Middleton Stakes at York and Zipping Classic at Sandown, Australia, and is a half-sister to a yearling filly by Dubawi and a filly foal by Shamardal.

FIRST PUBLISHED 5:19PM, DEC 24 2016
Frankel covered a superb book of mares during his first season at stud, so it is little surprise that Wishing Time has a smart pedigree