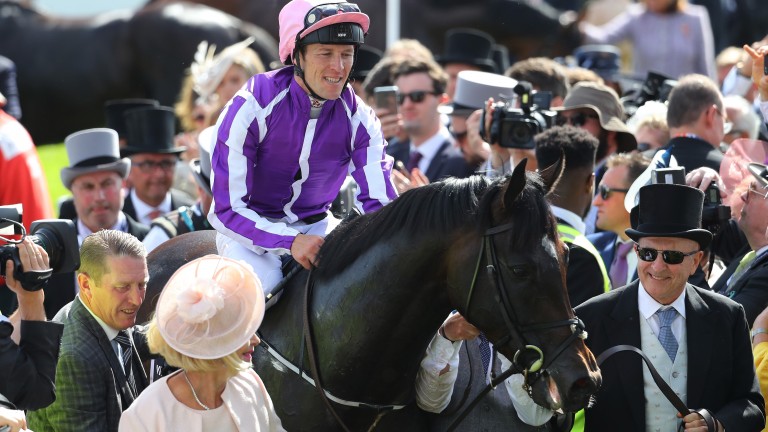 Two first-season sires in 2017 Derby hero Wings Of Eagles and Spanish sensation Noozhoh Canarias were provided with their first winners across Europe on Sunday.

Wings Of Eagles, a son of 2011 Derby victor Pour Moi and French 1,000 Guineas third Ysoldina, enjoyed his finest hour when defeating Cliffs Of Moher and Cracksman in the Epsom Classic, and it was his daughter Jolienene who obliged at the second time of asking at Nimes to get him off the mark in his second career.

The two-year-old, who is out of the Hanoumma mare Bomba, finished third on her debut at Marseille last month. She was conceived when Wings Of Eagles stood at Haras de Montaigu.

Her sire, who was bred by Aliette and Gilles Forien, was a €220,000 purchase by MV Magnier at the 2015 Arqana August Yearling Sale. He has taken up stallion duties in the National Hunt ranks at Coolmore's Beeches Stud, where he stands for a fee of €5,000. 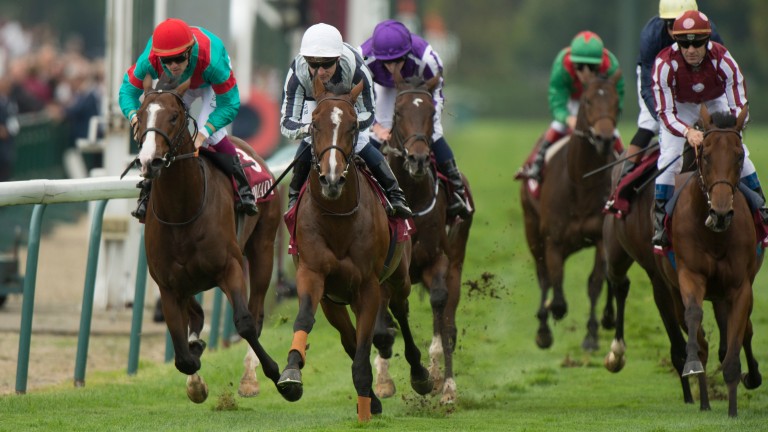 Noozhoh Canarias (left): Spanish star has his first winner on the board
Edward Whitaker

The popular Spanish-bred Noozhoh Canarias, a son of Prix de la Foret hero Caradak and out of the Singspiel mare Noozhah, was represented with a one-two when Bribón led home Wild Sturm at the Hipódromo de La Zarzuela in Madrid.

Noozhoh Canarias won his first three starts at two, including in Listed company, before finishing second to Karakontie in the Prix Jean-Luc Lagardere.

He is a familiar name to British racing fans having finished sixth to Night Of Thunder in the 2014 2,000 Guineas and again to Sole Power in the July Cup.

The Yeguada Torre Duero resident was also third to Olympic Glory in the Prix de la Foret and was a multiple winner in his home country. He stands alongside Kingman's half-brother First Eleven, who welcomed his first foals this year, and Abdel, a multiple stakes-winning son of Dyhim Diamond.

St James's Palace farewell for Lucky Vega as stallion career awaits Joseph O'Brien-trained entries form the backbone of Goffs London Sale offering From subfertile to sire sensation: how Starspangledbanner has defied the odds First for Territories as Darley shuttler strikes on the Sunshine Coast Midnights Legacy taking another small step towards securing stallion future Records across the board as OBS June Sale draws to successful conclusion