Will she or won't she? That is the question 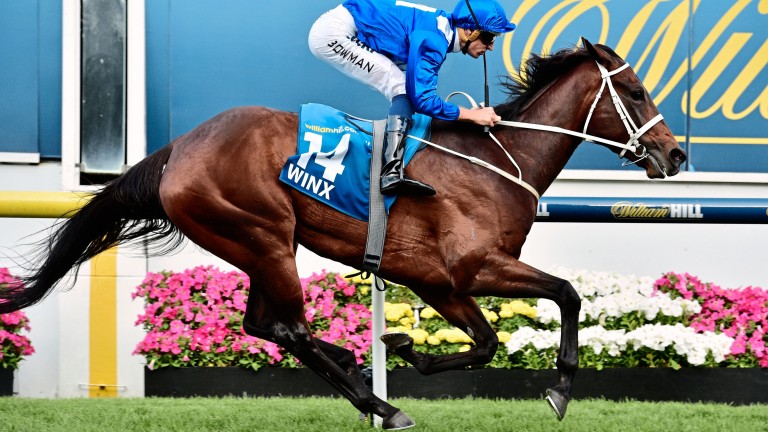 Will the impending announcement of an increase in Cox Plate prize-money, from last year's A$3 million (£1.69m/€1.89m), plus other soon to be announced incentives have any influence on the decision of the owners of Winx to participate at Royal Ascot?

Moonee Valley Racing Club chief executive Michael Browell yesterday told ANZ Bloodstock News there will be a prize-money hike. "It's just a question of how much as we continue our consultation with Racing Victoria. We'd look to make an announcement in the next few weeks," he said.

An announcement is also expected, in the same time frame, on 'additional entitlements' to be offered to Cox Plate runners. "We're working with our sponsors Ladbrokes on that as we identify the world's best 1600m to 2000m horses and examine our potential invitees," he said. "Those invitations will be issued in June."

Like all racing enthusiasts, Browell said he is fascinated to see how immediate plans for Winx unfold. "Her win last Saturday suggests she's lost absolutely nothing and naturally we'd very much love to see her attempt to win the Ladbrokes Cox Plate for the fourth time," he said.

A trip to the UK in June would not prevent that bid but could prove to be a possible complication.

There's only two things regarding Royal Ascot that we know for sure at the moment. Firstly, that no decision will be made until after the George Ryder Stakes on March 24, and secondly, that if she were to go it would be momentous.

However, would it be any more momentous than winning a fourth Cox Plate as a seven-year-old? Good heavens, it's not entirely inconceivable she could win a fifth in 2019. Super Impose was eight when he won; Fields Of Omagh nine when he claimed a second.

If the Royal Ascot mission is to prove her against the world's best and thus cement her reputation as one of the greatest horses ever to have graced the turf, then I'm not sure that can be achieved.

Right now the problem, in my opinion, is the lack of high-class opposition she could potentially meet. There's only two turf horses she could race against and enhance her standing by beating them - the John Gosden-trained pair Enable and Cracksman.

Enable: one of two turf horses Winx could race against to enhance her reputation
Martin Lynch

Gosden is yet to detail plans for either but neither horse has raced over 1600m since their respective debuts, so running against Winx in her most likely target at that distance, the Queen Anne Stakes, would seem unlikely.

Following the retirement of Kitasan Black there is no dominant animal in Japan in the 1600m-2000m range. The spoils of Japan's recent major races have been split among a number of horses.

A high-class three-year-old may emerge but if it's a colt from Europe then the St James's Palace Stakes is the target and, if from Japan, then it would undoubtedly be aimed at the Prix de l'Arc de Triomphe, with which the Japanese have become obsessed.

There are, of course, other attractions. The sheer grandeur of the Royal meeting; the history, the tradition; the opportunity to meet the Queen. And perhaps, Winx's owners might simply to decide to take up the 'sporting challenge' of running her away from home.

If nothing else, you can bet it would provide a tourism stimulus for the UK and there's little doubt that Ascot officials would move heaven and earth if they thought they could lure the 16-time Group 1 winner of a staggering 23 consecutive races.

"If we contacted Royal Ascot, I'm sure they'd pay for all of us," trainer Chris Waller joked with his three interviewers on RSN Melbourne radio on Monday, much to the delight of the three aforementioned 'battling' journalists. Hundreds would follow the lead.

"Having Tepin was more groundbreaking - a US turf horse in one of our premier races," said Nick Smith, Ascot's director of racing and communications. "But Winx would be a bigger media story than we've seen before, as social media was in its infancy in the Black Caviar era. Winx coming would be a defining moment for us and her, that's for sure."

Tepin, of course, won the 2016 Queen Anne Stakes. Last year's winner, incidentally, was Ribchester who's been retired to stud.

That was a veritable frenzy. Black Caviar was back-page news in English papers on the day of her race - even, in some instances, pushing aside England's European Cup quarter-final clash with Italy the following day.

Winx has been courted by Nick Smith, who says that Redkirk Warrior (pending Saturday's Newmarket Handicap) and Shoals are the most likely Royal Ascot visitors from Australia, and also by Goodwood's managing director Adam Waterworth and York's chief executive William Derby. 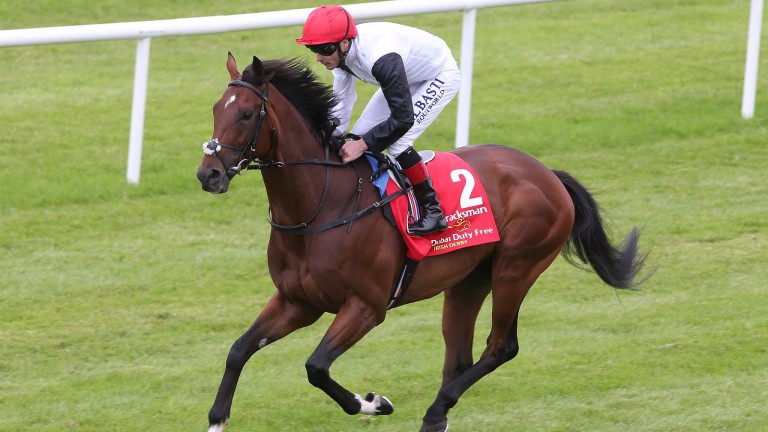 But what if Australia managed to lure either Enable or Cracksman to our shores? Okay, it's 1000-1 for Enable as she'll surely be prepared to defend her Arc crown.

What if Gosden decided he didn't want to run Cracksman against her in Paris? He could come to Australia for the Cox Plate and head on to the Japan Cup or Hong Kong. Gosden won the Geelong Cup here in 2012 with Gatewood. His son Thaddeus has spent a lot of time here.

What if one of the major studs wanted to secure a son of Frankel to either stand here or shuttle?

Browell confirmed that Cracksman was atop the list of likely invitees.
History is going to be kind to Winx no matter what. Does it matter how she's perceived beyond these shores? She'd have to win by a Frankel-like margin to win over the Brits, you fancy. I doubt that Black Caviar rates too often a mention when the punters in an English pub are discussing the world's greatest racehorses.

Frankel didn't race outside England and few would argue that he's not the greatest horse of the modern era. Even Black Caviar's trainer Peter Moody has said as much.

Winx, as it is, ain't far behind. She could skip the European summer, win a surely never to be rivalled fourth Cox Plate and then, perhaps, go to Hong Kong in December if she still has a spring in her step and if the restrictions on horse movement between the two countries has been lifted. Or go on to win a fifth Cox Plate.

Whatever path she takes it will be tremendously exciting. But taking on - at home - a horse like Cracksman, assuming he recaptures last season's form, or an emerging star from Japan would be the most exciting of all.

FIRST PUBLISHED 8:00AM, MAR 7 2018
There's only two turf horses she could race against and enhance her standing by beating them - the John Gosden-trained pair Enable and Cracksman