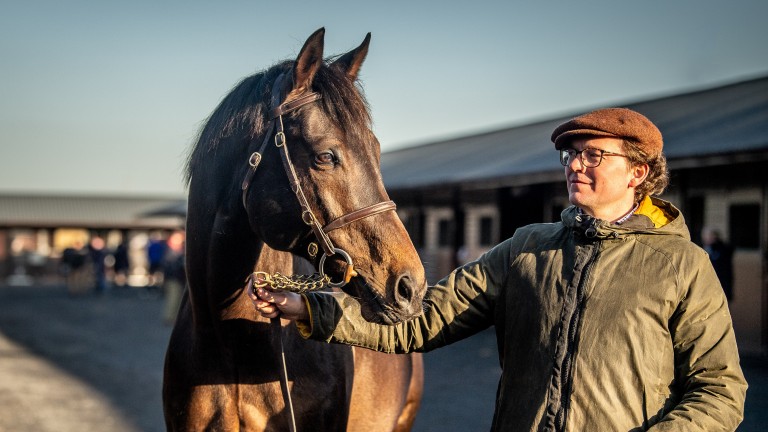 Will Kinsey's Peel Hall Stud has entered the stallion market for the first time, with Frammassone, a Grade 1-winning hurdler by Fraam, due to stand the 2020 breeding season at the Cheshire farm.

Kinsey, a former trainer and amateur jockey, explained how he came to stand Frammassone. He said: "Some owners who keep mares with me - the Beswick brothers, and their racing manager Marcus Collie - told me they were thinking of buying Frammassone.

"When they'd finalised the deal I asked them if they'd like me to stand him as we keep their mares. I'd seen some of his stock at the sales and I liked what I saw so I thought it was a good opportunity for us to dip our toe into the stallion market."

On entering the stallion business, Kinsey, who was busy showing Frammassone to prospective breeders at the TBA National Hunt stallion showcase in Doncaster during the Goffs UK January Sale, said: "He's our first stallion, though people have approached us about standing horses in the past.

"It wasn't necessarily the plan to have stallions at Peel Hall, I just thought the opportunity and timing were right, and it may well be something that progresses in the future."

"He raced - and won - on the Flat at two and ran until he was nine, winning two Grade 1s over hurdles and winning over fences so he's durable, he's got a great temperament and he's a fantastic mover with good bone; all the things you want in a jumps stallion," said Kinsey.

His best performers to date include Cedar Hill, a winner at Punchestown on New Year's Eve, and Do Wanna Know, who finished runner-up to the smart Longhouse Poet in a Boulta maiden before making a winning rules debut for Charlie Longsdon in a Huntingdon novice hurdle.

"He's standing at £2,000 and the Beswick brothers will be supporting him with their own mares," added Kinsey. "We'll be sending some of our own mares too, though we're commercial breeders so we'll continue to use plenty of outside stallions as well."

FIRST PUBLISHED 5:48PM, JAN 21 2020
I'd seen some of his stock at the sales and I liked what I saw so I thought it was a good opportunity for us to dip our toe into the stallion market