Wiener Walzer to continue stud career in Turkey next year

The Turkish Jockey Club bought the half-brother of Port Douglas 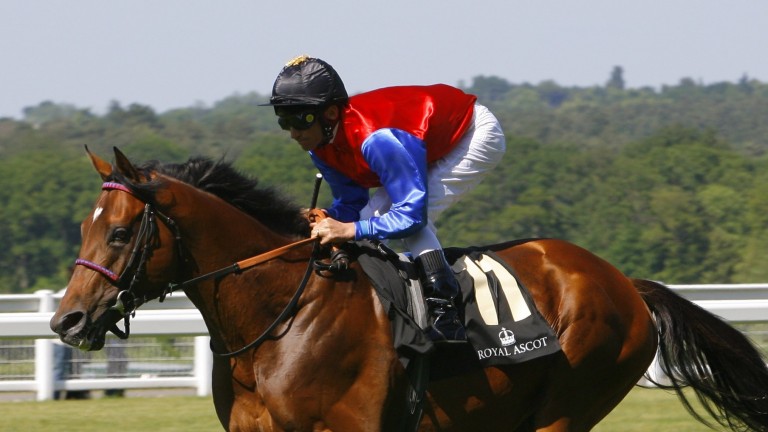 Dual Group 1 winner Wiener Walzer has been bought by the Turkish Jockey Club to stand in Turkey in 2017.

The son of Dynaformer has stood the last five seasons at Gestut Erftmuhle at a fee of €4,000.

A Gestut Schlenderhan homebred, Wiener Walzer is out of the Kingmambo mare Walzerkoenigin, who finished third in the Falmouth Stakes.

Wiener Walzer is a half-brother to Beresford Stakes winner Port Douglas, and to Walzertraum and Walzertakt, who won the Group 2 Prix Maurice de Nieuil at Longchamp.

Wiener Walzer raced from two to five, winning both the German Derby and Group 1 Rheinland-Pokal as a three-year-old.

He also ran fifth in the Prince of Wales's Stakes at Royal Ascot and finished twelfth in the Arc.

His best runner to date has been Skarino Gold, winner of the Group 2 Gran Criterium, and he is also the sire of the Listed-placed The Dancing Fairy.

FIRST PUBLISHED 3:13PM, DEC 7 2016
Wiener Walzer raced from two to five, winning both the German Derby and Group 1 Rheinland-Pokal as a three-year-old