ANZ Bloodstock BREEDER OF THE MONTH 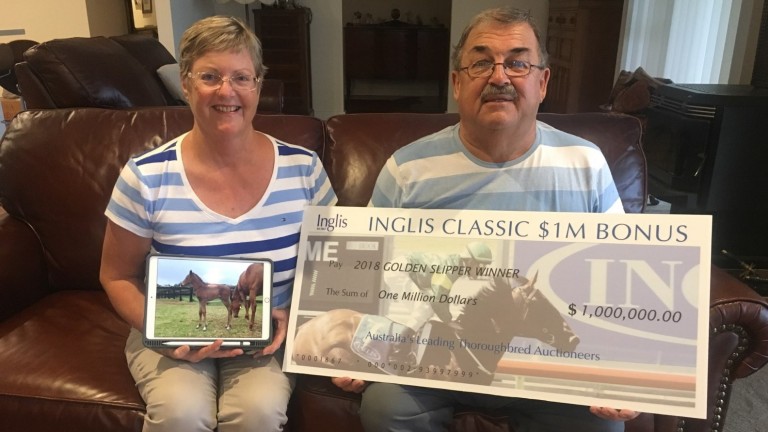 How did you become involved in breeding? I had a cousin who won an Auckland Cup and I bought my first mare in 1979 when I had an electrical wholesale business and we just bred the odd one.

Then we came over to Australia to put a bit of effort into it in 2002. We started off with New Zealand-style mares, your middle-distance, mile-onward style horses, and we have morphed into a sprinting-type animal and I think it is working.

How many mares do you own? We have about 35 mares. We haven't had that many before, we’ve usually had between 17 or 18.

What stallions are they in foal to/foaled to and going to this season? I have got Now Now, a daughter of Danehill Dancer, who is the dam of Fiesta, by I Am Invincible, and she is in foal to Capitalist.

She's got an Outreach colt at foot, who is outstanding. Outreach ran second to Vancouver in the Group 3 Canonbury Stakes over 1100m before breaking a leg and he has to be a real chance at stud.

What has been your biggest success in breeding? It would have to be Fiesta, which was a thrill watching her on the couch winning the Widden Stakes this year and we received many texts, which we read about 20 minutes later. One was from Jonathan D'Arcy from Inglis saying we had won A$100,000, as an Inglis Classic Gold Riband graduate, so we were pretty shocked.

We forgot from year-to-year what the bonuses are. We have also sold three Group One winners off the farm: Choice Bro, by Choisir; Glorious Days, by Hussonet; and Good Project, by Not A Single Doubt. The latter's dam Euchre we still have and she is currently in foal to Coolmore's first-season sire Rubick, a son of Encosta De Lago.

What is the best piece of advice you have received or you would give about breeding? Stay with it. It is a long-term thing and not something you should think you are going to be able to make a quick buck.

Are there any pedigree nicks/stallions you like and why? The Pierro-Danehill cross has to be one. We have the dam of Vinnie Eagle, Sweet Maggie, and she is a Danehill Dancer mare and she is in foal to Pierro, which is the reason why we sent her to him.

What do you look for when selecting a mare and what criteria do you set when buying mares? There has got to be a reason for bad race performance, but if there is a reason, then it doesn't worry me.

We look for pedigree, of course, and theories. Everyone has their different theories about what you should and shouldn't be looking for in a mare. It is a combination of all factors.

We have to remember, in fact, seldom is it the type you get. Type is important when I am doing my matings, but it is not so important with my mares. If we are finding a mare is throwing a bad type, we might get rid of her.

Is there anything you would like to see changed in the breeding industry? In Australia, there is no doubt that John Messara and Peter V'Landys have done a great job for New South Wales and if everyone else follows the lead of New South Wales, then we would be in a fantastic position.

Estijaab a A$1.7 million bargain after Golden Slipper win