Who's the greatest? Father or son – or do both owe it all to Northern Dancer? 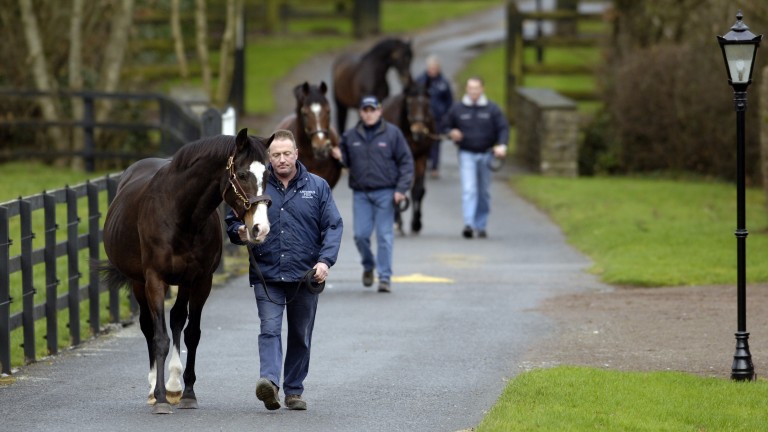 Sadler's Wells leads his record-equalling son Galileo on a walk at Coolmore, followed by the patriarch's other sons Montjeu and High Chaparral
Edward Whitaker
1 of 1
By Chris McGrath UPDATED 7:44PM, SEP 16 2018

So who's the daddy of them all? Galileo – or his own sire, Sadler's Wells, the pair now sharing the same summit of 73 worldwide Group or Grade 1 winners? Or do both Coolmore titans still fall short of their respective grandsire and sire, Northern Dancer?

It should be acknowledged at the outset that historic comparisons between stallions tend to be every bit as precarious as those between racehorses.

Relative book sizes, in particular, make it hard to contrast the imprint of sires today with that of their forbears. Nearly a century ago Phalaris, the modern breed's most influential stallion, had a first crop of just 16 foals.

That is not such an issue, of course, in comparing the father and son who have dominated European bloodstock since the harnessing of veterinary science to the commercial impact of their dynasty's founder, Northern Dancer. Riding that wave, Sadler's Wells sired nearly four times as many foals as his sire. But his stakes-winners-to-foals ratio suffered as a result, rendering that a slippery benchmark also.

The Pattern, equally, has itself been a moving target: some races upgraded, others downgraded. So even this case of ostensible parity, with their 73 elite winners apiece, will have its porous elements. 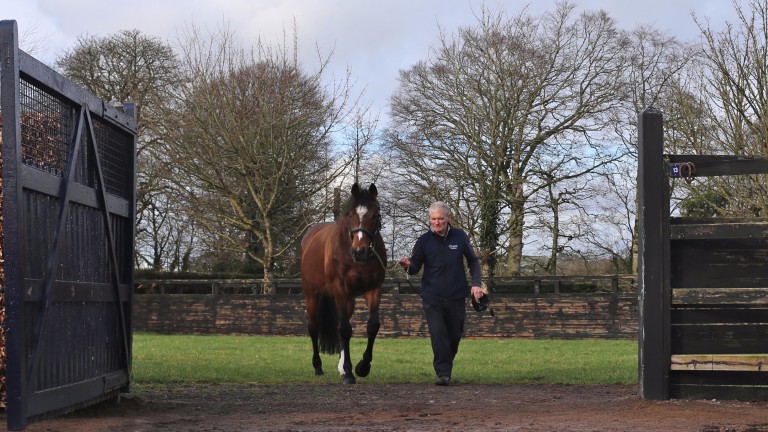 And the relative number of sires' championships, which might appear to neutralise variables by simply identifying the best performer in the current environment, is naturally subject to the prevailing standard of opposition.

Sadler's Wells bestrode the domestic sires' list 14 times in 15 years, in the process overhauling the 18th Century record of Highflyer, but could anyone definitively assert his superiority to his own father, who won titles on both sides of the Atlantic?

Galileo resembles Sadler's Wells in never having spread his resources that way. Both have the reputation of dyed-in-the-wool turf sires with a strong suit of stamina and a corresponding powerbase in Europe, albeit their 73 top performers include many who shipped or emigrated to plunder big prizes on grass in North America.

Northern Dancer, for his part, produced a number of other sons and grandsons who proved of transatlantic significance. His grandson Storm Cat, for instance, was second only to Sadler's Wells in the UK-Ireland table in 2000 when champion in North America. 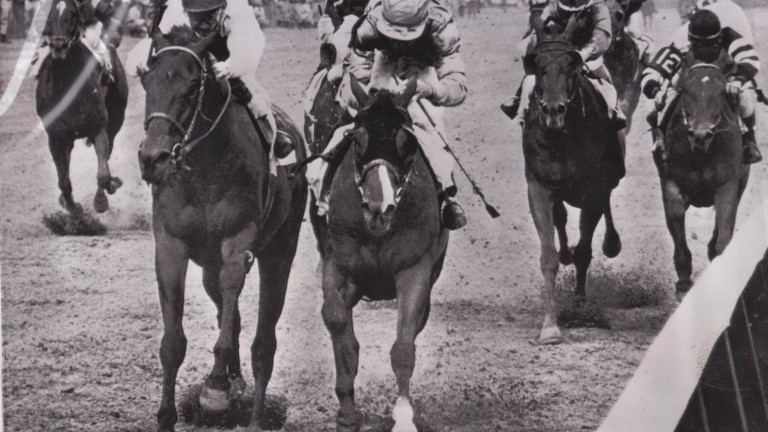 Northern Dancer, the little horse with blinkers and a skewed blaze, registers his breed-changing success in the 1964 Kentucky Derby

Only El Prado, his outstanding North American heir, has proved able to parlay the class of Sadler's Wells into radically different environments. Grandsons of El Prado include sprinters as fast as Astern, Artie Schiller and Bobby's Kitten, while his son Medaglia d’Oro was himself top-class on dirt and numbers Rachel Alexandra and Songbird among his own stars on that surface.

Given this dynamic trend in the El Prado dynasty, it remains premature to make the ultimate qualitative judgement between his sire and Galileo. As he reaches the evening of his career, however, it seems feasible to suspect that Galileo may leave the wider footprint on the breed.

For the graph-lines of their stud careers by no means run in tandem. Though he was relentlessly consistent from the outset – producing six Group 1 winners in his first crop, and at least one in each of the subsequent 17 – for a long time it was muttered that Sadler's Wells had not really found a worthy heir. And the root of that scepticism can be measured, now, by the drift of so many sons of Sadler's Wells into the National Hunt ranks: King's Theatre, Kayf Tara, Old Vic, Milan, Yeats, Doyen.

The two horses who would alter that perception arrived relatively late in the piece, Montjeu foaled in 1996 (11th crop) and Galileo himself in 1998 (13th). Curiously, Montjeu has in turn endured similar questions. With due respect to Tavistock in the southern hemisphere, the record-equalling Derby patriarch seems to have a lot of eggs in Camelot's basket – which, in fairness, appears to have been very elegantly woven – if he is to trigger a European sire-line of his own. Though a racehorse who traded on brilliance rather than toughness (the reverse of his own father), Montjeu's stout pedigree is qualifying him as a potent sire of jumps sires; one of his four Derby winners, indeed, had already been shuffled that way by the time he pulled Wings Of Eagles out of his hat at Epsom last year. 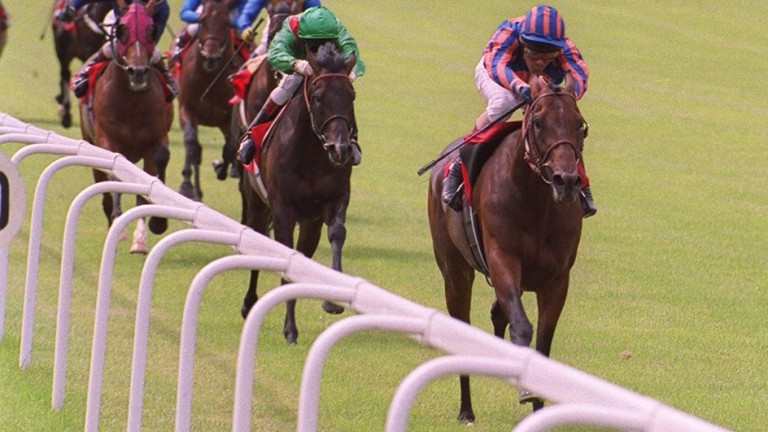 Montjeu wins the 1999 Irish Derby: he would go on to sire four Epsom winners
MSI Caroline Norris 50% NO PRIVA

Galileo, in contrast with his sire, made a low-key start with his first runners – albeit three members of his first crop ultimately filled the frame in the St Leger, even as his second was producing a champion juvenile in Teofilo – but very quickly had sons going persuasively into bat on his behalf. And they have since only increased in both quality and quantity.

The great Frankel emerged from his sixth crop, and is now very nearly punching his weight with Galileo in the sales ring. Frankel's contemporary Nathaniel produced a European champion at the first attempt. By the time those two reached the track, moreover, Teofilo and New Approach had already gone to stud. In the meantime, a series of other sons have entered competition for a share of Galileo's legacy; with Intello, Australia, Gleneagles, The Gurkha and company joined by the likes of Ulysses and Churchill.

Moreover there are twin respects in which Galileo, though now 20, is still evolving his profile. With time, it has become more and more evident that speedy mares can dilute Galileo as a stamina influence. Following the example of Frankel, Churchill and Winter both won mile Classics on the same principle last year. And so it was that Galileo, veteran as he now is, broke new ground when Churchill's sister Clemmie won the Cheveley Park Stakes – so giving him a first Group 1 success at a distance short of seven furlongs. 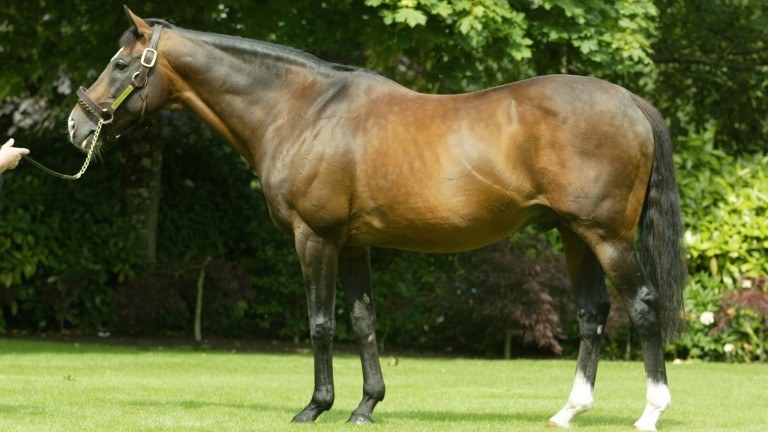 Galileo's other developing dimension is as a broodmare sire, where his CV will continue to mature long after retirement – as we still see with Sadler's Wells, again a very hard act to follow. It was the latter’s daughter Concentric who produced Enable for Galileo's son Nathaniel, for instance, making her inbred to Sadler's Wells 3 x 2.

Quite how many more years Galileo can still produce champion after champion, winning title after title, remains to be seen. Having turned 20, his books will be managed ever more carefully and presumably focus on Coolmore's home herd. His own farm will not be short of sons to offer as a value alternative, while Frankel will doubtless lure many mares as he enters an undisputed pomp.

Yet a final judgement between Galileo and his father will not be possible for years. In some ways, clearly, it is preposterous to judge between a father and son as sires of sires. You can hardly credit Frankel only to Galileo, and not to his grandsire; nor indeed Galileo to Sadler's Wells, and not to Northern Dancer. No less obviously, however, the influence of each has been shaped by three different mares and their families. Natalma, Fairy Bridge and Urban Sea must all be given some kudos for their partners' impact on the breed. 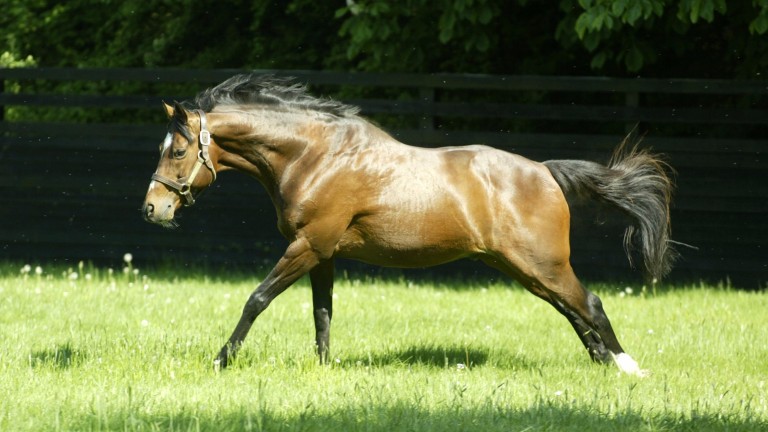 Galileo: carving out a legacy as a sire of sires
Peter Mooney

In some respects Galileo seems ahead of the game: he will presumably go clear now, for one thing, by aggregate Group 1 wins. Yet even if his sons have made a more purposeful start at stud, they will do well even between them to match Montjeu's four Derby winners. And neither Galileo nor Sadler's Wells, for all the overwhelming cumulation of their elite success, can claim the same geographical reach as Northern Dancer.

In those terms, in fact, as yet Galileo arguably cannot even match El Prado among the sons of Sadler's Wells. But nobody, at the time, could have foreseen the way El Prado would play out. So who can say, at this stage, which of Galileo's sons may yet transform his own legacy in years to come?

If you enjoyed this, you should also read...