When a jumping man's fancy turns to thoughts of Doncaster

Big players assemble in hunt for the next Yanworth 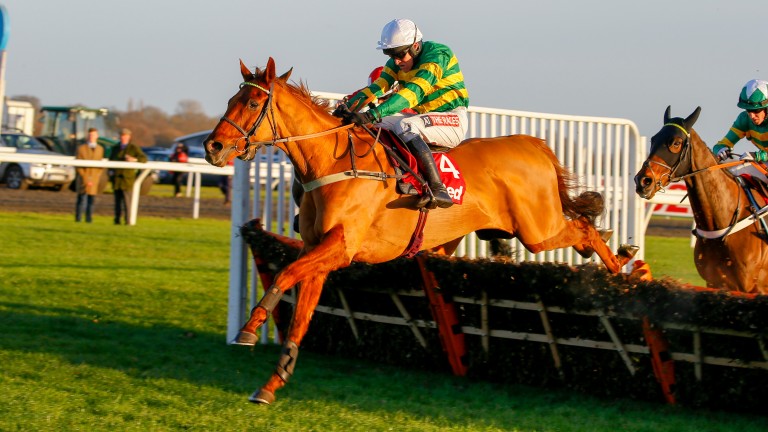 It may be nearly two months late, but it seems as though spring has finally arrived. Flowers are in bloom, temperatures are rising, and as turf up and down the country seems to grow greener by the day, the racing community's collective attention turns to thoughts of the upcoming Classics at the Curragh and Epsom. Apart, that is, from those assembling at Doncaster - not only because the town's own Classic remains nearly four months away, but also because Goffs UK this week plays host to three hugely important days for National Hunt stables prospecting fresh talent for next winter.

In anticipation of the Spring Store Sale on Tuesday - which is followed by the two-day Spring horses-in-training and point-to-point sale - the sales ground stabling area was a hive of activity from early morning on Monday, as the likes of Tom Malone, Harry Fry, Eddie O’Leary and other big names intently inspected the 257 unbroken three- and four-year-old stores catalogued.

One who could be forgiven for overlooking the lure of Cheltenham just now is Joseph O'Brien, who struck with the Royal Ascot-bound two-year-old True Blue Moon at Naas on Sunday and who looks set to saddle Intricately in the Tattersalls Irish 1,000 Guineas this coming Sunday. But Group 1 aspirations are on hold for the next few days, as O'Brien sets about strengthening his team of jumps prospects.

"It's my first time at this sale," said O'Brien, who aims to have around 40 jumpers in his yard by the time the season begins in earnest. "But I've been going to the National Hunt sales for the last few years. These horses are your future as a trainer so it's a very important time of year."

No less so for Anthony Bromley, David Minton and Tessa Greatrex, the team behind Highflyer Bloodstock, who were studiously casting their expert eyes over the lots. The Spring Sale has been a happy hunting ground for Highflyer - not least through Yanworth, sourced for just £16,000 from the sale back in 2013. Yanworth was still carrying the silks of his trainer Alan King when he won a Wincanton bumper on his debut, prompting his acquisition by JP McManus. His high-class record since was extended by a brace of Grade 1s during the most recent campaign, namely the Christmas Hurdle and the Liverpool Stayers Hurdle.

On the very same day in 2013, barely an hour earlier in fact, Highflyer had also unearthed Cloudy Dream, again for £16,000. He has since gone on to land the Grade 2 Future Champions Novices' Chase during the Scottish Grand National meeting.

Once the horses-in-training auction begins, meanwhile, Highflyer will take a turn as vendors rather than purchasers, through the annual dispersal of the horses belonging to the Million In Mind syndicate. Last year's draft sets them lofty standards, however, having produced the top two prices in Le Prezien and The Organist, at £290,000 and £260,000 respectively.

With 485 lots entered for the form horse sessions - including a mix of promising pointers and highly rated runners from both the Flat and the jumps - it looks sure that more gems will emerge from this arena over the next three days.

The Spring Store Sale begins on Tuesday at 10am.