What price a festival winner? Future stars on offer at Tattersalls Cheltenham 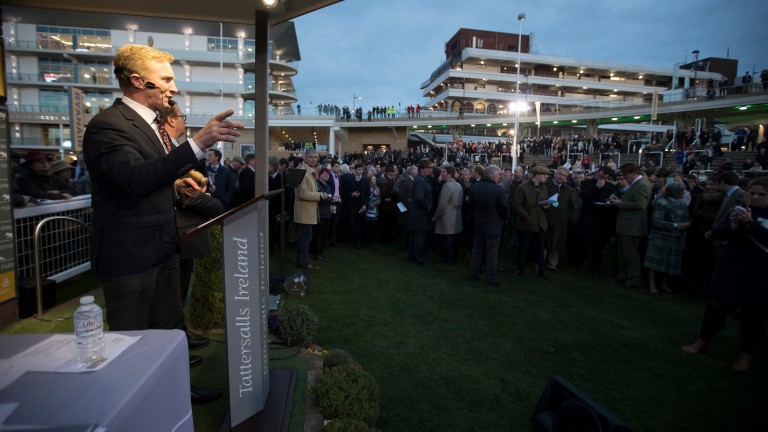 Action will not be confined to the racecourse at Prestbury Park on Thursday, with Tattersalls Cheltenham hosting the Festival Sale on the hallowed turf of the winner's enclosure shortly after the conclusion of the Kim Muir.

Although theatre is guaranteed, the auction is not merely a sideshow, as last year's edition of the Festival Sale saw £3,410,000 change hands, with the headline act, the winning pointer My Whirlwind, knocked down to Nicky Henderson for £400,000. The daughter of Stowaway is yet to run for Henderson but is registered as being owned by JP McManus.

Buyers and vendors alike have got behind the Festival Sale in a big way in recent times, with turnover having increased by 150 per cent in the last five years, with an aggregate of £1,362,000 at the 2015 renewal, the final year the auction was hosted by Brightwells.

It is little wonder figures have grown significantly, as the Festival Sale is steadily but surely building up quite the roll of honour.

Buyers at past renewals of this most boutique event have walked away having secured talents such as Maire Banrigh, Slate House, Sporting John, The Big Getaway and The Glancing Queen, all of whom have run - or are scheduled to run - at this year's festival.

A certain Santini also came under the hammer in 2017, although ultimately remained under the ownership of his breeders, Richard and Lizzie Kelvin-Hughes.

These results are also underpinned by a surge in demand for highly credentialed point-to-pointers, particularly from Ireland.

This seems unlikely to change any time soon, as there have already been six shining examples of the talents that can be sourced from the Irish point-to-point field at this year's festival alone, with Envoi Allen, Ferny Hollow, Honeysuckle, Shishkin, Ravenhill and The Conditional all having cut their teeth between the flags before going on to land major prizes.

Denis Murphy, vendor of Harry Senior, Oldgrangewood and Finian's Oscar, sends the largest draft of horses to Cheltenham, with six point-to-pointers due to be offered under the Ballyboy Stables banner. 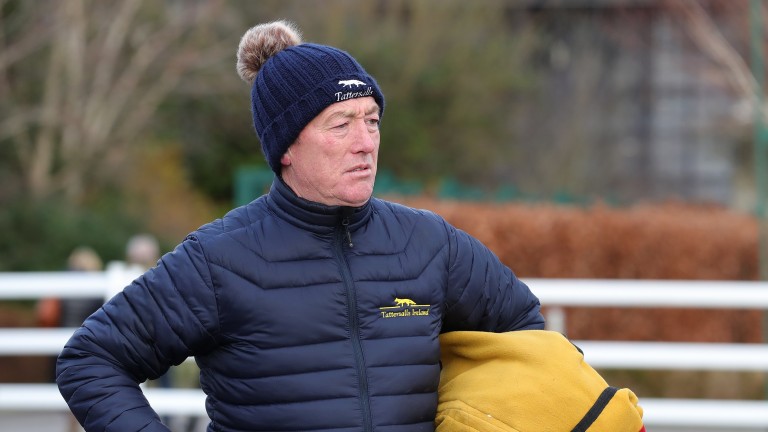 Denis Murphy: "He loved [Davy] Russell and [Jamie] Codd. They were Gods to him."
Debbie Burt
Tucson Train (lot 1), Bring The Action (9) and Greenrock Abbey (24) all made winning debuts, but, interestingly, it is Gaston Phebus (13), who finished third to Ellmarie Holden's Docpickedme (8) at Ballycahane, and Lakota Warrior (16), runner-up to the Colin Bowe-trained Gerri Colombe (11) at Lingstown, who Murphy highlights as being potentially "very special".

He said: "I've a nice bundle of horses at Cheltenham. Gaston Phebus and Lakota Warrior could be very special. They both finished placed on debut but they're both big backward horses who showed plenty of ability.

"Gaston Phebus probably ended up being in front long enough, he was very green and got lonely out in front - that's just the way the race panned out - and Lakota Warrior is a very classy horse."

He continued: "Bring The Action is a big baby of a horse but looks like he could end up being a very good staying chaser. The Mahler filly [Barden Bella] is a big backward lady too who'll end up being a nice staying chaser as well. Then there's Greenrock Abbey, who could be a good bumper horse or a hurdler as I think he's a very sharp horse."

Given the results at Cheltenham, Murphy, a Festival Sale regular, said he expected the upward trend seen in recent years to continue.

"The point-to-pointers have done well at the festival already, there were four winners on the first day, so I see no reason trade won't be good," he said.

FIRST PUBLISHED 1:27PM, MAR 11 2020
The point-to-pointers have done well at the festival already, there were four winners on the first day, so I see no reason trade won't be good