What happened next: how the last ten Eclipse winners are faring at stud 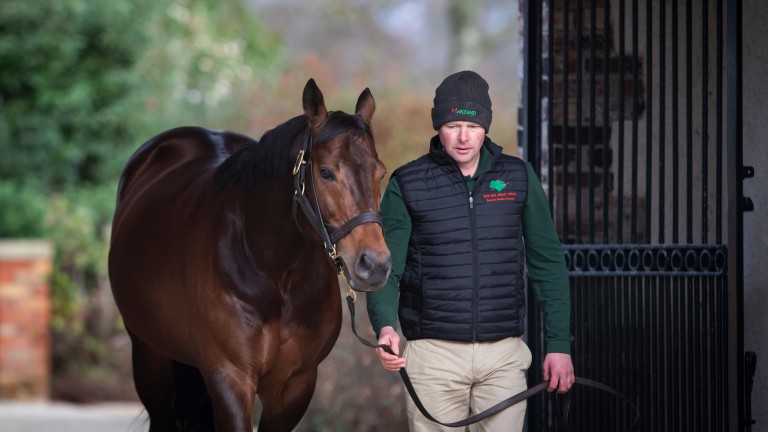 Sea The Stars, successful at Sandown in 2009, with handler Ray Moore at Gilltown Stud
Patrick McCann
1 of 1
By Martin Stevens UPDATED 3:14PM, JUL 6 2019

The Coral-Eclipse is the first chance for the three-year-old crop to test their talent against their elders in Group 1 company and has consequently resulted in some thrilling contests. Think of four-year-old Ulysses bravely holding off the late charge of the year-younger Barney Roy two seasons ago, or Golden Horn scoring for the Classic generation when easing to a wide-margin victory over The Grey Gatsby in 2015.

Several winners of the race have gone on to make a huge impact on the breed after they retired to stud, not least 1984 graduate Sadler's Wells, who ruled the British and Irish sire table on a record 14 occasions, and millennium scorer Giant's Causeway, a multiple champion sire in North America.

But what of the more recent winners of the Sandown showpiece? Here we take a look at how the last ten are faring in their second careers.

Sea The Stars was bred for greatness, as a son of Arc heroine Urban Sea and half-brother to Galileo, and he duly attained greatness on the track. Retired to the Aga Khan's Gilltown Stud after his world champion three-year-old season, his oldest crop are eight-year-olds and he is firmly established as a premier-league sire, often transmitting abundant class and staying power to his offspring.

He has 53 stakes winners to his credit, 11 of whom struck at the highest level including the likes of Harzand, Sea The Moon and Taghrooda. Royal Ascot last month showcased his brilliance, as he supplied decisive Prince of Wales's Stakes winner Crystal Ocean, repeat Gold Cup victor Stradivarius and Ribblesdale Stakes scorer Star Catcher.

A four-time Group 1 winner who showed smart form over six consecutive seasons, with a fine Juddmonte pedigree to boot, it was perhaps a shade disappointing Twice Over was despatched straight to South Africa for his stallion career instead of aiming to enhance the European gene pool; however, he is by a rather unfashionable sire and was retired in the same year as fellow Juddmonte colour bearers Frankel and Bated Breath, so would likely have struggled for support at home.

Europe's loss has proved to be South Africa's gain, as Twice Over is now considered one of the most exciting young sires there. He has delivered multiple Group 1 hero Do It Again, who has landed the prestigious Durban July, fellow elite winner Sand And Sea and stakes scorers Doublemint and Run Red.

2011
So You Think
High Chaparral-Triassic (Tights)

The New Zealand-bred champion stood at Coolmore for four seasons, from 2013 to 2016, and his best progeny bred in the northern hemisphere are Longchamp Listed winner Marathon Man and Hughie Morrison's useful middle-distance handicapper Corgi. 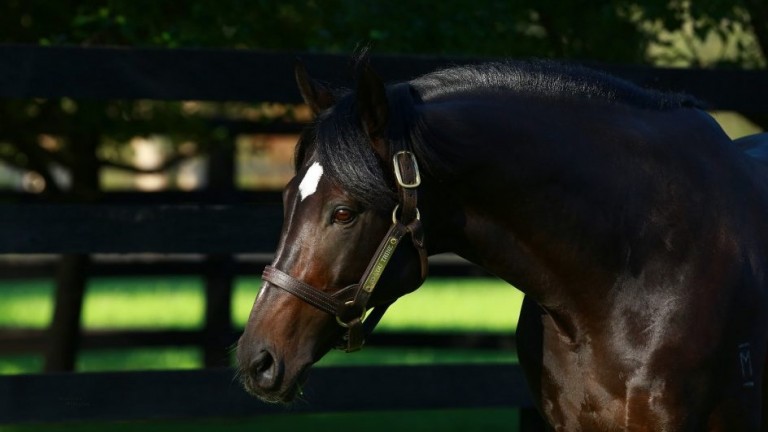 So You Think: developing into a leading sire in Australasia
Coolmore

It is fair to say that So You Think has fared much better as a stallion with his Australasian-bred runners, who include Group 1 winners D'Argento, Inference, La Bella Diosa, Nakeeta Jane and Sopressa.

A horse who hit his stride at three and who hails from a middle-distance family – by Galileo out of a Musidora Stakes winner, making him a brother to Irish Oaks heroine Great Heavens – was never going to be a rich source of precocity, but boy has it been worth waiting for his progeny to reach their Classic seasons.

From four crops of racing age conceived at Newsells Park Stud he has supplied 15 stakes winners, including a truly exceptional talent in Enable – who is set to make her eagerly awaited five-year-old debut in this year's Eclipse. He is in a rich vein of form this summer, with daughter Channel having triumphed in the Prix de Diane and son Dashing Willoughby having taken the Queen's Vase at Royal Ascot.

John Deer's homebred experienced a rollercoaster ride after winning three Group 1 races, culminating in the Eclipse, in his five-year-old season. The son of Dubawi was originally sold to stand at the Royal Studs in Sandringham and syndicated, with the Queen and Sheikh Joaan Al Thani the principal shareholders. However, he failed to get a sufficient number of mares in foal in his first book and was the subject of an insurance claim, leading to Deer buying him back. 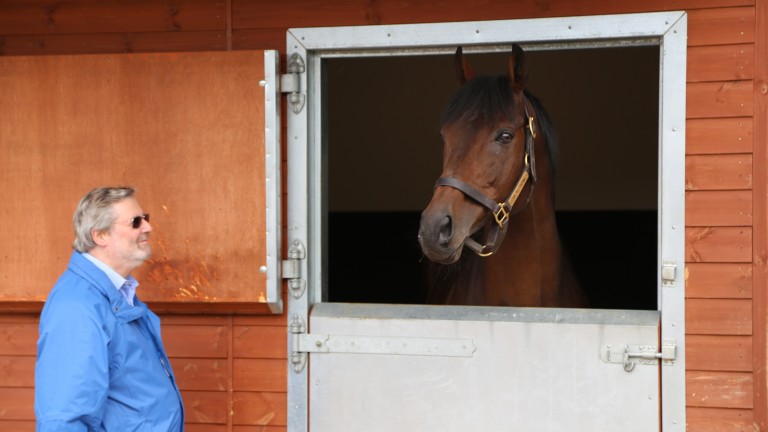 Al Kazeem returned to racing in the summer of his six-year-old season with his enthusiasm and ability maintained, his trainer Roger Charlton expertly preparing him to win the Winter Hill Stakes and finish a neck second to Noble Mission in a memorable Champion Stakes. At seven he added the Prix d'Harcourt and a second Tattersalls Gold Cup to his resume, before he was retired once again, this time to cover small, carefully managed books at Deer's Oakgrove Stud in Chepstow.

The few four-year-olds who were the result of Al Kazeem's short spell at Sandringham include Group 2 winner Aspetar and Listed-placed Golden Spell.

A fine front-runner with a finishing kick that often proved lethal, as was the case in the Eclipse, Mukahdram is by an excellent sire in Shamardal and is descended in the distaff line from the influential Haydock Sprint Cup heroine Cherokee Rose; yet he has never covered mares at Nunnery Stud at a fee higher than £7,000.

It is no great surprise, then, that he is gaining acclaim as a noted value sire. His first crop, aged three, has yielded US Grade 3 winner A Bit Special, the classy all-weather performer Jahbath, smart handicapper Aweedram and last month's Royal Ascot scorer Thanks Be.

The brilliant son of Cape Cross has stood the past four seasons covering high-class books of mares at Dalham Hall Stud, and has his first two-year-olds representing him on the track this year. 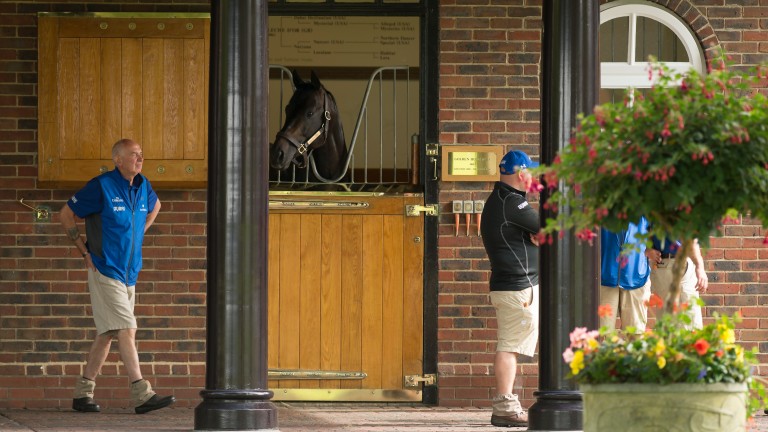 Golden Horn only sired his first winner on Friday with West End Girl opening her account in a 7f novice stakes at Haydock, but there is no shame in him being behind his peers as he is a classically bred horse who made his own racecourse debut at the end of the October of his juvenile season and flourished over middle distances at three.

Hawkbill covered his first mares alongside Golden Horn at Dalham Hall Stud this year. It is only guesswork whether he will make a successful stallion at this stage but what we can say is that, although unproven, he offers breeders plenty for his £7,500 fee.

He combines the influences of those two former Eclipse winners turned sire sensations, Sadler's Wells and Giant's Causeway, as a paternal great-grandson of the former and a maternal grandson of the latter. His father Kitten's Joy is a former North American champion sire and he is a half-brother to a Grade 1 winner in Free Drop Billy, so the pedigree is above reproach.

Hawkbill was also an admirable racehorse, scoring in ten of his 24 starts including when giving Poet's Word a three-length beating in the Dubai Sheema Classic, and he was a winner at two, three, four and five.

The beautifully bred colt, by a Derby winner and out of an Oaks winner, lived up to his page by winning two Group 1 races at four – the Eclipse and Juddmonte International. He stood his first season at Cheveley Park Stud at a fee of £30,000 last year, when he covered 115 mares, and had his price sharply reduced to £17,500 for his second season in 2019.

With Cheveley Park Stud and the Niarchos family standing behind him, Ulysses has received strong support – as reflected in the pedigrees of some of his first foals: fillies out of Dublino, Gilt Edge Girl, Heaven Sent, Hooray and Integral, colts out of Ama and Echelon and a half-sister to Advertise and a half-brother to Seahenge. 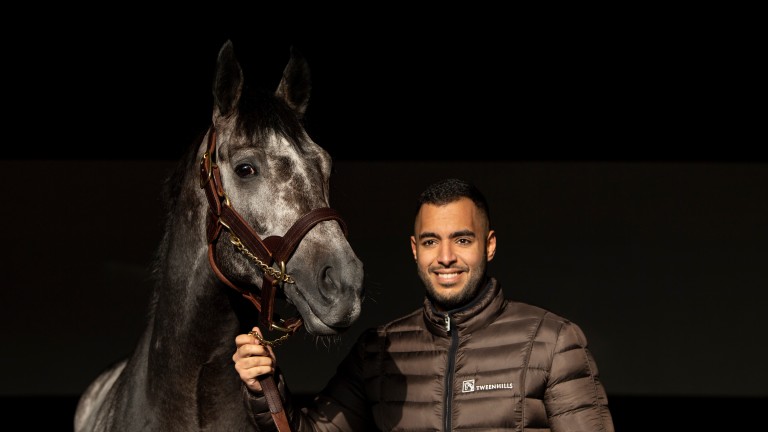 Roaring Lion retired to Tweenhills Stud in Gloucestershire this year after a champion three-year-old season in which he took the Dante, Juddmonte International, Irish Champion Stakes and Queen Elizabeth II Stakes in addition to the Eclipse – the second son of Kitten's Joy to land the Sandown Group 1 in three years after Hawkbill.

He has reportedly been in strong demand, with home mares covered including top-level winners Lightening Pearl, Molly Malone and Simple Verse, and outside breeders bringing the likes of Bateel, Giofra and Golden Lilac to his court.

FIRST PUBLISHED 4:04PM, JUL 5 2019
The few four-year-olds who were the result of Al Kazeem's short spell at Sandringham include Group 2 winner Aspetar and Listed-placed Golden Spell