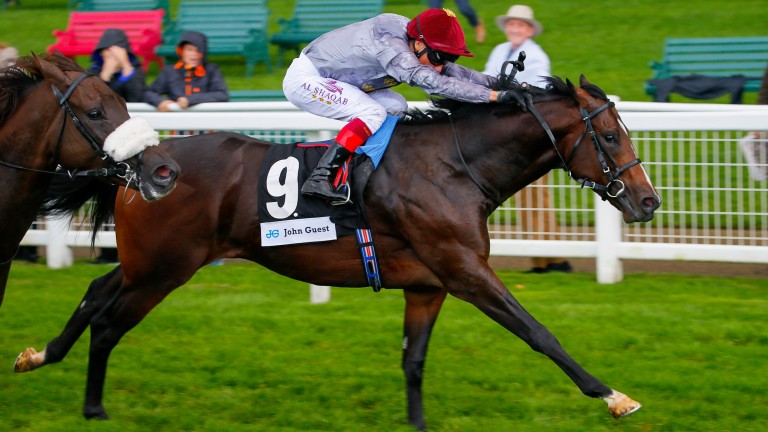 Keep an eye out for Lady Annalee at Wetherby on Sunday - the three-year-old High Chaparral filly, who lines up in the 1m2f fillies' novice stakes, is a half-sister to dual Group 1 winner and first-crop sire Shalaa.

In today's issue: Group 1-winning sprinter Impending reminded breeders of his immense talent on Saturday ahead of a looming stud career after displaying an impressive turn of foot to overcome trouble and take out the Group 2 Victory Stakes over 1200m at Doomben in his final racing campaign.

"Ballymoy sent Flemensfirth into an early lead on Saturday, bringing in £61,900 for his win in the opening Class 2 handicap hurdle at Sandown"

Dual world champion Frankel is doubly represented in the first Group 1 in Europe this year, with Champions Stakes scorer Cracksman and Group 2 winner Finche both set to line up

FIRST PUBLISHED 8:00AM, APR 29 2018
Group 1-winning sprinter Impending reminded breeders of his immense talent on Saturday ahead of a looming stud career