The Andre Fabre-trained Cherie Amour was a €250,000 yearling 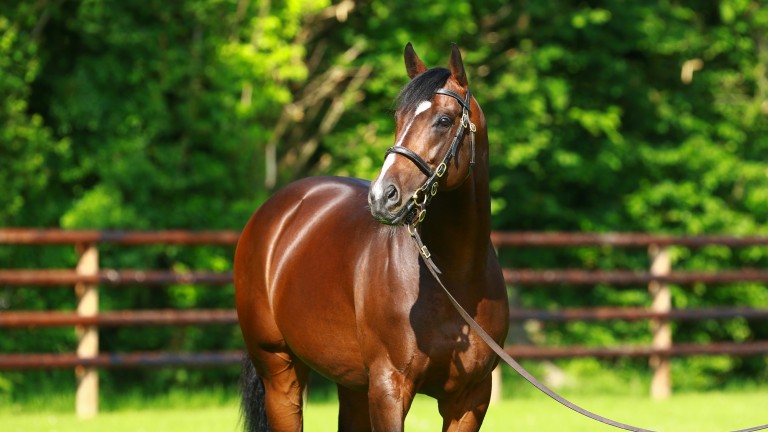 First-season sire Shalaa landed his first winner on Thursday when Andre Fabre’s Cherie Amour built on her debut effort to win the Prix des Colonnes Morris over 1,400 metres at Clairefontaine.

Bred by a partnership including Ecurie Des Monceaux and Ecurie Loick Fouchet, Cherie Amour is out of Angel Falls, making her a close relation to the Prix Jean-Luc Lagardere winner and Irish National Stud stallion National Defense.

The filly was a €250,000 purchase at last year’s Arqana Deauville August Yearling Sale and was bought by Charlie Gordon-Watson on behalf of Lady Bamford. She is a half-sister to two other stakes performers, Nordic Defense and Cascading, and hails from the family of the Irish 1,000 Guineas-placed Anna Salai.

At two, Shalaa achieved an official rating of 120 when in the care of John Gosden for owners Al Shaqab Racing, crowning him the best British-trained juvenile of 2015.

After winning his maiden in May, Shalaa was upped straight into Group 2 company, winning the July Stakes authoritatively. He progressed to run away with the Group 2 Richmond Stakes before winning the Group 1 Prix Morny, in which he beat Gutaifan.

Shalaa rounded off his juvenile season by making all in the Middle Park Stakes to beat Buratino. Known for his explosive speed, John Gosden was quoted after the Middle Park as saying: “he’s very, very fast - the fastest two-year-old I’ve trained.”

Retired to Haras de Bouquetot after a light three-year-old campaign, Shalaa received a full book of mares in his first season and has 118 juveniles to race for him this year.

In his first two seasons at stud, he covered a star-studded list of 17 Group 1-performing mares, including the legendary Treve, who foaled a filly. Given the prestigious name of Paris, she is in training with Andre Fabre for Al Shaqab.

Shalaa's yearlings made up to €600,000, with 31 lots selling for a six-figure sum. He posted an impressive average of nearly £105,000 from an opening fee of €27,500. Shalaa also shuttles to Arrowfield Stud in Australia for the Southern Hemisphere breeding season.

Shalaa is inbred 3x3 to Danzig and out of the stakes-placed Ghurra, a daughter of War Chant and three-parts sister to Middle Park Stakes winner Hayil. He is by proven sire of sires Invincible Spirit, whose successful sons at stud include Kingman and I Am Invincible. Shalaa was Invincible Spirit’s best ever two-year-old on ratings.

John Gosden’s Saeiqa also reached the placings for Shalaa on Thursday at Newmarket, finishing third in what could prove to be a strong maiden on debut. He finished third to Godolphin’s Creative Force, a Dubawi half-brother to Queen Elizabeth II Stakes winner Persuasive, and looks likely to improve.

Shalaa’s overall profile leaves him well equipped to become a successful sire. He retired the most expensive European freshman sire to go to stud in 2017 and justified this by receiving such sustained strong support from breeders and buyers.