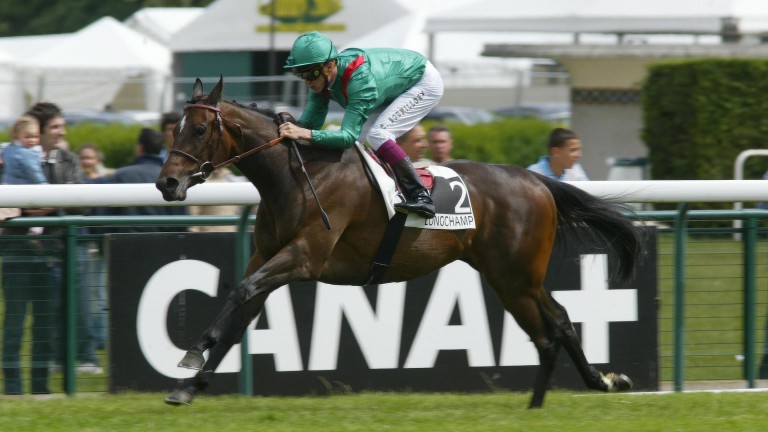 Aidan O'Brien and the Coolmore partners will unleash a Galileo colt out of a half-sister to two Group 1 winners in Vadawina and Vazira in the seven-furlong Irish Stallion Farms EBF Maiden (3.05) at Naas on Saturday.

Anchorage is the first foal out of the unraced Redoute's Choice mare Vanzara, whose half-sisters Vadawina and Vazira struck in the Prix Saint-Alary in 2005 and 2014 respectively for the Aga Khan and trainers Andre Fabre and Alain de Royer-Dupre.

Vadawina - a daughter of the high-class Northern Dancer colt Unfuwain who won at Group 2 level and finished second to Mtoto in the King George - won three of her four starts for Fabre, including the Saint-Alary and Group 3 Prix Cleomene.

Bred by M Lagardere, she has produced five black-type horses from six runners to have made the track, including the ill-fated Tyros Stakes winner and Racing Post Trophy third The Pentagon and Prix du Conseil de Paris scorer and Group 1 Gran Premio di Milano third Vadamar.

Vadawina's Sea The Stars half-sister, Vazira, won her first three starts for De Royer-Dupre, adding the Prix Vanteaux to her top-level success, and has produced a multiple winner in the Martyn Meade-trained Shamardal gelding Variyann.

The trio are also related to Vadapolina, a dual Group 3-winning daughter of Trempolino and the dam of two stakes performers, the Listed-winning Sagacity mare Vadsalina, and the Listed-placed Vayakhan.

The former is by the Grade 2-winning Kantharos and out of a Galileo half-sister to dual 1,000 Guineas winner Special Duty, while Obdurate is by Oasis Dream and from the family of top-level scorers Mutual Trust and All At Sea.