Eight-year-old is a multiple winner and Group 2-placed 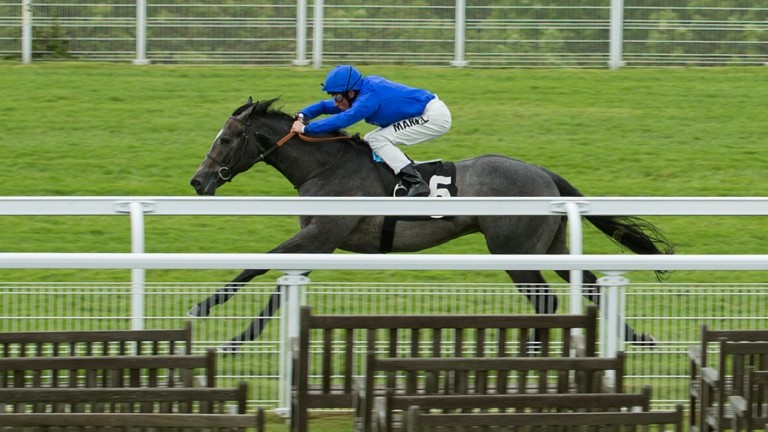 Portamento, a multiple winner and Group 2-placed sprinter by Shamardal, has joined the stallion roster at Andrew Spalding's Hedgeholme Stud in County Durham.

The covering fee for the well-bred eight-year-old is available on application to the stud.

Godolphin homebred Portamento was originally trained by Charlie Appleby and he broke his maiden at Goodwood on his second start at two, beating subsequent dual Group 2 scorer Estidhkaar by four lengths.

He went on to win three more races and to finish second in the Listed Doncaster Stakes that season.

Portamento won a competitive Chester handicap and took second behind Strath Burn in the Hackwood Stakes at three.

He later raced in the UAE for Ali Al Rayhi and his best effort for his new trainer was finishing third to the brilliant Blue Point in the Group 2 Meydan Sprint last year at the age of seven.

Portamento is out of Octave, a daughter of Unbridled's Song who was a dual Grade 1 winner in the Mother Goose Stakes and Coaching Club American Oaks and also runner-up in the Breeders' Cup Juvenile Fillies and Kentucky Oaks.

Octave is out of the Listed-winning Dr Carter mare Belle Nuit, who produced other stakes winners Belle Cherie, Be Mine Tonight and Unbridled Behavior.

FIRST PUBLISHED 2:28PM, APR 11 2020
Portamento is out of Octave, a daughter of Unbridled's Song who was a dual Grade 1 winner in the Mother Goose Stakes and Coaching Club American Oaks