Well-bred newcomers among runners in Britain and Ireland on Sunday 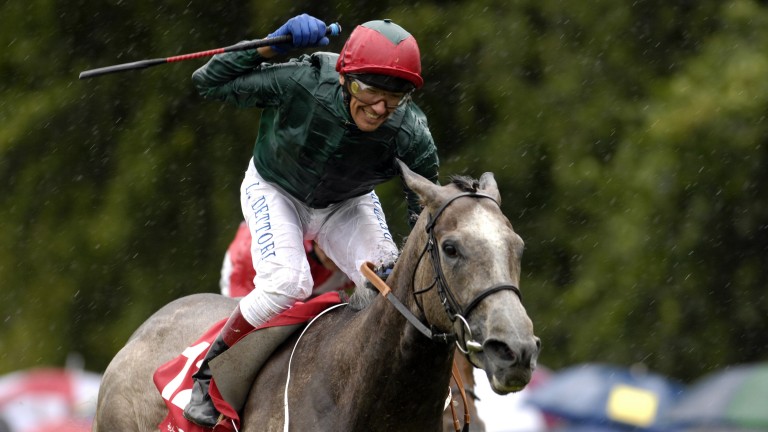 Great News, a Godolphin homebred son of the operation's much-missed Shamardal and out of the Falmouth Stakes-winning Nahoodh, will make his debut for Saeed Bin Suroor at Salisbury on Sunday.

The three-year-old is the ninth foal out of the daughter of Clodovil, who won the Lowther Stakes for Mick Channon and Jaber Abdullah before switching to Mark Johnston and Hamdan Al Maktoum the following year.

Only 19,000gns as a yearling when purchased by Gill Richardson from Ballybin Stud at the Tattersalls December Yearling Sale in 2005, Nahoodh enjoyed her finest hour when defeating the Cheveley Park pair of Infallible - the dam of 2019 Falmouth heroine Veracious - and Heaven Sent.

She also finished a close second in the Matron Stakes, defeating Irish 1,000 Guineas and Nassau Stakes winner Halfway To Heaven - the dam of Magical and Rhododendron no less - into third.

Nahoodh, who was bred by Petra Bloodstock Agency, has produced three winners to date, including the Listed-winning Shamardal gelding Hawkesbury, who was also second to Belardo in the Washington Singer Stakes.

Bin Suroor will also saddle Wild Rhythm, a Dubawi colt out of a Brazilian Group 2 winner in Mandinga, in the second division at 3.30pm. 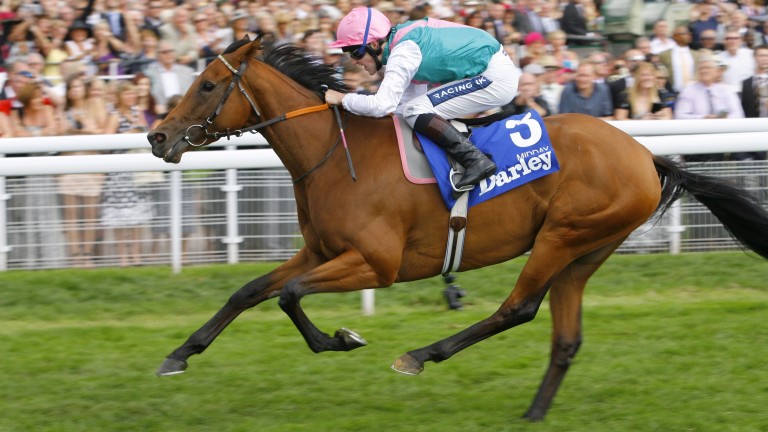 Midday: the dam of the promising Noon Star, who returns at Wetherby on Sunday
MARK CRANHAM

Wetherby's opening mile and a quarter contest for fillies (2.10) sees the return of Noon Star, a Juddmonte-bred daughter of Galileo and the brilliant Midday. An easy winner of her second start at Nottingham last October, the three-year-old holds an entry for the Cazoo Oaks and is a full-sister to Group 3 scorer Midterm and a close relation to the stakes-winning Ribblesdale runner-up Mori.

Among the interesting newcomers in the first contest at Navan - the Irish Stallion Farms EBF Maiden for two-year-olds (1.50) - is Jupiter Express.

The son of Kodiac, who was bred by Gerry Flannery Developments, was a €140,000 purchase as a foal from Goffs and is related to four stakes performers including Stockholm Cup scorer Dorcia and Navel Orange, third in the Prix Greffulhe.

Ribchester opens his account at stud as 350,000gns filly strikes at Keeneland

The remarkable story of the bloodstock student who became royal photographer (£)

FIRST PUBLISHED 11:19AM, APR 24 2021
Bin Suroor will also saddle Wild Rhythm, a Dubawi colt out of a Brazilian Group 2 winner in Mandinga, in the second division