Bloodstock Latest CAUSE FOR CHEER 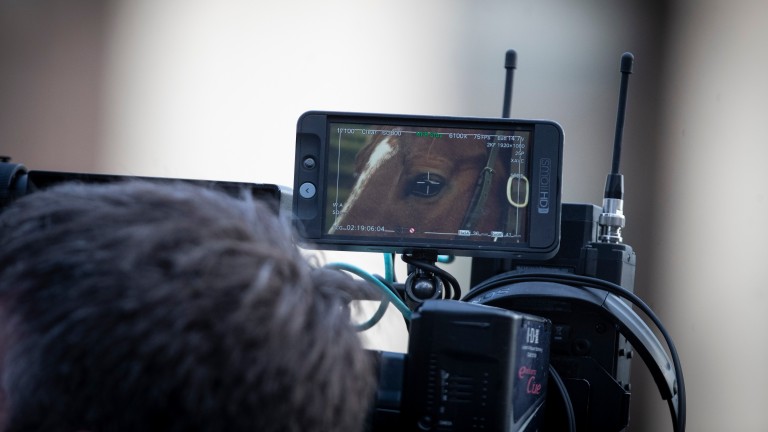 Cameras at the ready as equine superstars go on show on the Irish Stallion Trail
Patrick McCann
1 of 1
UPDATED 4:52PM, JAN 12 2020

With one foot in the working week and the other in the weekend, the ITM Irish Stallion Trail is a game of two halves.

The Friday of the event, when studs up and down Ireland throw open their doors, naturally attracts more visitors from within the industry, while the Saturday allows fans to catch a glimpse of their equine heroes in retirement from racing.

That means there is a palpable change in atmosphere for those of us lucky to have spent both days on the trail: lots of quiet concentration on the Friday as breeders scrutinise the conformation of horses they may use, and a more relaxed feel on the Saturday as bigger crowds jostle for position to take pictures and videos of the equine talent on show with their smartphones.

My own itinerary on Friday took in Coolmore's auxiliary stallion bases in Cork and Waterford – Castlehyde, Grange and The Beeches.

Kingston Hill, focused on jumps duty nowadays, took the eye at Castlehyde, where he stands alongside his sire Mastercraftsman. Looking at the increasingly white multiple Group 1 winner in the flesh, and glancing down at his achievements in the brochure – Alpha Centauri, The Grey Gatsby and so on – confirmed my hunch he might just be one of the best value stallions in Europe at €25,000.

Getaway, a fine stamp of a horse and a good bet to become champion jumps sire in the next few years, was one of the stars of the show at Grange Stud, while at The Beeches I paid homage to the 28-year-old reigning champ Flemensfirth and saw the future of elite National Hunt breeding, Crystal Ocean. Quite why any jumps breeder would turn their nose up at the chance to use a potential world champion son of Sea The Stars, one who many justifiably think should be attempting to sire Classic winners on the Flat, escapes me.

To Coolagown Stud on Saturday; a must for the Irish Stallion Trail connoisseur, as much for the wit and wisdom of owner David Stack as the horses on parade. For all the fun to be had on the Fermoy farm, though, it houses some stallions of serious potential including Shantaram, a strapping son of Galileo who has one winner and another place-getter from his first three runners under rules, and Zambezi Sun, a Group 1-winning son of Dansili who has made a good start with his early French-bred progeny.

On to Con O'Keeffe's Kilbarry Lodge Stud in County Waterford, home of the popular Diamond Boy, the well-bred Pillar Coral and new boys Joshua Tree and Success Days. Joshua Tree wowed with his stunning looks and extravagant walk, while Success Days also took the eye and is bound to be popular being a rare son at stud of sire of the moment Jeremy.

Then up to Burgage Stud in County Carlow, where the erudite Victor Connolly presented Jukebox Jury, a gorgeous grey son of Montjeu who will seek to continue his connections' outstanding run of success with the likes of Bob Back, King's Theatre and Shantou.

St Leger winner Shantou, just turned 27 and retaining some of the character that earned him a Timeform squiggle, deigned to walk up to the gate of his fortress of solitude, a paddock adjacent to the stallion boxes. A small horse who could have been cribbed on conformation, he serves as a salutary reminder that it is not always a case of black cats, black kittens as he has consistently sired good looking stock who sell well and has assembled a roll of honour that includes Grade 1 winners Airlie Beach, Briar Hill, Death Duty, Morning Assembly and The Storyteller.

Smaller studs such as those visited on Saturday are well worth seeking out, as they give the chance to gain valuable insights from the proprietors in more one-on-one chats.

All the stallion masters deserve plenty of credit for taking as much time to welcome the tourists to our industry as those who will be bringing money into their establishments in the shorter term. They surely understand that the tourists might just be the mare owners of tomorrow.

Then there are the children who take advantage of school being out on Saturday to attend. They may not have saved enough pocket money to buy a broodmare yet, but might they be enchanted by what they see and decide to one day work on a stud, thus helping to ease the staffing crisis from which the industry suffers so badly?

If nothing else, curious locals who come out to see what goes on behind the high hedges in their village could gain a greater understanding of a sector which is so important to Ireland's economy and be more supportive of it in future.

Without ventures like the ITM Irish Stallion Trail, allowing the public as well as professionals into studs, we really would be only preaching to the converted.

Dartmouth, Flag Of Honour and Jack Hobbs among stallions on show at TBA event

FIRST PUBLISHED 4:46PM, JAN 12 2020
Smaller studs are well worth seeking out, as they give the chance to gain valuable insights from the proprietors in more one-on-one chats