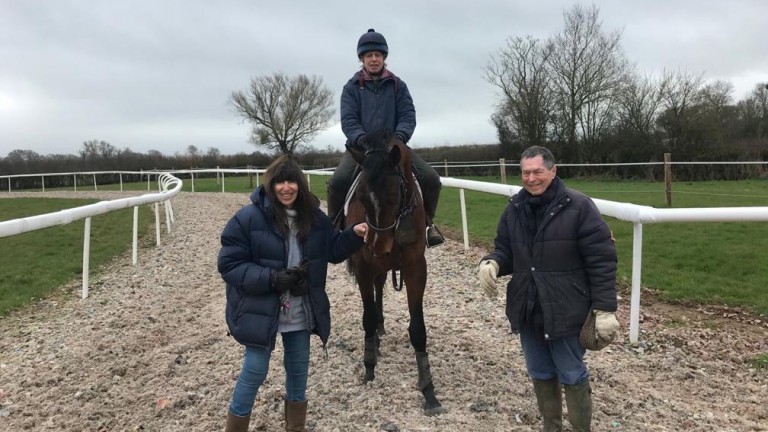 Hollie Doyle's emphatic five-timer on Wednesday night was not the only notable feat at Kempton, with one of the quintet, Della Mare, providing owner-breeders Dr Lesley-Anne and Geoffrey Golbey with their first ever winner - a very long-awaited one at that.

Having got into racehorse ownership and breeding 25 years ago, Della Mare's neck success in a six-furlong classified stakes was the couple's deserved maiden win after several frustrating near-misses.

Geoffrey Golbey said: "My wife's evented and we thought we'd just buy a broodmare and breed a horse to win a race. That was in 1996!

"We've bred horses who have finished second and one of them we bred from, her daughter was placed and then her daughter's daughter was also placed. We've waited all this time and didn't give up."

He continued: "Della Mare is the great granddaughter of our original broodmare Fine Fettle acquired in 1996, and we have bred and raced the entire dam line.

"It's really all about the achievement of breeding and winning with a horse you bred. Anyone can buy a horse - and they do - but with breeding, it's yours, you've created it and made all the decisions. It's doing it all yourself and the satisfaction that you brought that horse into this world. 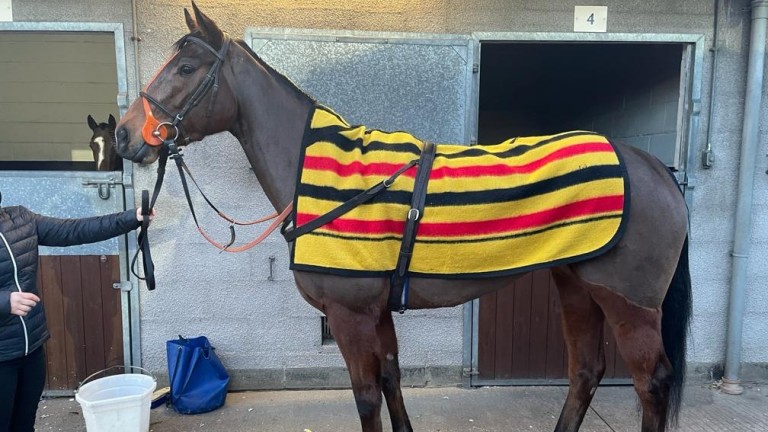 "You choose the stallion and try your best. There's a lot that goes wrong along the way - the full-brother to Della Mare died on the gallops, which was sad as he had huge potential - so it's wonderful to have ups too."

The couple, who currently have two horses either in training or about to enter training, are excited to see what else the five-year-old, a daughter of the late Delegator out of Golbelini, can achieve.

Golbey added: "We've just got her and a Paco Boy who will go into training in the next couple of weeks.

"We may breed from Della Mare, she's a winning mare and can carry on the dynasty, but for the moment she'll continue. She's still got potential to improve."

The Golbeys also try to find their horses a second career post-racing, with Della Mare's dam winning dressage and showing competitions, including finishing reserve champion in the show hunter class at Three Counties.

Della Mare is with Worcestershire-based Tony Carroll, and was the first winner in a treble for the trainer at Kempton on what was quite a night all round.

FIRST PUBLISHED 4:04PM, MAR 4 2021
You choose the stallion and try your best. There's a lot that goes wrong along the way so it's wonderful to have ups too

Gun Runner filly points the way as trade rises at OBS Mixed Winter Sale 'She ticked all the boxes' - £56,000 No Risk At All filly foal tops January Sale 'We've had calls from breeders finding it difficult' - ITBA start webinar series Shade Oak Stud's Logician making heads turn at Goffs UK Winter Million bumper star Our Jester and his fittingly unconventional pedigree On the roads of Normandy: Five nuggets from my weekend on the Route des Etalons