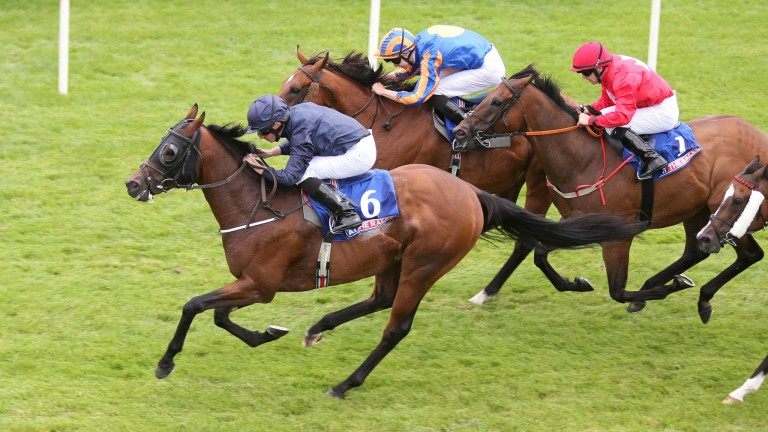 Bearstone Stud have announced 2019 fees for their two stallions, with recent recruit Washington DC introduced to the roster at £6,000.

The son of Zoffany will stand his first season at the Shropshire-based stud alongside Fountain Of Youth, whose fee is set to remain at £4,500.

Washington DC, one of three first-crop Royal Ascot winners for his sire in 2015, retired earlier this season as the winner of five stakes races, while the Aidan O’Brien-trained five-year-old also registered three placings at Group 1 level during a stellar career on the track.

Terry Holdcroft, owner of Bearstone Stud, said: “He is a tough and very classy horse with a devastating turn-of-foot and was always competitive at the highest level in three countries.

“There is a tremendous amount of speed on both sides of his pedigree and the feedback we’ve already received from breeders strengthens our belief that he is just the kind of stallion the market wants.”

“We’ve pitched his opening fee at a very competitive price and will be making available a small number of breeding rights.”

Meanwhile Fountain Of Youth, the Group winning son of Oasis Dream out of dual-Guineas heroine Attraction, will see his first runners hit the track next year.

“We’ve been very encouraged by the reception given to his first yearlings which fetched up to £50,000 at the sales,” Holdcroft added.

“Many of them will be joining some of the best trainers of sprinters in the country and he’s got every chance of being among the early winners next season.”

FIRST PUBLISHED 4:29PM, NOV 9 2018
He is a tough and very classy horse with a devastating turn-of-foot and was always competitive at the highest level