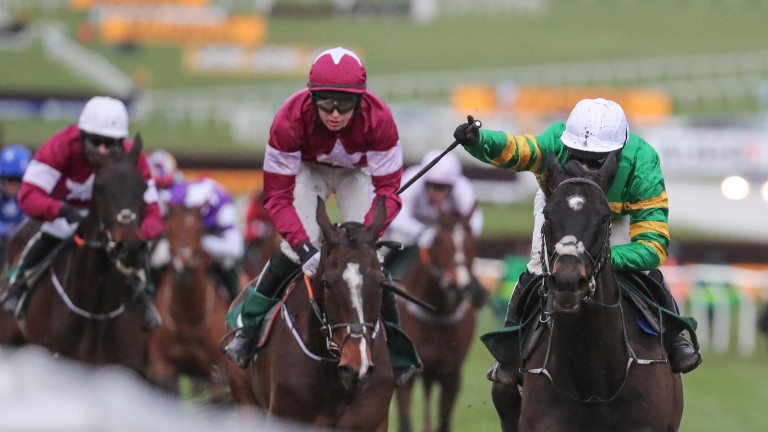 Last week’s Cheltenham Festival was a regrettably blank one for the British breeding industry but there was a small enclave in South Wales which was still celebrating.

Perhaps first and foremost in the minds of Derek and Jean Clee was Saturday’s Grand Slam victory for their national rugby team, the former having attended the match at the Principality Stadium and the latter watching avidly on television.

A day earlier at Cheltenham, the couple had bred their first Cheltenham winner in Early Doors, who carries the French suffix as his birthplace yet has a more than significant Welsh connection.

Consigned by Haras du Petit Tellier, Early Doors had first been bought at Arqana for just €6,000 as a yearling by Five Star Bloodstock Transport and changed hands again at Goffs a couple of years later for six times that sum. The purchaser, Joseph O’Brien, saddled him for third in the 2018 Martin Pipe Conditional Jockeys' Handicap Hurdle before he came good in the same race 12 months later. Sired by Soldier Of Fortune, his Desert Prince dam Ymlaen’s name translates as the rallying call of 'forward'.

"Ymlaen produced him, he went to the sales in France because she was based in France then, and at the sales the Irish bought him, moved him to Ireland and he’s raced there ever since," Derek Clee said.

"We bought Ymlaen as a racehorse and we raced her with the late Bryn Palling. She won a race at Windsor but has mostly had horses on the Flat. The best horse she had produced had been Landym, who got some black type in France. But the Irish clearly saw something in her and she’s done quite well. She’s 19 now and is due in early April to The Grey Gatsby. "

Although the Clees have bred under the banner of Trehedyn Stud, their most notable graduate being Fillies’ Mile and Falmouth Stakes winner Simply Perfect out of Hotelgenie Dot Com, their broodmares are either based in France or consigned through Catridge Farm Stud.

"The French breeding is done with a lady called Debbie Hooper," he explained. "She and her husband were farmers in Wales, she loved horses and used to ride out for Bryn Palling when she was younger, and she decided to move there.

"It's very useful for me, I’m useless at languages but she speaks English so it’s nice and simple. We’ve now got 14 mares in France, which is now more than we’ve got in Britain. The reason is very simple; the French don’t have the bookmakers and there’s a lot more money in the racing."

The couple’s patriotic red, green and white silks have been seen on a few decent horses over the years in Britain, often with locally-based Glamorgan trainer Palling but latterly with Richard Hannon and Mick Channon. They have also included the likes of Listed winner Corinium, who finished sixth behind her Sir Henry Cecil-trained stablemate Love Divine in the 2000 Oaks. 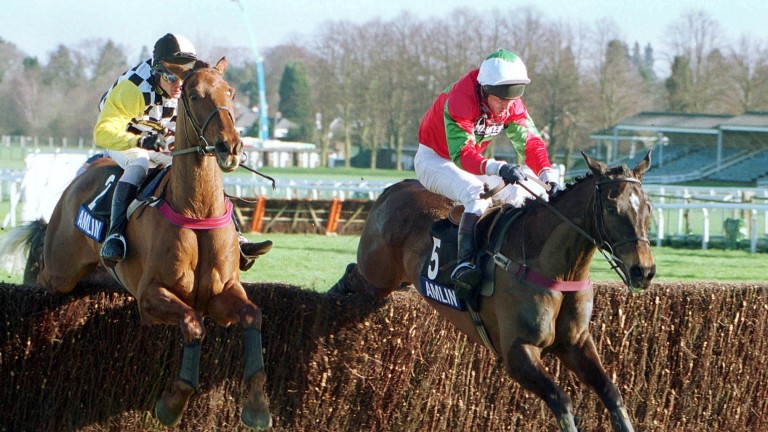 Smart chaser Jimmy Tennis (right) carries the Clee silks at Ascot in 2002
Gerry Cranham
"We’ve been much more in Flat than jumps, we have had a couple of runners at Cheltenham but not a winner," Jean Clee added.

"Venetia Williams was our trainer over jumps and Jimmy Tennis, who won the Reynoldstown Chase in 2002, was one of our best, but we don’t have any jumpers now."

Derek still retains an active position as director of a company which manufactures tumble driers and hostess trolleys. "I’m 76 and I’m still blinking working, I think it’s time I retired," he chuckled.

"I’m certainly involved in the breeding but I do take advice as well. I’ve done different things; some years I put them all in the sales, other years I buy them all back, and sometimes it’s somewhere in between. It’s because we like racing as well as the breeding."