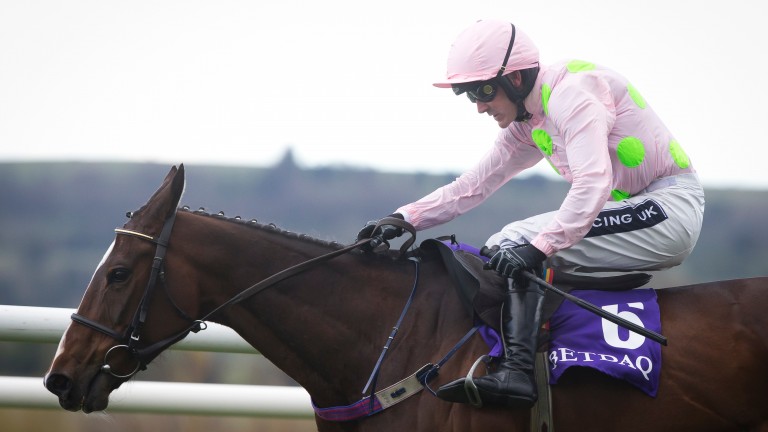 Vroum Vroum Mag landed the Christmas Hurdle at odds-on at Leopardstown on Wednesday to give her in-form sire Voix Du Nord an impressive Grade 1 double from AQPS-bred runners in the space of 24 hours.

The three-year-old gelding, who was bred by Catherine Boudot, is out of the Lavirco mare Quarvine Du Seuil, is a half-sister to the French Flat winners Tulipe Du Seuil and Orore Tennise.

Across the water 24 hours later, Vroum Vroum Mag landed her third Grade 1 having won the Mares' Hurdle at Cheltenham and the Punchestown Champion Hurdle last season.

The seven-year-old mare was bred by Comte Antoine Audoin Maggiar out of Naiade Mag, a half-sister to Grand National runner-up Saint Are.

Voix Du Nord, who won the Prix Lupin at three, stood at Haras d'Aurillac and later for a season at Haras National de Cercy La Tour but died as a 12-year-old.

His progeny, though, have been impressing on course recently with Miss De Champdoux winning a Grade 3 Chase at Enghien in November, and recent Paul Nicholls acquisition and chase winner in France Viky Du Reponet.

Voix Du Nord had another notable double recently when both Defi Du Seuil and Taquin Du Seuil won at the Open meeting at Cheltenham in November.

FIRST PUBLISHED 5:32PM, DEC 28 2016
Voix Du Nord had another notable double recently when both Defi Du Seuil and Taquin Du Seuil won at the Open meeting at Cheltenham in November