Simon Marsh updates us on the well-travelled Too Darn Hot 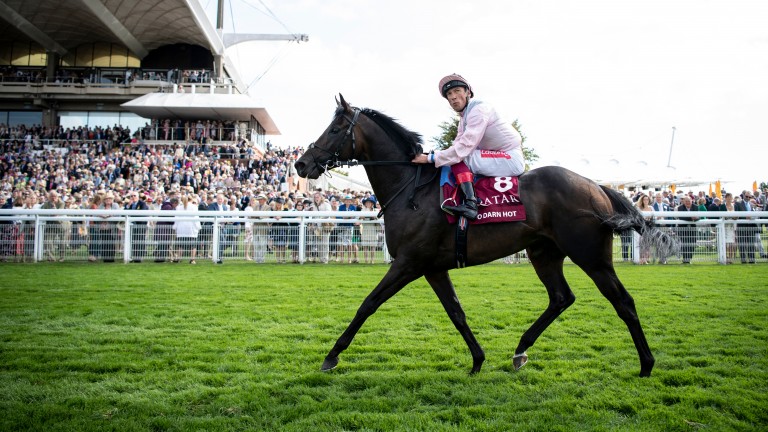 Too Darn Hot has not rested upon his laurels since his retirement from the track last year.

The brilliant and unbeaten European champion juvenile of 2018 returned to the top level at three in the Prix Jean Prat and signed off his career by landing the Sussex Stakes at Glorious Goodwood.

He is now standing under the Darley banner and has completed his first season at Dalham Hall in Newmarket before heading to Kelvinside in Australia.

Simon Marsh, adviser to the four-year-old's owners Lord and Lady Lloyd-Webber, tells as about Too Darn Hot's progress and the reception he has received from the sport's top breeders.

FIRST PUBLISHED 3:08PM, OCT 11 2020
The brilliant and unbeaten European champion juvenile of 2018 returned to the top level at three in the Prix Jean Prat