Veteran stallion who excelled as damsire dies at 34

Son of Alydar was pensioned in California 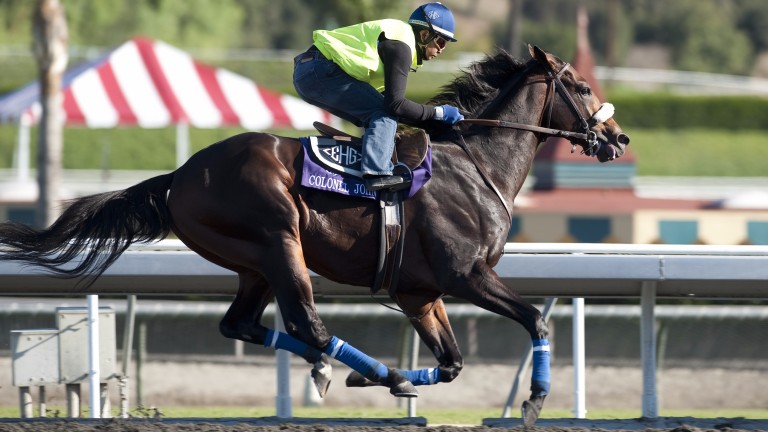 Turkoman, a champion on the track and influential at stud, succumbed to hind end issues in retirement at EA Ranches in California on Wednesday at the grand old age of 34.

The son of Alydar was trained by Gary Jones for Saron Stable and at three finished second in the Swaps and Travers Stakes and placed third in the Breeders' Cup Classic.

In his second attempt at the Breeders' Cup Classic he came with his customary late run but could not reel in outsider Skywalker.

He was retired having won eight of his 22 starts and more than $2 million in prize-money.

Initially retired to Darby Dan Farm in Kentucky he later moved to California at Circle H Ranch and Mira Loma Thoroghbreds before he moved to EA Ranches in 2005. He was pensioned from stallion duty in 2008.

But his most important legacy has been his broodmare daughters, who have produced horse of the year Point Given and Grade 1 winners Colonel John and Hard Spun.

FIRST PUBLISHED 12:26AM, DEC 23 2016
In his second attempt at the Breeders' Cup Classic he came with his customary late run but could not reel in outsider Skywalker