Group 1 winner is a son of Melbourne Cup maestro Monsun 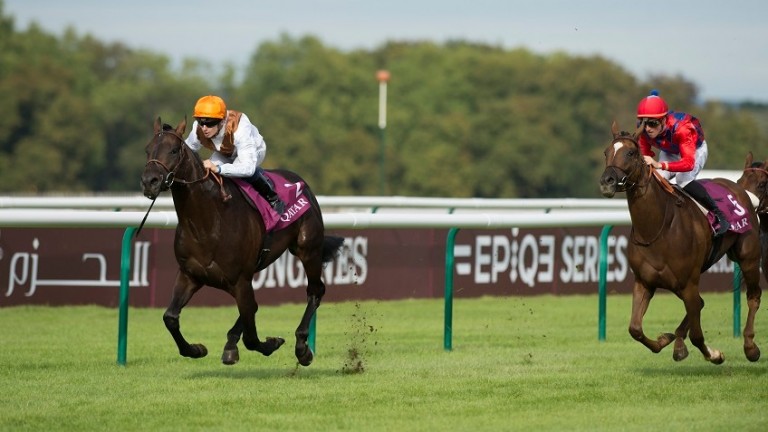 Recently retired Vadamos will shuttle to Rich Hill Stud in New Zealand from next year.

He will travel from Tally-Ho Stud in County Westmeath for the southern hemisphere breeding season.

Vadamos is the 22nd top-level winner for his sire Monsun, whose success in the southern hemisphere includes siring three of the last four Melbourne Cup winners - Fiorente, Protectionist and Almandin.

Rich Hill Stud's John Thompson said: "Vadamos is a magnificent individual with a race record to match. He's arguably the fastest and best bred son of Monsun to go to stud and we're delighted to have secured him for Australasian breeders."

Vadamos was bred by Haras de Saint-Pair out of Celebre Vadala, a Peintre Celebre half-sister to Valixir, winner of both the Prix d'Ispahan and the Queen Anne Stakes at York.

Vadamos raced from two to five, and his first stakes success came in a Listed race over a mile and a half at Vichy. Switched to Andre Fabre, he began his four-year-old career by winning a conditions race at Chantilly and following up with a Group 2 success at Baden-Baden.

In what was to be his last season of racing, he won the Group 2 Prix du Muguet seeing off Ervedya by three and a half lengths.

A Shin Hakiri proved too good for him in the Prix d'Ispahan, but he was soon back to winning ways in the Group 3 Prix Messidor at Maisons-Laffitte.

He was a half-a-length second to Ribchester in the Prix Jacques le Marois at Deauville, before winning the Prix du Moulin at Chantilly over a mile.

Vadamos raced across five countries, finishing fourth in the Cox Plate and also in the Emirates Stakes on Melbourne Cup weekend.