International ON THE MOVE

US stallions Corinthian and Paddy O'Prado relocate to Turkey 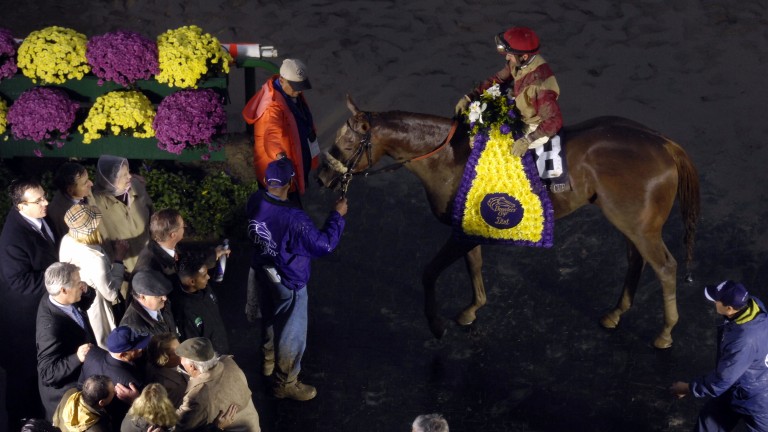 Turkish breeders are set to receive a boost next season as it was announced that Grade 1 winners Corinthian and Paddy O’Prado are set to join the country's stallion ranks. The pair will join dual Grade 1 winning two-year-old Toccet at Evicmen Harasi.

"Corinthian will be the first son of Pulpit to stand in Turkey," said Sean Nix of M2 Transport who brokered the deal with Murat Sancal. "Turkey has a great breeding program, and he will be well supported."

Corinthian retired to Gainesway Farm in 2008 having won the Grade 1 Metropolitan Handicap and the inaugural Breeders’ Cup Dirt Mile. However he is yet to show he is able to pass on his ability to his progeny with none of his sons or daughters winning above Listed level.

This will be his second career move since retiring from racing. In 2014 he left Gainesway Farm for his current home of Pin Oak Lane Farm in Pennsylvania.

Also making the transatlantic trip is Spendthrift Farm’s Paddy O’Prado, a son of the increasingly influential El Prado. The Grade 1 Secretariat Stakes winner and Kentucky Derby third stood the 2017 breeding season at a fee of $3,500. A brother to Champion Filly Untapable, he is the sire of a trio of stakes winners from three crops of racing age.

Paddy O’Prado is the third Spendthrift stallion to be exiled this year following the news that Tizway and Archarcharch are set to continue their careers in South Korea. Spendthrift have reserved the right to buy back all three stallions at a nominal fee once their covering days are over.

FIRST PUBLISHED 1:37PM, JUL 6 2017
Spendthrift Farm have also exiled Tizway and Archarcharch this year. The pair will continue their careers in South Korea.