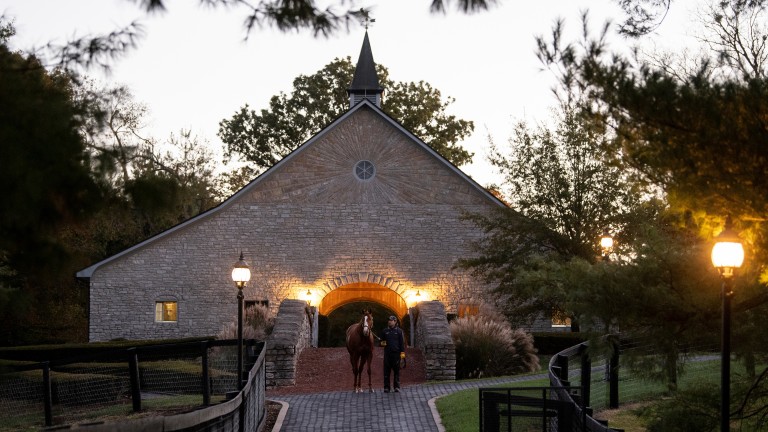 Ashford Stud: one of three Kentucky-based farms to challenge the US Jockey Club's stallion cap ruling
Edward Whitaker
1 of 1
By BloodHorse Staff 11:56AM, MAY 21 2021

In a follow-up to its request that a federal court dismiss a lawsuit brought by three prominent Kentucky-based studs seeking to prevent implementation of the 'stallion cap' rule, attorneys for the Jockey Club have provided added detail to that request.

Last spring the Jockey Club announced a new rule that would limit the mares a stallion could cover to 140, beginning with stallions foaled in 2020. The Jockey Club announced its new Rule 14C amendment of the American Stud Book rules and requirements on May 7, 2020 to address "a declining and concerning degree of diversity within the thoroughbred gene pool".

In February this year Spendthrift Farm, Ashford Stud and Three Chimneys Farm filed the lawsuit in the United States District Court for the Eastern District of Kentucky Central Division at Lexington, calling the stallion cap a "blatant abuse of power" by the Jockey Club.

The suit argues the rule change is "arbitrary" and "anti-competitive" and will reduce access or drive up prices for many owners of mares looking to access to top stallions.

According to plaintiffs, the rule also risks driving the best stallions overseas as no other country with a thoroughbred stud book imposes a cap. The Jockey Club in late March asked that the lawsuit be dismissed.

It provided further detail in a filing on Wednesday, arguing that plaintiffs fail to establish subject matter jurisdiction, their non-delegation claim fails, the other constitutional claims fail, their antitrust claims fail, and the claims for declaratory and injunctive relief fail.

In introducing its latest arguments, The Jockey Club says the farms have no legal standing.

"What the complaint really sets forth is plaintiffs' policy disagreement with the 'stallion cap' in Rule 14C — a rule that is entirely consistent with TJC's mission of protecting and improving the thoroughbred breed — and plaintiffs' vague concern that they may have to adapt their business models in some unspecified manner going forward for the good of the breed," the filing reads.

"Simply because plaintiffs do not like Rule 14C does not mean it is an unlawful delegation, violates the antitrust laws, or that its enforcement violates any constitutional right.

"Plaintiffs lack any authority for the extraordinary proposition that their displeasure with Rule 14C requires this court to force TJC, a private entity, to register plaintiffs' horses in its breed registry in violation of its own rules. Plaintiffs' complaint must therefore be dismissed."

Note: BloodHorse is a publication of The Jockey Club Information Systems and TOBA Media Properties

FIRST PUBLISHED 11:56AM, MAY 21 2021
Simply because plaintiffs do not like Rule 14C does not mean it is an unlawful delegation