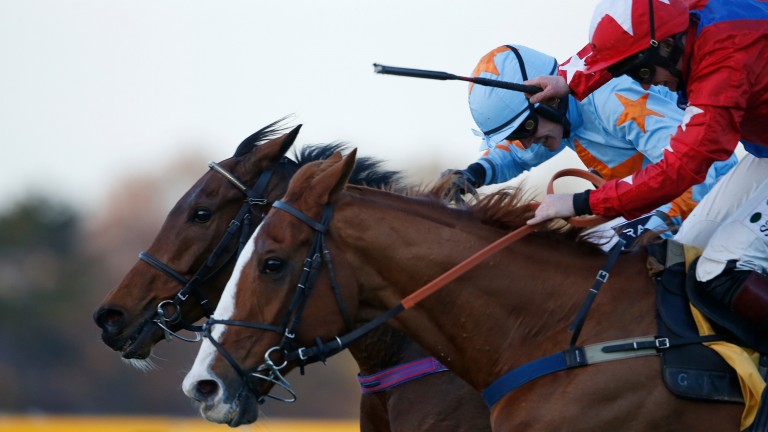 Un De Sceaux used every last ounce of his reserves to grind out victory in an enthralling finish to the Grade 1 Tingle Creek Chase at Sandown on Saturday.

Leading from the start with Ar Mad, it was as the race entered its final stages that Sire De Grugy and Un De Sceaux began a battle up the home straight.

Eventually it was the Willie Mullins-trained eight-year-old who came out on top to win the race by one length.

Bred by Haras de la Rousseliere, Un De Sceaux is the fourth foal out of the unplaced April Night mare Hotesse De Sceaux and is a half-brother to the French winner Olympe De Sceaux.

Un De Sceaux is the leading jumps performer for his late sire Denham Red, a son of Pampabird who began his career on the Flat for Yves De Nicolay before transferring to the care of Jehan Bertran de Balanda.

Denham Red won three races over jumps in France and was second in the Prix Alain Du Breil.

Other leading jumpers by him include Ouzbeck, the winner of six races over fences, Dan Skelton's Grade 2-placed chaser Virgilio, and the Grade 3-winning hurdler Ultraji.