Twin thoroughbreds to part ways after three years together

Pair are by Craigsteel out of Kerry's Kingdom 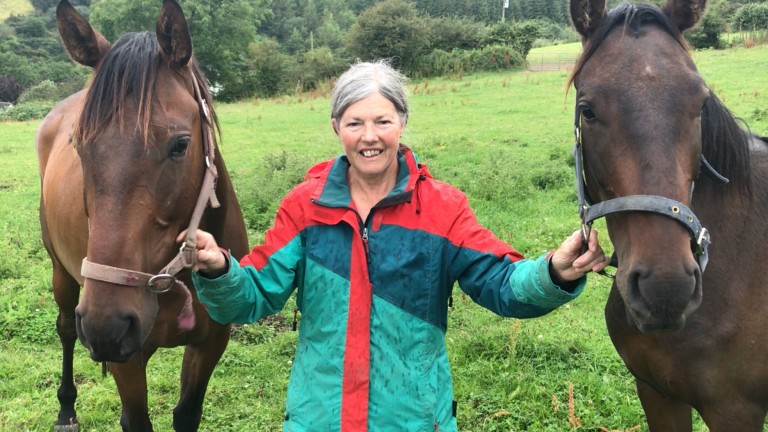 An incredibly rare set of twin thoroughbreds who have been almost inseparable since birth are being busily prepared for their future careers.

Foaled on April 7, 2016, the twins are both by the late Craigsteel - sire of talented hurdler Wholestone - and out of Kerry's Kingdom, with the smaller of the two named Craig's Kingdom and his larger sibling Kerry Steel.

Such is the paucity of twin thoroughbreds that the duo are the only living pair registered in Britain and Ireland in 2016.

Grania Barrett bred them at her farm near Kilbrittain in County Cork which overlooks Courtmacsherry Bay, and her daughter Roisin Shanahan recalls how Kerry's Kingdom defied the odds to produce a pair of healthy, living foals.

"Our vet did spot twins," she says, "but they were too close together so he couldn't squeeze them. He came back a week later and could find only one, so we assumed she had only one foal.

"The mare was huge. She went two weeks over, was as big as a house and could barely waddle, and when she started foaling, I could feel two heads and knew we might have twins. I pushed one back and got the smaller twin out first, and that left enough room for the other to be foaled.

"We gave Kerry's Kingdom the year off after that as it wouldn't have been right to put her back in foal. She's got a Curtain Time colt foal at foot and is back in foal to Pillar Coral. It's all boys that she's had."

Shanahan also notes: "There would be sibling rivalry but that's just a coltish thing anyway. They'd be trying to bite the legs off each other, rearing and whatnot. They're typical boys but with completely different personalities.

"The smaller twin is probably the hardier of the two - he's a real fighter. They both had colic as foals a week apart. I don't know whether that's a twin thing or what. The smaller twin had it one Sunday, and then the bigger fella had it the following weekend."

Shanahan and her mother regularly take young thoroughbreds they have bred and reared to local shows and says that they have reaped the benefits from those days out.

"We find the shows are a good education for thoroughbreds - travelling in the box, going to shows, seeing other animals around them," says Shanahan.

"We find it's a good help for them and nothing fazes them afterwards. They're well handled and able to show, so there's a lot of pre-work already done when preparing them for the sales. The bigger twin has been lunging with the roller on so he's used to a lot of things.

"They've both won prizes - the only problem was that they both had to compete against each other. The bigger fella won every class bar one that he was entered in last year. We took him to another show this year but unfortunately there aren't as many opportunities to show three-year-olds." 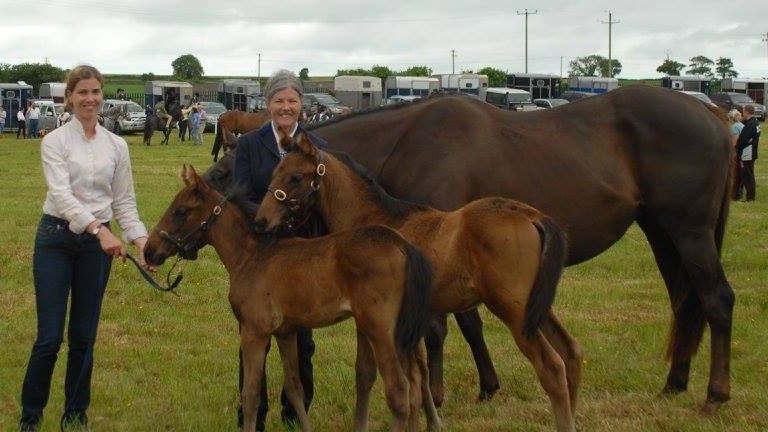 The twins are bred for the jumping game, with Kerry's Kingdom a Persian Brave mare whose own dam Rudai Deasa was a winning half-sister to the black-type jumpers Kerrys Cottage and Knights Of Kerry.

Much of the family were raced by the Island Bridge Racing Club, a small Kerry-based syndicate whose members included the late, great photographer Liam Healy and Barrett, who looked after the broodmares and youngstock belonging to the syndicate.

Kerrys Cottage, who once won two point-to-points the same week, is the dam of four-time winner Always On The Run and has a Diamond Boy filly at foot.

Knights Of Kerry also finished a creditable eighth to Davids Lad in the 2001 Irish Grand National, though sadly suffered a fatal fall when contesting the La Touche Cup at Punchestown in 2002. 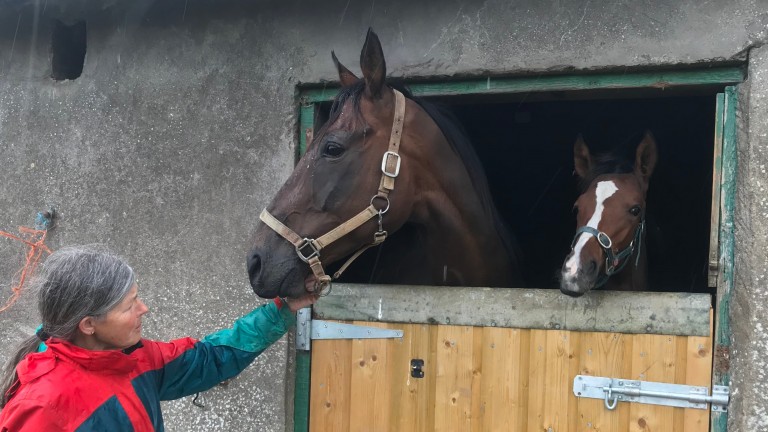 As for the foals, after three years of sharing the same paddock, the time has come for them to embark on their future careers, though their breeder has different paths in mind for each of them.

Kerry Steel is destined for the Tattersalls Ireland August Sale this month as lot 758, while the diminutive Craig's Kingdom has a number of options after demonstrating his agility over obstacles as well as on the level.

"The smaller twin is only around 14.1 or 14.2 hands high, so we've done a bit of loose schooling and jumping with him. He could either go pony racing or showjumping, as he's a natural over obstacles. They're both two hardy National Hunt geldings and the smaller twin has options away from racing.

"We tried to sell Kerry Steel as a yearling, but having been a twin foal he was probably a bit small compared to the other yearlings who were there. We haven't schooled him yet but he actually jumped fences that we had up of his own accord, so we know they can both jump." 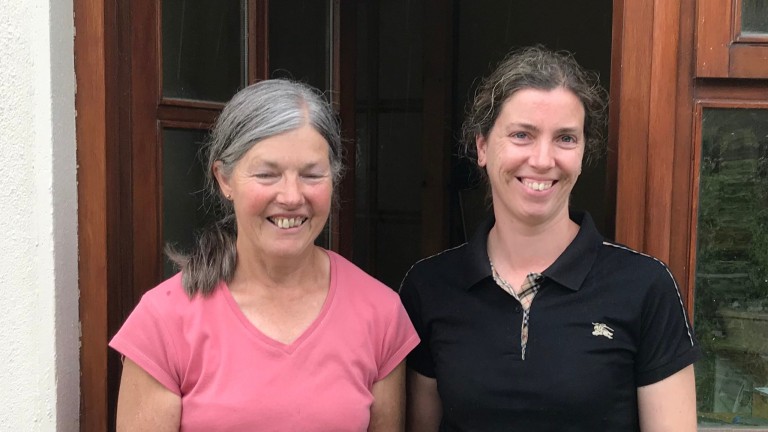 "We tend to sell them on when they get to that age," says Shanahan on their decision to move on the two youngsters.

"At one stage, the thoroughbreds were owned by the Island Bridge Racing Club. Liam Healy, who was in the syndicate and named all the horses, sadly died and so the club was disbanded after that.

"They used to race and sell them on from the point-to-point field, but now we sell them much younger and let someone else take the glory."

FIRST PUBLISHED 6:34PM, AUG 2 2019
The larger twin will go the August Sale while we've done a bit of loose schooling and jumping with the smaller twin