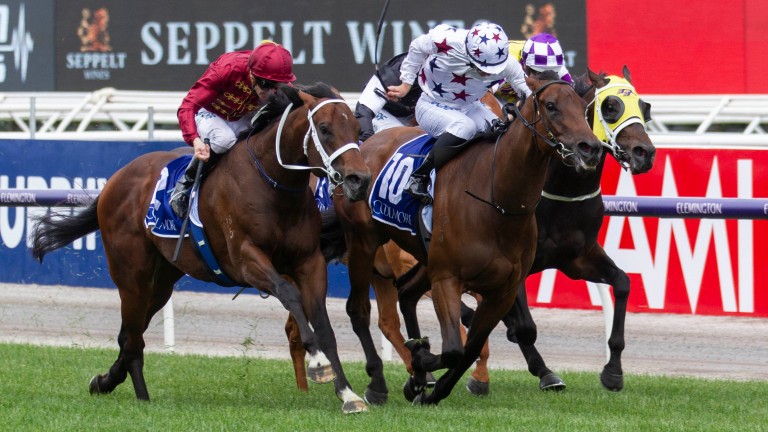 Australian sire sensation Zoustar, who will shuttle from Widden Stud in New South Wales to Tweenhills Farm and Stud in Gloucestershire for the 2019 breeding season, not only supplied his maiden Group 1 winner when Sunlight won the Coolmore Stud Stakes at Flemington on Saturday, but his progeny also recorded a clean sweep of the placings.

Sunlight, the only filly in the ten-strong field, saw off the Qatar Racing-owned Zousain by a head, with Lean Mean Machine a further length away in third.

The result consolidates the blistering start Zoustar has made to his stud career, with Zousain and Lean Mean Machine also having won juvenile Group 2s last season. Those victories helped their sire become the first Australian freshman to register over A$3 million in progeny earnings. 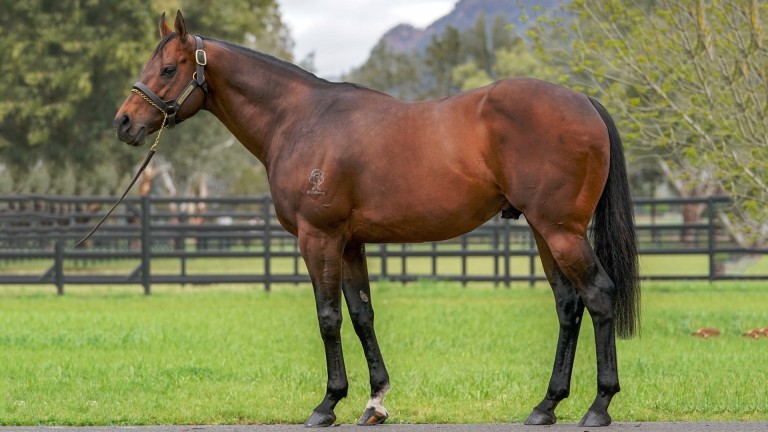 Zoustar: the record-breaking Australian sire shuttles to Tweenhills for 2019
"He's an extraordinary stallion and the result confirms that he's not just a two-year-old sire; he’s the real deal," said Tweenhills' owner David Redvers. "It's a great result ahead of him shuttling to Britain because it signposts to everybody what a good sire he already is - you can’t ignore that result."

There were, however, some mixed emotions for Redvers, as he is also the racing manager to the owner of the runner-up, of whom he said: "I think there's a lot more to come from Zousain. He's by no means the finished article and is ultra consistent.

"One hopes we will see him at Royal Ascot - and maybe even see Sunlight there too - and then we can really showcase the sire's talents to the world.

"It's exciting to see the three best three-year-old sprinters in the land and they're all by Zoustar." 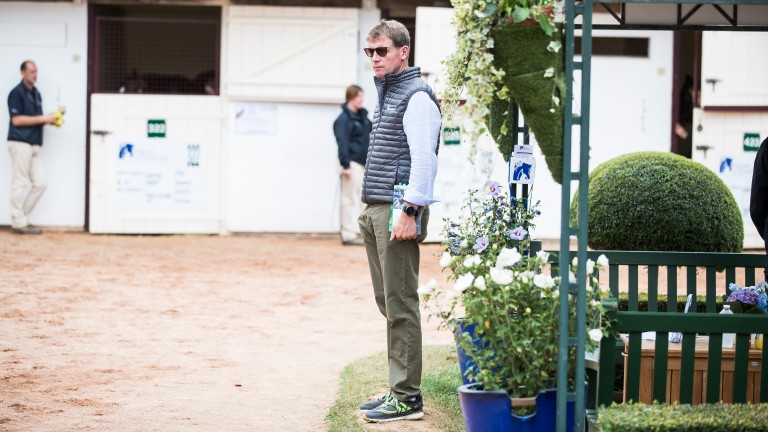 David Redvers: "It's a great result ahead of him shuttling to Britain"
Patrick McCann
Sunlight descends from a line with a rich history in the Coolmore Stud Stakes, as her sire won the race in 2013, her grandsire - the much-missed Northern Meteor - landed the 2008 renewal, while her great grandsire - the late Encosta De Lago - claimed the 1996 running.

The success for Zoustar was not the only cause for celebration for the Widden team, as the stud is also responsible for having bred Sunlight out of the dual Group 3-winning Charge Forward mare Solar Charged.

"To breed her is very special," said the stud's owner Antony Thompson. "We bought her mum to go to Zoustar and to win here is something we're very proud of. She's so dear to us. To trifecta it with horses from Zoustar's first crop is beyond our wildest dreams."

Despite having to watch his boss's runner Zousain finish second on Saturday, Sunlight's win did at least supply one of Redvers' purchases with a significant update, as he and McEvoy Mitchell Racing signed for her Zoustar sister at A$600,000 at the 2018 Magic Millions Gold Coast Yearling Sale.

Named Sisstar, the two-year-old is scheduled to make her debut in the Group 3 Ottawa Stakes on the Melbourne Cup undercard at Flemington on Tuesday.

Zoustar is one of three new names on the Tweenhills roster for 2019, with four-time Group 1 winner Roaring Lion, who is set to make his racing swansong in the Breeders' Cup Classic, and Sussex Stakes hero Lightning Spear set to join current residents Charm Spirit, Havana Gold and Hot Streak.

Tweenhills transformed into a power player in the stallion game

FIRST PUBLISHED 1:09PM, NOV 3 2018
He's an extraordinary stallion and the result confirms that he's not just a two-year-old sire; he?s the real deal