He is best-known as the sire of Elm Park 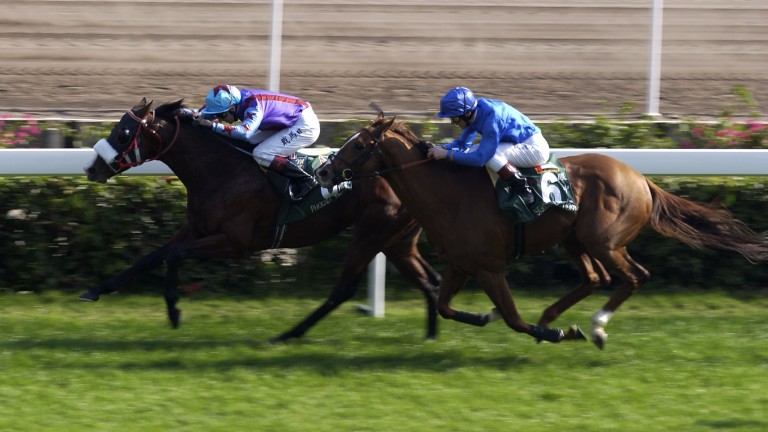 Phoenix Reach, the globetrotting son of Alhaarth who amassed almost £2 million in prize-money, will move from Mickley Stud to Winterbeck Manor Stud in Nottinghamshire for the 2017 breeding season.

The 17-year-old is entering his 11th season at stud, having stood for five years at both The National Stud and Mickley Stud.

Bred by Christine Kiernan, Phoenix Reach was bought for 36,000gns as a yearling at Doncaster Bloodstock Sales in 2001 by Andrew Christou of Winterbeck Manor Stud, who raced him in the stud's colours.

Christou said: "When you consider that he had a split pastern twice, he was like a warrior. He was one of the original pioneers in terms of taking horses abroad. His race record stands for itself. In those days to win that sort of money was some achievement."

Christou will also use his own broodmare band to support the stallion, five of whom are currently in foal to Phoenix Reach, and added: "We're going to give him as much of a chance as we can here. We are going to support him like we always have done. He's still incredibly fertile. His stock is tough and progresses with age.

"Mickley Stud did a good job with him, and then you had Elm Park winning a Group 1, and so his biggest crop won't run until next season when they are two-year-olds."