The Haras de la Cauviniere resident stands at a fee of €60,000 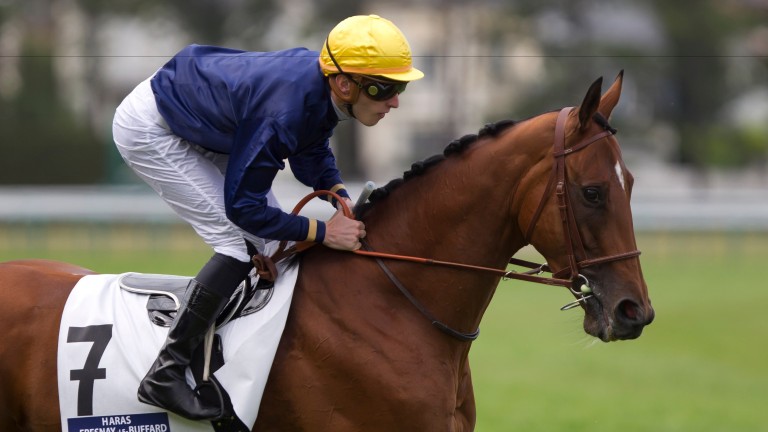 Le Havre's stature as a premier-league stallion has been reflected in the decision of Baron Edouard de Rothschild to send his homebred triple Group 1 winner Esoterique to him for her first covering this year.

Le Havre stood his first four seasons at Haras de la Cauviniere in Normandy at a fee of just €5,000 but after supplying a shedload of stakes performers in his early crops, including dual Classic heroines Avenir Certain and La Cressonniere, he is standing at €60,000 in 2017.

Trained by Andre Fabre, Esoterique finished second in the Poule d'Essai des Pouliches at three and won the Dahlia Stakes and Prix Rothschild at four.

The daughter of Danehill Dancer excelled at five, when she defeated colts to land the Prix Jacques le Marois and regular foe Integral to win the Sun Chariot Stakes. That season she also finished second in the Queen Anne Stakes and Prix Maurice de Gheest.

She made less impact at six last year but was far from disgraced when fourth in the Prix Rothschild and sixth in the Prix Jacques le Marois.

Esoterique is the best of six stakes winners out of the excellent Dancing Brave mare Dievotchka. Her siblings include Group 2 scorers Archange D'Or, Russian Cross and Russian Hope.